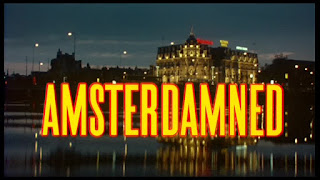 “Be glad you're afraid – it means you're still alive.” A slasher thriller version of a Dirty Harry movie by way of the canals and 'red light district' of Holland's capital city, Dick Maas' third film combines elements of bloody European murder mysteries with sardonic American police action flicks. Lurking in the murky depths of Amsterdam's world famous waterways is a crazed killer, in what is one of the most uniquely located killer thrillers ever made... 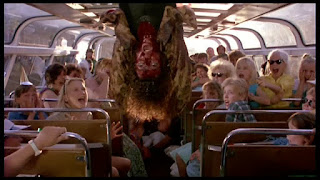 “No more money, no more bushy, and don't ask me to 'Go Dutch'.” Opening in typical slasher film fashion – with an unlucky lady of the night making her way home in the dark – Amsterdamned boasts its unique selling point from the very first frame. Rather than a heavy-breathing goon creeping through the woods or outside suburban windows, here we emerge from the waters that criss-cross Amsterdam – neon light shimmering on the surface – replete with the bubbling breaths of an aquatic menace. Is it a monster, or is it a nutjob killer who is dragging their victims into the muddy waters? 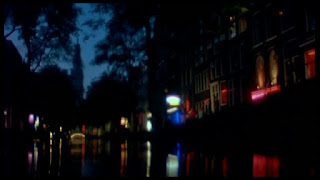 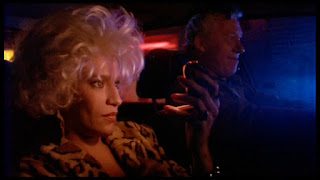 “You used excessive force and you bruised me cake!” When the woman turns up dead – hanging from a low bridge and smeared across the glass canopy of a tour boat – much to the terror of all the kiddywinks and flying Nuns on board, it's up to Eric Visser (Huub Stapel) to hunt the murderer down. Visser, Holland's answer to Harry Callaghan, is a quick-shooting sarcasm-machine and single father to boot (to a strangely world-weary daughter who likes to point his own gun at him in the bath for a lark), and when he's not putting an end to bakery robberies he's dishing out quips like the offspring of John McClane and James Bond. 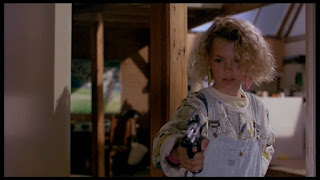 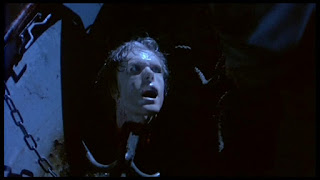 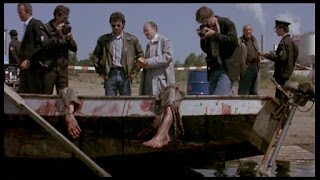 “The body's a bloody mess, only a maniac could have done it.” Inevitably the bodies keep piling up, so Visser's joined by diving expert John (Wim Zomer) – with whom he shares an ex-wife – and Laura (Monique Van De Ven), a beautiful widow and diving enthusiast with a suspiciously smug therapist in the form of Martin (Hidde Maas) trailing in her wake. Try as he might though, Visser is short on leads and long on dredged-up bodies, and to make matters worse he's got – you guessed it – a pissed off Police Chief, Commissioner, and Mayor on his ass to sort out this mess pronto! 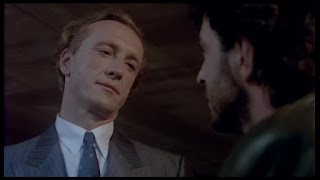 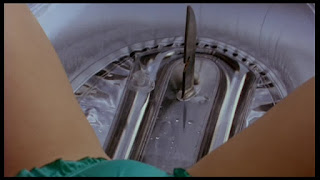 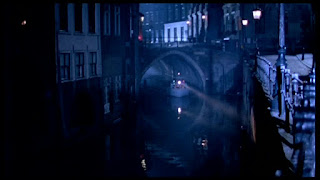 “They were the ones getting sampled.” Wearing its American influences on its sleeve (Maas has stated his preference for US thrillers over 'serious drama'), Amsterdamned shares much more in common with the action thriller than it does with the horror genre, despite often being sold as the latter to English-language audiences. Low on gore and nudity, the film is much more preoccupied with thrilling chase sequences, of which a daring speedboat race in the cramped network of canals running throughout the city is the stand-out. Boasting spectacular stunts that wouldn't have been out of place in a Bond movie of the time, Maas has a tremendous sense of place, utilising the look, feel, and idiosyncratic elements of Amsterdam which make it such a beloved city. Strange though, considering Maas' fondness for American action, that these chases lack any kind of pulse-pounding score. However, what they lack in frenzy they make up for with daring-do. 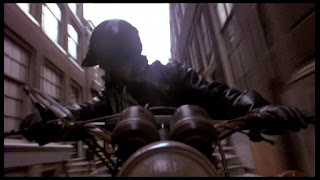 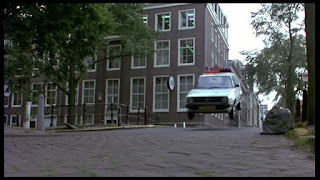 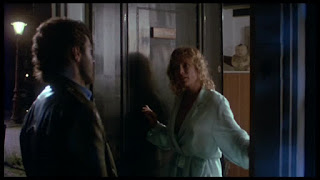 “Maybe he was teaching her to swim.” Unmistakably hailing from the 1980s in all regards – from mullets and cassette radios, to boxy Volkswagons and Europop (check out end credits track “Amsterdamned”by Lois Lane) – the film has that tongue-in-cheek, diffused lighting sensibility that was all-the-rage in the days just before the 90s kicked-in and everything got terribly drab (after all, mullets are more fun than shell suits). However, it's not all peaches and cream, with a noticeable slump early on in Act II and a filler subplot featuring Visser's daughter Anneke and her friend Willy, padding out the running time to an over-long 109 minutes. On the other hand though, there are some stellar moments – such as an ingenious, Jaws-referencing method of murder by way of a sinking boat, and a slithery motorbike chase through cramped back streets culminating in a bridge-raising climax. 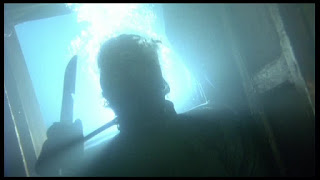 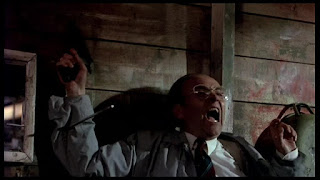 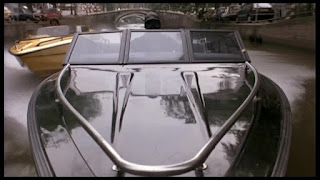 “Dirty, rotten, stinking louse!” Visually the film is strong with cinematographer Marc Felperlaan offering up well-crafted imagery from the neon-drenched district for which Amsterdam is most notoriously known, to a fog-bound night patrol. When it comes down to the mayhem though, Maas's film (which he wrote, produced, scored, and directed) is relatively tame by today's standards – the odd severed head and slashed piece of flesh aside – while the late-in-the-game reveal of the killer harks back to the glory days of the slap-dash wrap-up of the Italian giallo movement. 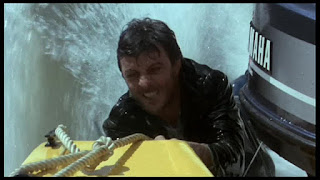 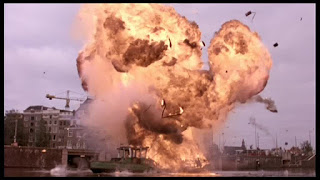 “A psycho killer in Amsterdam's famed canals.” Shameless Screen Entertainment's 37th release (2012) features a clean and clear – solid, but unspectacular – video and audio presentation. Extra features wise there's a reversible sleeve with alternative artwork, image gallery, trailers, and a 35 minute making of documentary featuring a whole host of interviews and behind the scenes footage during the film's shoot, detailing some of the key scenes such as the aforementioned boat chase. The film appears here in widescreen with a choice of English or Dutch audio (with subtitles), and is uncut: a previous UK release was missing six seconds of the merely suggestive 'knife between the legs' gag. 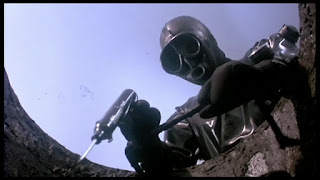 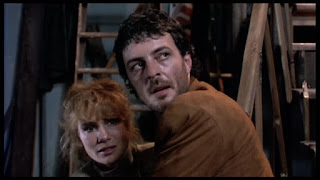 “I've never been very dutiful.” If you go in expecting a blood-soaked, giallo-style murder mystery you'll come away disappointed, but if you realign your sights for Holland's answer to Dirty Harry and its ilk, then you should find plenty to enjoy here. Despite a little flab around the edges, Amsterdamned proves to be a lesser-known slasher/thriller treat that's well worth checking out.
Posted by Nick Thomson at 16:19