Rogue cops, dessicated ghouls, beautifully restored horrors, and wandering the wasteland - some of what has set the tone of my October 2017.

What's it about?
Dom's gone rogue! Yeah, right - but there's a very good reason for his apparent switching of sides, as the word "family" continues to be flung about with gleeful abandon. A cyber terrorist hatches a plan to take control of the world's nuclear weapons, and only our favourite family of gear heads can stop them - in a series of flashy cars and insane action set pieces!
Who would I recognise in it?
Vin Diesel, Dwayne "The Rock" Johnson, Jason Statham, Michelle Rodriguez, Tyrese Gibson, Chris "Ludacris" Bridges, Kurt Russell, Charlize Theron, Scott Eastwood, Nathalie Emmanuel, Helen Mirren, and several more.
Great/Good/Alright/Shite?
The formula of family and vehicular excess is beginning to show signs of MOT failure, but there's plenty of life in the old girl yet...

What's it about?
The original superheroine finally gets her day in the realm of big budget blockbusters. This is the origin story of Diana, Princess of the Amazons, the warrior birthed of the Gods, who encounters mankind for the first time against the horrifying backdrop of World War I as she seeks to put an end to Ares, the God of War.
Who would I recognise in it?
Gal Gadot, Chris Pine, Robin Wright, Danny Huston, David Thewlis, Connie Nielson, Lucy Davis, Ewen Bremner, and others.
Great/Good/Alright/Shite?
It triumphed at the box office and was a critical success story (almost predictably so after the orchestrated clickbait bullying that Batman v Superman and Suicide Squad both received, pitched like some kind of Damascene conversion for DC) - but how does Wonder Woman sit outside all of the initial media interest and flash-in-the-pan obsession with box office numbers? The answer to gaining more female superheros in the genre is to create new, female superheros, not to lazily do an arbitrary bit of stunt writing to ask "what if this guy was a gal?" - because, if you really think about it, how insulting is that to everyone?

Newcomers to comics are disappointed to find that new releases aren't reflective of the hugely popular Marvel movies, while swapping the sex of an established character is a slap in the face to everyone. Not only is it a lazy move on the part of the writers and head honchos of the franchises, it also makes the suggestion that women aren't worthy of having their own custom-made superheroes. Furthermore, the binary sex-swap makes the insulting suggestion that women are incapable of enjoying male superheroes and that men are incapable of enjoying female superheroes, and that both can't find role models in the opposite sex - quite simply, that is utter bullshit.

Wonder Woman's history is a long one that pre-dates a vast swathe of rival Marvel's line-up of household names. Gal Gadot wowed in Batman v Superman (with a spine-tingling soundtrack riff to accompany her), and with DC getting a handle on their 'Expanded Universe', it was likely that Diana Prince's solo flick would turn out to be a cracker - and it certainly is. The film finds the perfect balance between DC's ability to 'go dark' (the merciless slaughter of World War I) and a sense of humour, warmth, and compassion...

TWD returns with its 100th episode, but rather than make a spectacle from that particular gimmick, it instead gets on with the task of kicking off 'All Out War' with plenty of bang for your buck. Here's three brand new memes for the new season.

Click "READ MORE" below to see the rest of this episode's memes **MILD EPISODE SPOILERS AHEAD**... 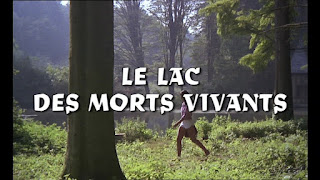 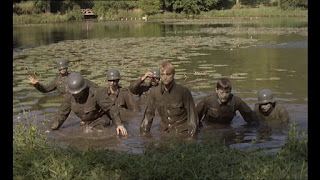 Click “READ MORE” below to continue the review and see more screenshots…
Read more »
Posted by Nick Thomson at 11:21 No comments: 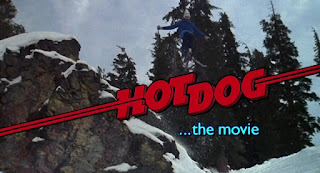