A Token of New York City's Sordid Past

Along with my copy of the latest Sleaze Fiend Magazine (Issue #3.5, a combination best-of/new material, out now), my Editor in Chief Nick “Bat32” Canales also included a little slice of New York City's grotty past for me – a Show World token.

Show World was located in NYC's Midtown area on 8th Avenue, close to the notorious 42nd Street (hallowed ground for grindhouse cinema fanatics), and was opened in 1977 by Richard Basciano, sometimes nicknamed 'The King of Porn'. Show World was the adult emporium against which all others measured themselves, and featured a variety of x-rated pursuits. Those who dared to enter into the neon-streaked building could buy these octagonal brass tokens for a quarter – 20mm in diameter – and feed them into coin slots, which would raise a partition and reveal a live nude performance on a stage, flanked on one side by a series of private booths (and a mirrored wall on the other)... 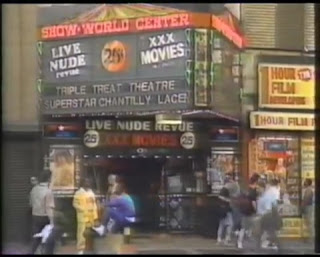 During the 1970s New York City went bankrupt, which saw a reduction in the police force and, naturally, a surge in criminal behaviour which continued to worsen throughout the 1980s. One extreme begets another, of course, and the 42nd Street Development Project came into being and saw the systematic closure, sale, and even eminent domain seizure of the buildings in the Times Square area – particularly on and around 42nd Street. 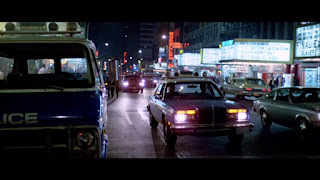 While many of the grindhouse cinemas and sleaze joints in the area were gutted or even torn down entirely (having fallen into a near-derelict state in some instances), certain pockets of adult entertainment persisted: Show World included. However, after the election of Rudy Giuliani as Mayor of NYC, zoning laws were tightened in 1995 (forcing the closure of numerous businesses). Further pressure was placed on emporiums of grot such as Show World when live performances were shut down in 1998. All this was on top of the 60/40 rule, which meant that 60% of what was on sale had to be non-adult in nature, usually cheap tourist tat, t-shirts, and even wholesome family films on VHS & DVD – now that must have quite been an incongruous sight, but perhaps an ideal alibi for customers visiting on-the-sly! 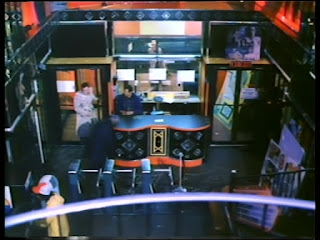 Numerous movies which were shot in New York during the 1970s and 1980s featured glimpses at 42nd Street, such as Taxi Driver, The New York Ripper, and Nightmares In A Damaged Brain, the latter of which features a whole sequence actually filmed inside Show World itself. 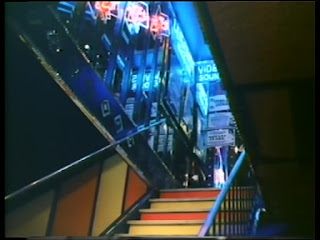 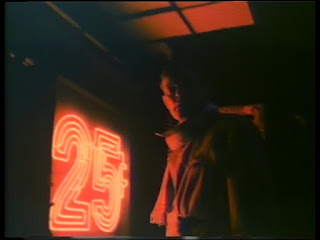 Show World was closed in 2004 and demolished in 2008, and was one of the few remaining hints of New York's sordid and dangerous past from when the metropolis' Midtown area was otherwise known as 'Fear City'. In addition to the fancier and more expensive Silver Dollar tokens (which tended to be used for the 'Private Fantasy' booths – imagine two telephone kiosks stuck together with performer on one side and customer on the other), Show World also at one time utilised circular tokens with a 'Fun & Fantasy' banner slogan printed on them, but the octagonal brass tokens are the most synonymous with its lurid history. While the tokens originally cost $0.25, today they can go for as much as $10 to $20 on eBay.
Posted by Nick Thomson at 17:15