Indie filmmaker and zombie fan Reese Eveneshen (Writer/Director/Cinematographer) previously made waves on the low budget indie zombie flick scene with his 2007 remake of Night of the Living Dead, and with the follow-up film – Dead Genesis – Eveneshen seeks to tread familiar ground with a serious approach and bloody-minded ambition. 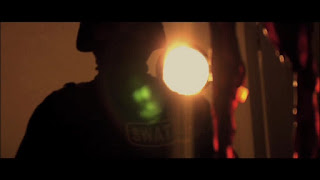 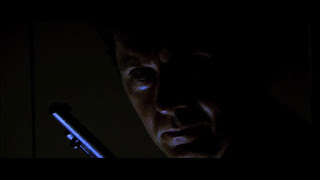 “It's not a war, it's us kickin' ass!” Beginning on Day 1 of the zombie apocalypse, we are quickly whisked through to Day 231, with the crumbling of society, and a push-back by the living, scanned-over with highlights. Families are literally torn apart (in an eye-widening first five minutes that separates the men from the boys), lawlessness takes over, and the 'War on Dead' begins with local militias becoming heroes of a resurrected New Media Corporation. Stories of hope and survival are transmitted to survivors as mankind sets about taking back what's theirs – but at what cost to their humanity?

In terms of tone, Dead Genesis is gritty and dark, save for one out-of-place sequence early on regarding the 'Pro-Zomb' movement which inevitably becomes overtly farcical – for a brief few moments, a film that began with blood-soaked infanticide, takes a single detour into dark comedy. It makes for an interesting, but awkwardly-placed, dividing line within Eveneshen's post-apocalyptic society. 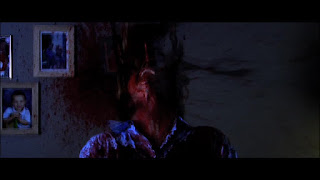 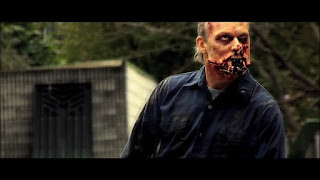 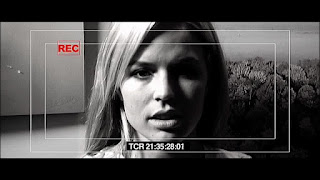 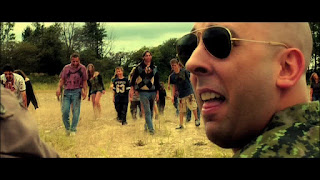 “Congratulations Sweet Pea, you just made the bucket list.” With such an extensive cast, only a handful of them are afforded the time for deep characterisation, and as a result of having to take the time for Hurst to interview them all, the second act pacing seriously dips. The gas pedal is released and the film temporarily gets lost in the woods (where the majority of the film takes place); it's only when the team take a detour to 'Necropolis' – and a decidedly dodgy bar, run by a jovial/sleazy entrepreneur – that Dead Genesis once again finds its sense of direction, and its penchant for disquieting the viewer. Ultimately the film is about the journey of Jillian from naïve cub reporter to hollow-eyed survivor – a central plot that displays a mature and world-weary examination of post-9/11 society, but one which would have benefited from some judicious editing and re-focusing, at the script stage, for the unwieldy middle-portion. 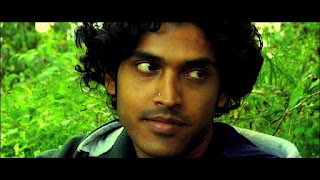 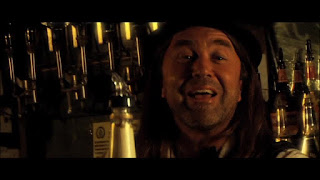 As a low budget indie, the scale is impressive and the serious tone demands respect (Eveneshen seemingly also fed up with the sheer onslaught of decidedly iffy 'zomedies'), and like most low budget indies, you can see the filmmakers improving, and climbing the learning curve, as the film progresses – the same can be said of the cast, who gradually find their characters (and their on-screen confidence) over the course of the running time. There are some presentational issues along the way – seemingly dubbed dialogue that leaves something to be desired at times, overly-shaky camera work, and some digital break-up to the visuals during the woodland scenes. On the other hand, the special make-up effects (by Mitchell Stacey) are gleefully gruesome – particular highlights being an impressively powerful head-shot, and some flesh-ripping scenes that rival similar moments from much larger horror film productions. 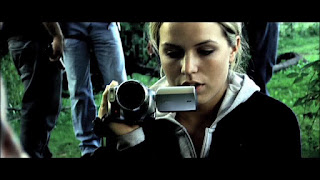 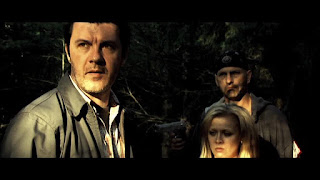 “God will judge you. God will judge all of you!” I've seen some real dreck – with bigger budgets – in the world of indie zombie films, so it's pleasing to report that Dead Genesis is one of the good ones. It's certainly not without it's fair share of issues, but this effort is very respectable – and illustrates a strong step-up by Eveneshen & Co from their 2007 re-do of George A. Romero's Night of the Living Dead. This film is the work of dedicated and talented individuals who are starting out in what will hopefully become illustrious careers – they're certainly worth keeping an eye on.

“Welcome to the war, Sweet Heart.”

To find out more, visit: www.deadgenesisthemovie.com
Posted by Nick Thomson at 18:27