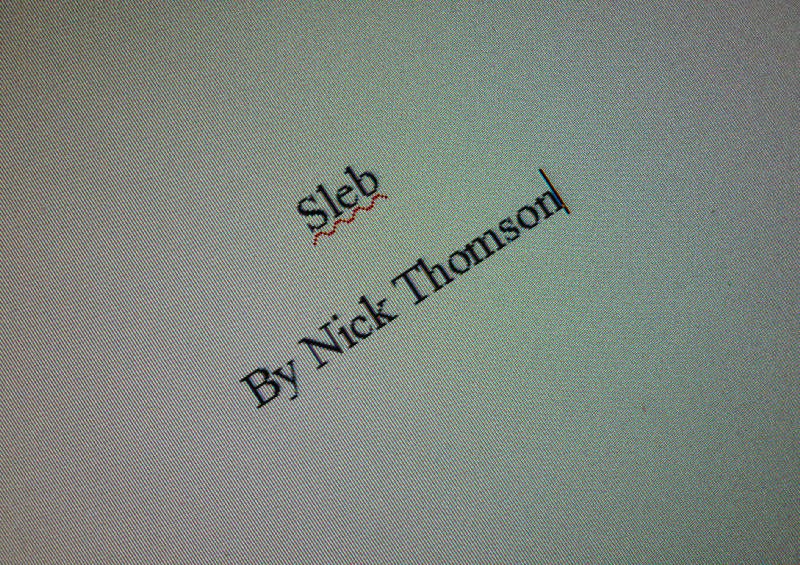 I've mentioned a couple of times in recent weeks that I was planning a new project for the coming few months and so, without any further obtuse references to it, my new project is: adapting my screenplay "Sleb" into a novel.

Throughout January and February I've been researching the how's, why's, and huh's, of self-publishing an eBook on Kindle, as well as expanding the universe and style of prose for "Sleb", a comedy-drama crime thriller (with a hint of conspiracy) set in 'anywhere celebrityville' against the gaudy backdrop of infamous starlet, and central character, Roxie Black.

It's going to take some serious writing, most definitely, but there's a great appeal to me with this project. I'm decidedly chuffed with the screenplay version of the story, but in wanting to add feathers to my bow (and increase my chances of writing success) as well as cut out the 'middle people' in order to go directly to the market of potential paying customers, I felt - after some serious consideration - that adapting the script into a novel would be ideal. 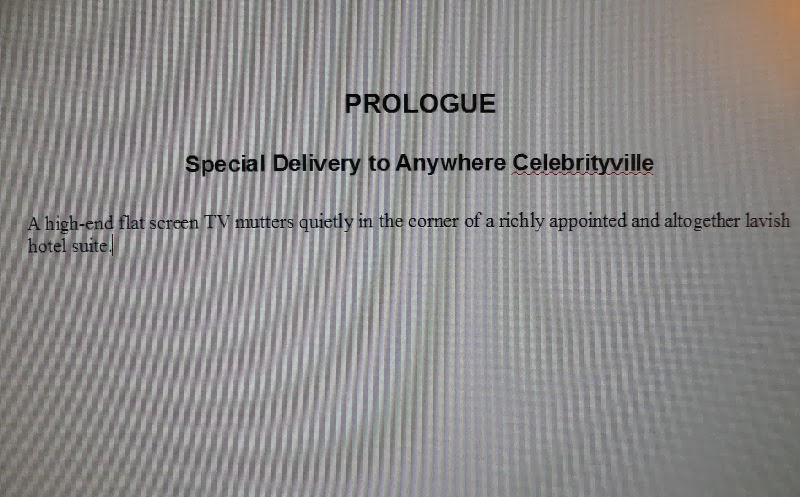 The first line of many ... subject to change, of course.

The script version is jam-packed (but not over-stuffed), with plenty of scope for expanding the story to examine certain side characters, plots, issues, and themes a little further. More room to breathe, essentially, and in a manner that unleashes the prose from the general strictures of screenwriting. I do enjoy the sense of immediacy and brevity that you gain from a script, but the chance to explore an expanded version of the universe inside my head will be a welcome change of pace and a suitable challenge.

Having gradually developed my writing over the years (from short stories to scripts, and whatever else in-between) I'm excited to push forward into a wider territory that is both familiar and new.

More info and updates on the "Sleb" novelisation as-and-when.
Posted by Nick Thomson at 17:45