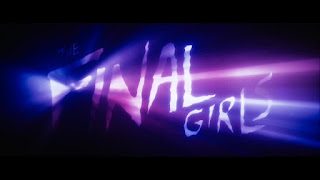 “They won't be singing kum-ba-ya, they'll ve screaming kum-ba-noooooooo!” Taking the bulk of it's cues from Sean S. Cunningham's iconic 'slasher flick that defined the 80s' Friday the 13th (1980), The Final Girls (not to be confused with the entirely unrelated Final Girl) is a meta comedy-horror mash-up in which a group of friends attend a screening of 'Camp Bloodbath', only to end up journeying into the film itself. However, if they thought it was going to be difficult escaping the machete-wielding Billy Murphy, they clearly didn't stop to think about getting their camp counsellor cohorts – pre-destined to fornicate with abandon – to keep their zips up and their buttons fastened... 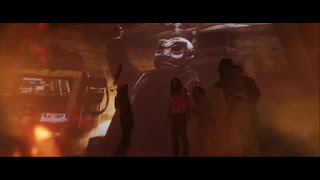 “I don't think Billy's the only problem!” Max Cartwright (Taissa Farmiga, American Horror Story: Horror House) is the daughter of single mother and jobbing actress Amanda (Malin Ackerman, Watchmen), former star of Camp Bloodbath – and a few other slasher flicks – whose career is down in the dumps. Struggling for parts to pay their mounting bills, things might not be particularly rosy but at least they've got each other … until fate suddenly intervenes and Amanda is killed in a car wreck. 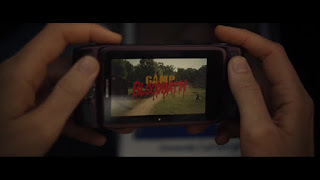 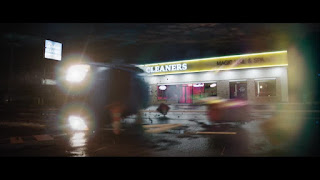 “You came back! Yay!” Three years later and Max is gripped within a helpless malaise of grief, and finds herself being dragged along to a Camp Bloodbath double-bill screening by horror nerd Duncan (Thomas Middleditch, Silicon Valley). Joined by pill-popping Vicki (Nina Dobrev), sports hunk Chris (Alexander Ludwig), and BFF Gertie (Alia Shawkat, The To-Do List), the gang settle in for some good old fashioned 'sex=death' horror hijinks, only for a fire to engulf the entire theatre, forcing them to hack their way through the silver screen and, somehow, into the world of Camp Bloodbath! 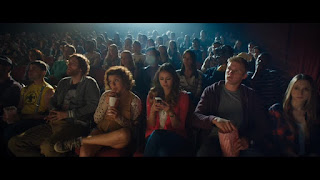 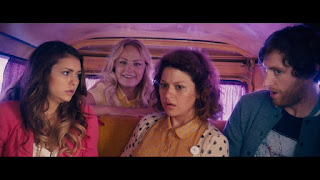 “It's the movie – the movie won't let us leave!” Now trapped within the movie – which repeats every 92 minutes like the worst ever case of deja vu – Max and company encounter girl-mad jock Kurt (Adam Devine), full-bore nymphomaniac Tina (Angela Trimbur), and – herein lies the rub – Nancy, as played by Max's mother. Forming a surprisingly resonant emotional core to the film, this bizarre 'back from the dead … sort of' encounter drives the film as the gang desperately try to outwit the cast iron inevitability of a 1980s slasher movie and get back home safe, sound, and preferably not diced into little pieces. Naturally though, the obvious plan of sticking to Camp Bloodbath's 'final girl' like glue doesn't exactly go according to plan. 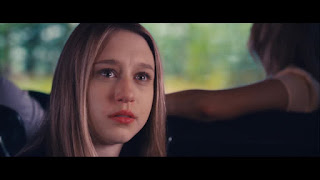 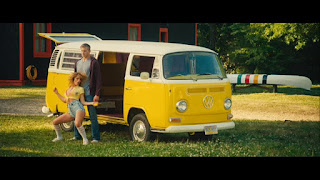 “The moment a top comes off, Billy shows up.” Written by M.A. Fortin and Joshua John Miller, The Final Girls gleefully plays with genre convention and the curious reality of the 'film within a film' that is Camp Bloodbath. On-screen titles appear floating in mid-air where birds can land on them or passers-by can trip over them, flashbacks turn everything black and white, and blood is … most definitely not corn syrup. Utilising slasher clichés as much as it pokes fun at them, The Final Girls proves to be an inventive, sneakily humorous, and rather emotional affair. Indeed, it's the latter aspect that impresses most, providing the film with some of the 'child meets oblivious parent' vibe from Back to the Future by way of the cruel hand of fate. Farmiga and Ackerman, both on fine form here, breathe life into their characters to the extent that – in what is essentially a slasher movie – it threatens to get some tears rolling. 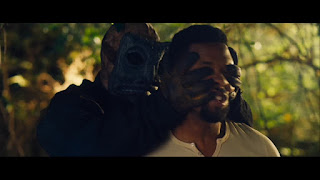 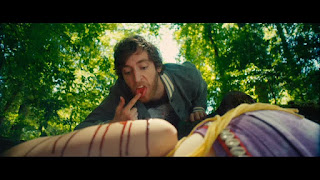 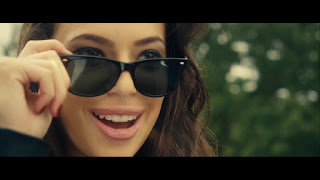 “So wait, is New Wave real? But I'm not real?” Featuring a veritable check list of cast members – the slut, the jock, the shy girl, the quirky guy, and the lost-in-the-woods cannon fodder – Director Todd Strauss-Schulson's witty spin on slasher convention does, at times, slide away from its uniquely irreverent intentions towards becoming its own stalk-and-slash vehicle. However, being that this was a PG-13 in America (translating to a very soft 15 certificate in the UK), it feels strange – even a little distracting – that the film can never indulge in the vices that horror nerd Duncan so vividly describes after one particular highlight in which the gang stumble into Camp Bloodbath's first murder sequence. That said, what The Final Girls lacks in graphic entertainment, it makes up for with a stylish presentation: from a grandiose motion control sequence to a dream-like descent into woozy slow motion backed up by a 'synth wave' score (think Harry Manfredini by way of ROB and John Carpenter). 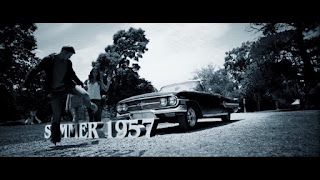 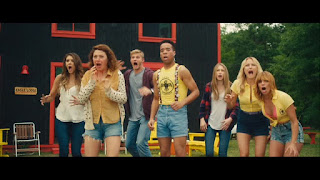 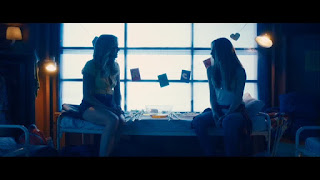 “Okay, where's the beef?” Considering the target of its meta-commentary, The Final Girls really should have gone whole hog and been an R-Rated comedy, as the PG-13 rating robs it of any chance to seriously indulge itself, or pack-in gags about OTT Savini-like gore. Where the film shines though, is in its script, which combines self-aware wit and a well-handled dose of heart, affording Farmiga and Ackerman plenty of meat to chew on while the rest of the impressive cast – especially Middleditch and Trimbur – deftly handle the absurdities of their situation. It's not the most original meta horror comedy out there (Scream beat it to several slasher-skewering punches nearly twenty years earlier), but the 'inside the movie' shtick affords the film numerous chances to put together something quite special. 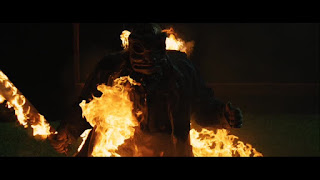 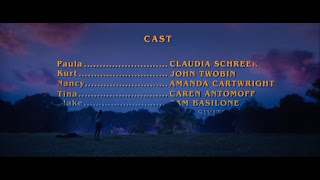 “Trust me, this last battle will blow your minds.” Sony Picture's DVD features a Cast & Crew Commentary, a selection of okay Deleted/Extended/Alternate Scenes, and a couple of VFX/Pre-Vis demonstrations; the gag reel plays during the credits.
Posted by Nick Thomson at 16:27