The Girl Who Knew Too Much (Mario Bava, 1963) Blu-Ray/DVD Review 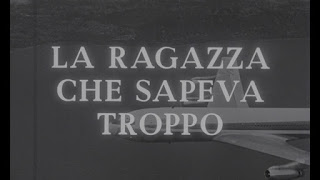 “Don't you see it over there? Blood. Blood everywhere!” Originally intended to be a frothy romcom about tourists on an adventure in Rome, when horror maestro Mario Bava (Black Sunday) entered the project, it changed into something altogether darker. Not only did Bava transform the film, but he altered the face of murder mystery cinema. Tracing its roots through Agatha Christie, Edgar Wallace, the German 'Krimi' films, and Hitchcock, the giallo film – named after the yellow colour of pulp novels detailing lurid murders and twisted crimes – was birthed by Bava. 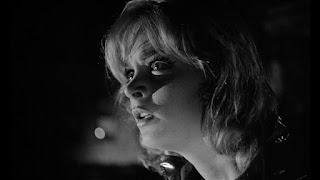 The genre, which he would finesse the following year with the technicolour terror of Blood and Black Lace, was turned – by Dario Argento (The Bird With The Crystal Plumage), Sergio Martino (All The Colours of the Dark), et al – into a hugely popular cinematic movement. So successful were the gialli, in-part through their sexuality and blood-splashing violence, that the American slasher film came to pass (Bava's own A Bay of Blood gave particular inspiration to Friday the 13th Part 2). The importance of giallo films in the history of genre cinema cannot be overstated. The transition, from paperback to celluloid, happened here: The Girl Who Knew Too Much... 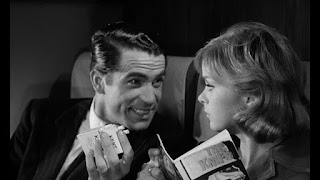 “Young, full of life, romantic, she satisfied her desire to escape reality by reading murder mysteries.” Nora Davis (Letícia Román), a twenty year-old American secretary, is visiting a family friend in Rome – but before the plane lands she already finds herself in the deep end. A smooth man gifts her a pack of smokes, only for her to discover he's a drug smuggler – shipping cocaine and the dreaded 'marijuana cigarettes' – and instantly, with her hyperactive imagination, she's thrown into a whirlpool of panic. Fortunately she makes it through customs, but if she thought that was the end of her adventure, she was sorely mistaken. 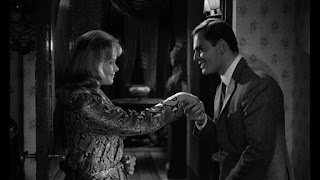 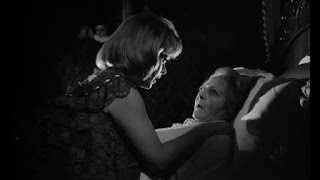 “This young man is the culprit who wants to keep me in bed.” Greeted at the home of Mrs Ethel Widnall – the woman with whom Nora is staying – by Doctor Marcello Bassi (John Saxon, A Nightmare on Elm Street), who has been eagerly awaiting her arrival, it turns out that Ethel is unwell – and that night events begin to conspire against Nora. In the midst of a storm – which cuts the power and phones – Ethel dies, driving the overwrought Nora out onto the shadowy streets of Rome in search of help. However, help is the last thing she finds when she is mugged and knocked unconscious on the famous Piazza di Spagna. When she awakes – her vision a shimmering blur – she witnesses a murder: a woman stabbed in the back and the stalking killer looming in the darkness. Overwhelmed, Nora faints. 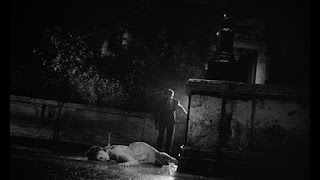 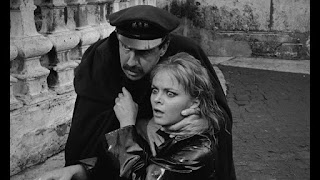 “Looks like she's drunk – and naked underneath her raincoat!” Roused by a policeman in the cold light of day – and mistaken for a booze-addled hysteric – Nora's wild tale of murder and mayhem is rubbished as delirium. It was raining – so there is no blood – no residents heard a sound over the storm, and Nora is a known obsessive when it comes to murder mystery stories. Pitied by puritans and dismissed by doctors, only Laura (Valentina Cortese) – a pleasant but lonely friend of Ethel's – gives any credence to her claims. 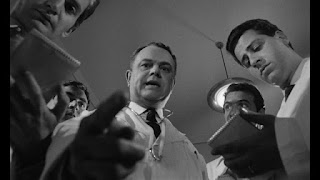 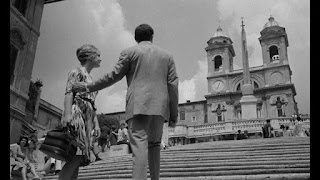 “Have you considered that you may have dreamt the murders?” Laura encourages Nora to stay in her lavishly decorated home – practically the literal doorstep to the crime Nora witnessed – as someone to look after the home while she and her workaholic husband are away. As it transpires though, ten years prior – outside that very home – Laura's sister Emily Craven was slain by the 'Alphabet Killer'. A – B – C – and Nora's surname begins with the letter D! Has the killer returned, who is her mysterious voyeur, and will she be the next to die? 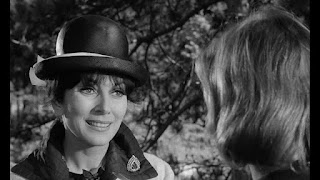 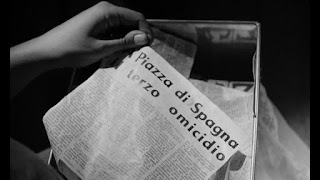 “Let's go solve the mystery.” Establishing many of the key elements of the giallo film – a stranger in a foreign land acting as a civilian detective, suspicion of institutions (the police, religion), location shooting, an untrustworthy point of view, and a female protagonist striving for truth in a male dominated world – Bava's film may have receded into the shadow of his own Blood and Black Lace (1964), but it set the formula from which an entire movement evolved. Written by Enzo Corbucci, Ennio de Concini, and Eliana de Sabata, with Mario Bava, Mino Guerrini, and Franco Prosperi, The Girl Who Knew Too Much – the title a clear nod to Hitchcock's The Man Who Knew Too Much (1934, and 1956) – is a story of perception. 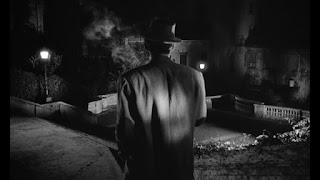 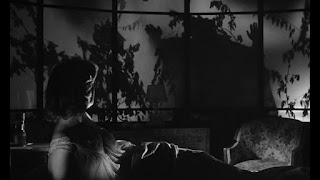 “Don't kill me! I didn't see anything. I won't say a word!” On the one hand there is Rome in the daylight – where tourism and burgeoning sexuality run free and frolic – but on the other there is Rome in the depths of night. Hidden possibilities, dark passageways, the liminal spaces of stark white doorways leading to pitch black rooms as a silhouette hovers on the threshold, it is in the moonlight that Nora's supposed make believe comes true. It is here, under the cloak of darkness, that Bava – acting as his own cinematographer – conjures up beautifully crafted images. Slashed and moulded with streaks of light, his vision plays with the mirroring of a rain-lashed puddle, the unreality of a morgue, and the stark emptiness of an abandoned apartment. Indeed, there are numerous stand out sequences throughout, but the best of them all is the murder on the Spanish Steps, which takes a famed tourist hot spot and turns it into the gateway to a nightmare. But, most of all, Bava perceives Román with his camera as both a beatific youth, and a haunted loner lost in a foreign place that only gets stranger the more she stares wide-eyed into the void. 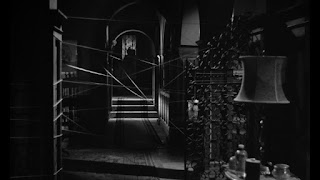 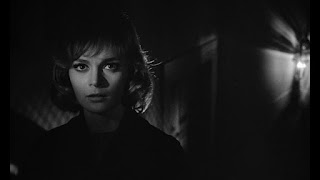 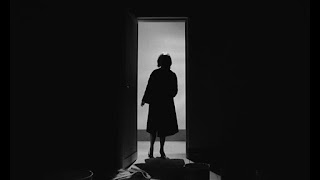 “Only the truth at this point could restore her sleep. And she had to look for that truth alone, even at the risk of her life.” Underscored by a stark day/night mix of 60s chic and sinister strings music, Bava's film – in its original version – takes on the transitional role of a pulp novel by way of celluloid with the added help of a narrator, as if plucked from the pages of one of Nora's favourite books. While this male voice provides an insight into Nora's tumbling thoughts, it also exemplifies the widening divide between men and women at a time of social change. There are moments of tonal unbalance – a running gag with a broken finger clashes with the simmering, almost predatory, roughness of a mere kiss on the beach – but Bava's intentions are never far from the intriguing fears that pique our yearning to look behind that locked door. As a counterpoint, there is American International Pictures' re-dubbed, re-scored, re-cut version “Evil Eye”, which re-instates excised footage (and a different ending) to pay more focus to the frothier elements that Bava saw fit to restrain. 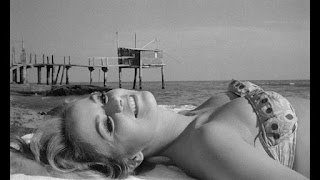 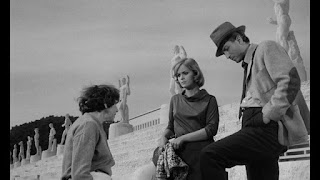 “You have the blessing of youth.” Arrow Video's 2014 three-disc Blu-Ray/DVD presentation maintains the label's commitment to genre films of decades past. The HD restoration of the film – presented in two versions (Bava's in 1.66:1, AIP's in 1.78:1) – provides a fresh, crisp image, albeit one that still displays numerous scratches and instances of grain. The mono 2.0 soundtrack is clear, featuring The Girl Who Knew Too Much in Italian (with optional English subtitles) and Evil Eye in English (again with optional subtitling). When it comes to extra content, this release isn't exactly heavy with treats – although the inclusion of the AIP version is most welcome – but in addition to a Tim Lucas commentary track, trailers, and introduction, there is a warm 2007 Anchor Bay interview with John Saxon, and a new twenty-two minute featurette. Further reading on the film is provided with a booklet in which Kier-La Janisse's essay provides a fascinating view on the film from the angle of the 'medicalisation of women' via the popularisation of psychoanalysis and the 'paranoid woman' cycle of films that were ever present during the mid-20th Century. 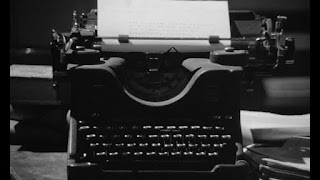 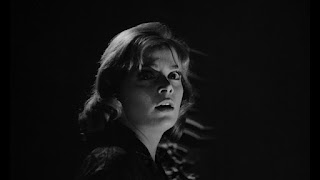 “She felt as if a sinister light were beginning to dawn inside her.” Highly recommended viewing for any self-respecting fan of the giallo movement, this is where it all started, built upon a well-established literary tradition. The Girl Who Knew Too Much is a highlight of Bava's filmography, a time capsule for the developing sexual schism of the 1960s – a clash of new freedoms and old traditions – but above all else, Bava's film is a classic of Italian murder mystery cinema.

N.B. The screenshots are taken from the DVD copy of The Girl Who Knew Too Much, included in this set. To view HD screenshots (and a comparison of various releases of the film), check out this DVD Beaver article.
Posted by Nick Thomson at 17:17