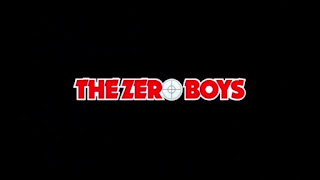 “Eat your heart out, Sly.” You know how it is with so many slasher movies – pretty people making dumb decisions and splitting away from the group only to end up with a butcher knife through their face. But what if those genetically gifted college kids weren't so dumb? What if they did their utmost to stick together? What if they were armed with semi-automatics and TNT?... 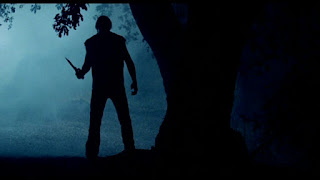 “You know, this is filth. It's trash. It's perverse and disgusting … I'm gonna subscribe.” Directed by Nico Mastorakis (Island of Death, Hired to Kill), who co-wrote the screenplay with Fred C. Perry, The Zero Boys is a genre mashing, synth-soaked thriller about the titular paintball enthusiasts who find themselves battling to survive for real when they happen across the wrong woodland cabin. Steve (Daniel Hirsch), Larry (Tom Shell), and Rip (Jared Moses) are college kids who grew up watching westerns and WWII movies. For these boys, war is a game – as evidenced by their heroic stances and dramatically over-the-top 'deaths' during the paintball tournament. Champions of the Weekend Warriors Survival Games, The Zero Boys head off to the woods to celebrate – with rival Casey's girlfriend Jamie (Kelli Maroney, Chopping Mall) tagging along. 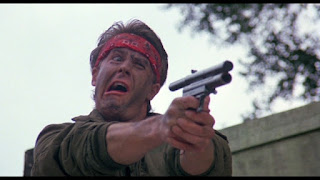 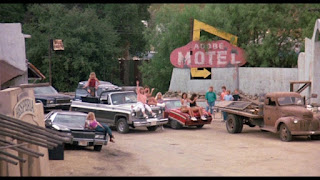 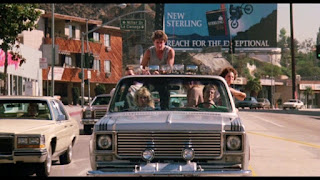 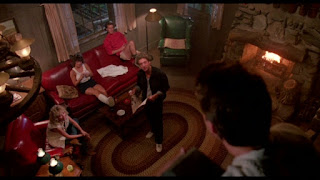 “Don't baby cakes me, stupid asshole.” Fitting in with The Zero Boys' rogue rule-breaking vibe, Jamie is a tough chick who speaks her mind, educated and forthright, she can simultaneously call out the boys' macho illusions while also being a good hang – until she hears a scream and glimpses a woman fleeing through the woods, at least. With night drawing in, Steve, Jamie, and the gang stumble across a cosy cabin that is stocked with treats (and tricks) and settle in to weather the incoming storm. So far, so slasher movie set-up. Indeed, it's not long before curious noises, stalking cameras, and spooky shadows reset the tone, bolstered by a car that won't start and the sight of a knife-wielding silhouette menacing them from the tree line. With no car, no phone, and now no lights, this would usually be the point at which sex-crazed teens would split to the nearest bedrooms for a quick bunk-up despite the danger, but these sharp-looking kids have a crate full of semi-automatic weapons at their disposal. Yes, it seems that in order to train for fake combat with paintballs, The Zero Boys use real guns and ammo! Where's the logic in that? Don't know, don't care. 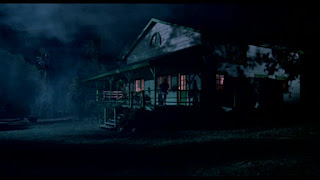 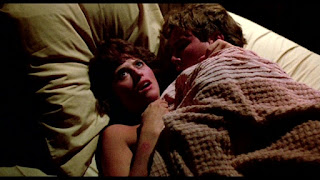 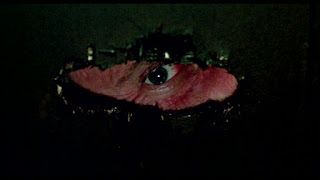 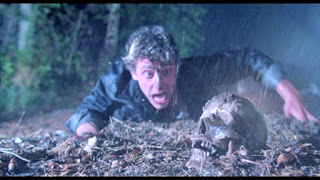 “It wasn't me – it was Jason!” Trapped in the woods, it quickly becomes clear that these snarky California Stallone-wannabes are facing off with a machete-wielding backwoods maniac (Joe Estevez as Joe Phelan) whose barn has been converted into a torture chamber replete with hidden rooms and high tech video equipment to capture every painful moment on tape. Having no doubt grown up on their Uncles' blood-soaked stories from the Vietnam war, The Zero Boys are now facing multiple veterans whose experiences have fried their brains and turned them into psychotic killers intent on bringing the war home, punji pits and all. 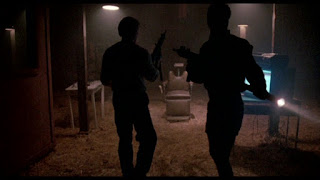 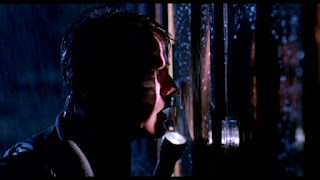 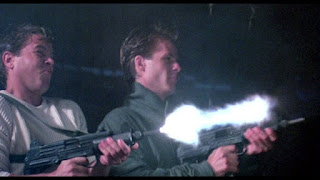 “No heroics from now on, we've got to stick together.” The tropes of the slasher genre are well observed, simultaneously playing towards and subverting expectations, with Mastorakis successfully staging numerous scenes of action and suspense as Cinematographer Steve Shaw photographs everything beautifully, capturing sensory details like mist blowing through reeds and effectively lighting the scenes for both clarity and tension with gusto. Slasher fans might also recognise the cabin and barn locations – albeit in their remodelled form here – as the film was partly shot at Veluzat Motion Picture Ranch in Saugus, California, which is where the bulk of Friday the 13th Part III was captured. It's one thing to have the characters name-drop Jason, but to actually film in his stomping grounds? Nice! 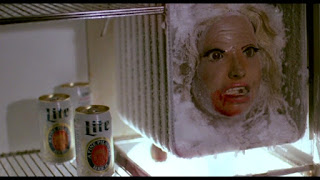 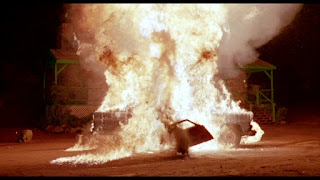 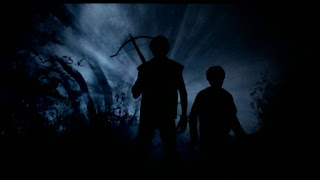 “Relax, it's just cheap California stuff.” Draped in the aesthetics of a slasher movie (which was one of the dominant genres in the mid-1980s in both cinema and rental markets), The Zero Boys is really more of a survival thriller, so don't go in expecting a high body count or gruesomely gory set pieces. However, do expect surprisingly switched-on characters – particularly Jamie, who often gets to drive the narrative, even if Maroney gets a little sidelined in the second act. Confidently directed, smartly written, and revved-up from the get-go with it's swooshing title sequence, The Zero Boys is a heck of a fun time. 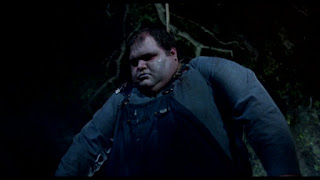 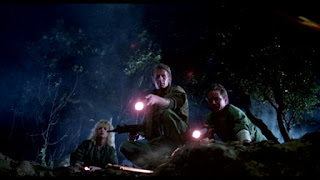 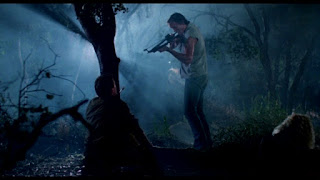 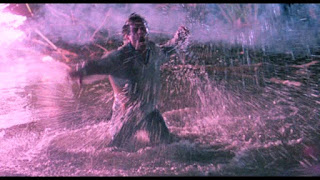 “The boys may be zeroes, but the girls are tens.” Brought back to the fore by Arrow Video, this typically tip-top restoration rejuvenates a solidly entertaining genre hybrid that may have flown under your radar. Featuring a commentary with Kelli Maroney, a quirky self-interview with Mastorakis, cast interviews, music videos, stills, and trailers, this is a solid package for a particularly entertaining eighties flick. Fun facts: the synth score was written by Stanley Myers and future Hollywood giant Hans Zimmer, while working in the art department was none other than Frank Darabont of The Shawshank Redemption fame.

N.B. Screenshots are from the DVD.
Posted by Nick Thomson at 11:26