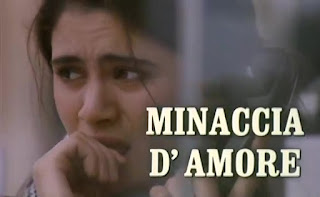 “I'm expecting an important call – a call that never comes.” Directed by Ruggero Deodato, the rogue journeyman filmmaker behind the notorious video nasty Cannibal Holocaust, this is, put simply, a movie about killer telephones jealously menacing a fashion model – why would you need a longer introduction than that?... 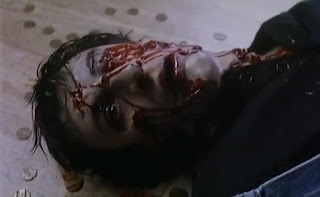 “Break the telephone. The young kids of today, what do they want?” Jenny (Charlotte Lewis, The Golden Child) is a British model working in Italy, persistently trying to get in contact with an old flame who can never be reached. Trying once again, her call is rerouted to a nearby abandoned apartment, which is the location for a combination Love/Suicide Hotline … seriously. As soon as the cleaning lady (who's got twenty years worth of dusting to do) turns up, the ceiling fans go wild and a sink overflows with blood – and so begins a series of murders … committed by telephones! 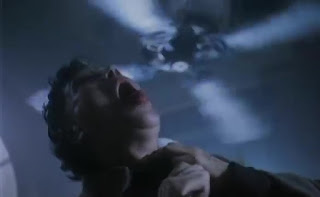 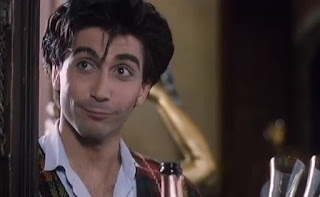 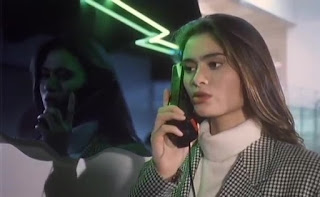 “You've got to be a philosopher, working underground all day for the telephone company.” Finding herself pestered by a series of bizarre phone calls – some pervy, some just a cacophony of garbled voices – Jenny meets her new neighbour Riccardo (Marcello Modugno), who becomes her dependable rock as the telephone troubles escalate. Having already bumped off a cleaning lady for … reasons? … the mysterious force lurking in Italy's landlines displays its rampant jealousy by murdering all of Jenny's beloved fish. How? A weaponised ringer, which is also capable of driving a human being into a state of suicidal hypnosis, of course! What was imbibed while dreaming this up – and can I have some? 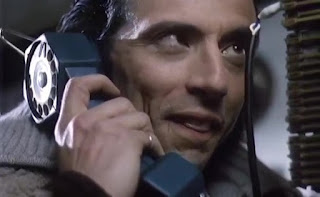 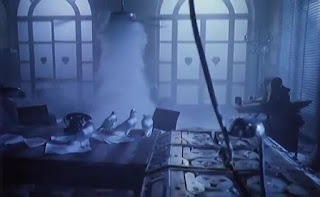 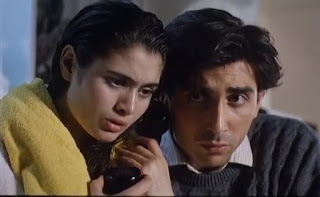 “What about bad angels – do they exist?” What on earth is going on, is exactly what the characters and the audience are simultaneously thinking at this point. Even Jenny's musician/phone technician friend Mole (Mattia Sbragia, The Passion of The Christ) hasn't the foggiest idea, beyond the line possibly being 'overloaded'. Yeah, and then some, pal! Suffice to say, whatever is lurking in the phone lines is giving off mixed messages, as it proceeds to both protect and taunt Jenny. When a creepo in double denim attacks her in the subway, he's slain by a nearby bank of payphones which fire loose chain like bullets. When Riccardo tells Jenny not to go near the phone – and she then immediately does the opposite – it blows erotic air down the line and turns her on! How? Why? What?! If you're expecting any shred of sense, any kind of rule to control the chaos, don't bother waiting. Despite being confined to the telephone system, the force can also possess a subway train … just because … and, amazingly, stalks after its potential victims by levitating phones about the environment! Could the initial story pitch have gone something like this: what if Michael Myers was a telephone? It wouldn't be surprising. 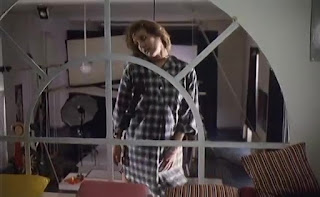 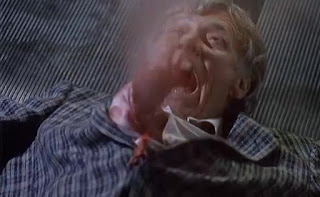 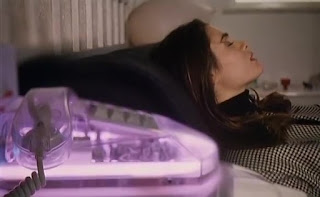 “I've got to report that there's an energy that cannot be explained in any way.” Written by Joseph Cavara, Mary Cavara, and Ruggero Deodato (with Story by Franco Ferrini), Dial Help is the epitome of that very particular 1980s brand of 'fuck it, do anything'. The entire concept feels like something cooked up during an evening spent being stoned out of one's gourd, and despite the distinct lack of tension (covered up by extremely excitable rock music), beyond daft plot, and weak characterisation, the movie is simply so barmy that one cannot help but enjoy it. Need it be said again? This is a movie about killer telephones! Telephones that can perform surprise reveals of dead bodies, explode a pacemaker right out of someone's chest, and instantly seduce beautiful women! 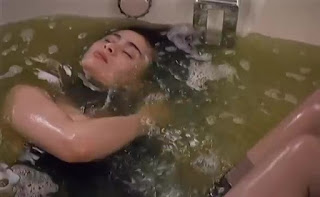 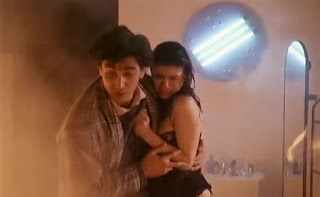 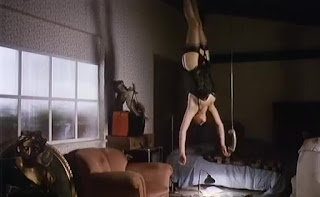 “Your breath is so sweet that even roses envy you.” Speaking of the latter, one of the film's numerous scenes of weirdness involves Riccardo making a giant stack of sandwiches while obliviously unaware of Jenny being seduced by a none-more-80s neon telephone. Inspired to don sexy black lingerie and stockings, she jumps into a bubble bath and writhes around in a horned-up frenzy. Poor old Riccardo – friend-zoned by a phone! Ultimately, Dial Help is an out of control mix of a plodding and threadbare plot, slick cinematography, beautiful architecture, and sequences of total weirdness, which climaxes with Jenny and Riccardo being menaced by answering machine tape and a maniac ceiling fan. 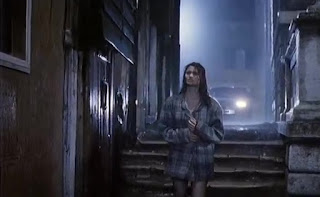 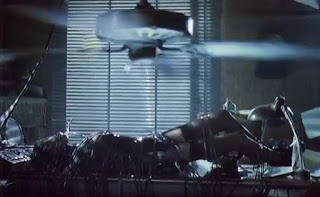 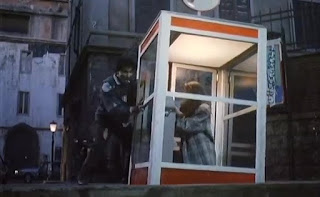 “The energies of love and hate circle about the universe. Under the right conditions they condense and concentrate themselves in a given room and these deposits of energy seek a way out.” In many ways this movie is a load of utter bollocks. It's certainly a long way away from Deodato's iconic and bloodthirsty masterpiece Cannibal Holocaust, nor is it as saucy as The Washing Machine. Nonetheless, in some ways, Dial Help is a gleefully bonkers splash of outlandish Italian fun from a time when the impending hangover from the runaway 1980s was beginning to take hold. Connoisseurs of “so bad it's good” genre film should find plenty to enjoy, while anyone looking to make a drinking game out of how many times someone either under-reacts to the notion of killer telephones, or knowingly endangers themselves by picking up the receiver, should proceed with caution.