Horror-rocker Rob Zombie's supposed last dip into the horror genre, The Lords of Salem, has garnered mixed reviews: established dividing lines on the subject of RZ's cinematic outings will probably not be crossed by the respective parties, but his latest offering is a breath of fresh air after the controversy of his Halloween remake (2007) and it's unruly sequel Halloween 2 (2009). Zombie is back to an original script of his own for this low budget devil worshipper, and it illustrates the continued cinematic maturation of the Writer/Director. 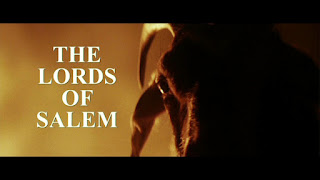 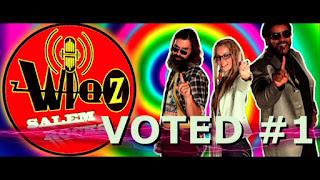 “I spit upon the book of lies!” - What if witches were real? This is the main conceit of RZ's film – a stripped-back, majestic-yet-gritty, mood piece that seeks to chill rather than scare. Kicking off in 1696, the Reverend Jonathan Hawthorne sets the stage as he prepares to end the blasphemous activities of head witch Margaret Morgan (Meg Foster) and her coven of six – all of them in the woods, stripped-nude and invoking the return of Satan. 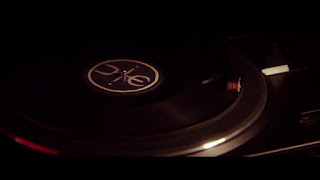 “The dreaded number five.” - Fast forward to present day Salem, and the infamous witch trials are merely words of myth and legend – or are they? Heidi LaRoq (Sheri Moon Zombie, convincingly catatonic) – a dreadlocked ex-junkie radio host – soon finds herself gradually being pulled into a delirious nightmare world. After listening to a mysterious vinyl record by “The Lords”, visions of witches, goats, and other horrific figures seep in from the peripheries, as a fresh attempt to bring about the rebirth of the Dark Lord himself crawls towards fruition. 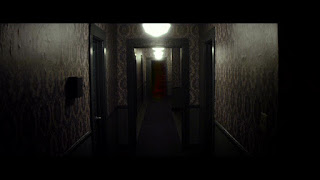 “Your vile taste sickens me!” - Meanwhile, local author Francis Matthias (Bruce Davison, a total pleasure to watch) becomes suspicious that dark forces are afoot in Salem, as the horrific realities of witch trial executions are shown in flashback, revealing that with her dying breaths, Margaret Morgan cursed the women of Salem forever more. As Heidi's nightmares intensify, shifting from the intangible to the distressingly physical, Zombie's film succeeds in chilling its viewers to the bone. 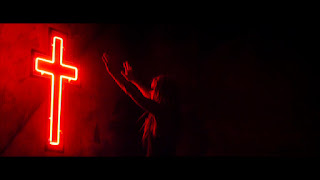 “I dig vinyl; strong like bear.” - The main criticisms of The Lords of Salem seem to centre around Sheri Moon Zombie's performance, and the storytelling: while Sheri Moon's detractors will no doubt maintain their position, her performance feels far more natural (as well as suitably confused and haunted as the story progresses) than the awkward 'ghost Mom' interludes in Halloween 2. Story-wise, some early reviews suggested that the plot was almost non-existent – but this is plainly nonsense. While the events in the film are more driven by mood, the slow-burn pace and gentle (but consistent) storytelling is somewhat similar to (but, in fact, less sparse than) other devil-minded chillers such as Ti West's superb The House of the Devil (2009). There's a hint of the old school - in the best possible sense - about the film. 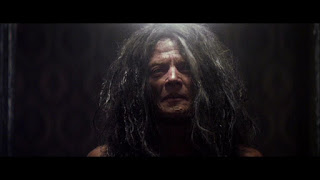 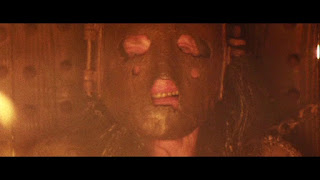 “We serve the butcher.” - Art Direction has always been Rob Zombie's strongest hand – TLoS is an absolutely gorgeous film to watch, crammed-full with intricate set design and memorable imagery. However, when compared to RZ's past works, Lords feels positively stately – from Kubrickian corridor shots (an encounter with a red neon crucifix even features a Shining-like heartbeat underscore), to the precise formal framing, and effectively sparse violence. While Halloween 2 felt, at times, like an abusive joke when the crimson started flowing, Lords meters out it's restrained grue for chilling effect, not gross-out yucks. Furthermore, the tone is far more serious than the pitch-dark humour of The Devil's Rejects (2005), or the crazed antics of House of 1000 Corpses (2003). Simply put, this is Zombie's most beautiful film to date – something that is all-the-more impressive considering the minuscule budget (reportedly anywhere between $1.5m and $2.5m). 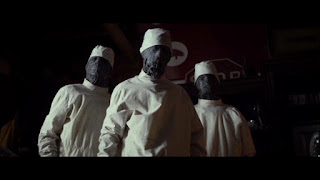 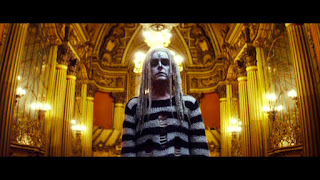 “Fate leaves you no choice.” - Fans of Zombie's cult casting will be well-served, with bushy-bearded Jeffrey Daniel Phillips, and forever-young Ken Foree as Heidi's WIQZ Salem Rocks Radio co-hosts, while Judy Geeson, Dee Wallace, and Patricia Quinn push all the right buttons to put you off your guard. However, in what now seems to be de-rigour for RZ's films, significant names have either met the cutting room floor (Udo Keir, Camille Keaton, and Clint Howard), or barely feature – you can hardly tell that Michael Berryman and Sid Haig are in the movie. 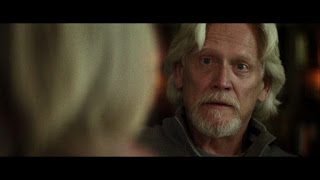 “We've always been waiting.” - While imperfect, The Lords of Salem marks an impressive advance in Zombie's filmmaking, combining subtle storytelling with jaw-dropping visuals, chilling ideas, and a handful of genuinely disquieting moments (I, for one, experienced a disturbed night's sleep as a result of one particular image in the film). Established fans should be well catered for, and those let down by the double excursion into audience-splitting Halloween territory might find a welcome return to form. If this is indeed Rob Zombie's horror swansong, it will be a fitting epitaph to his unique contribution to the genre. 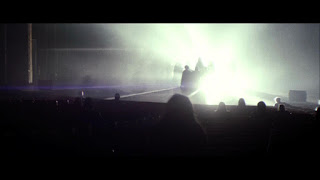 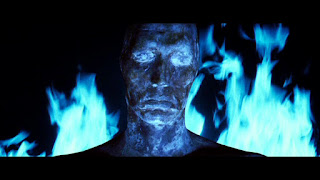 UK distributor EntertainmentOne's DVD-only presentation is simple, clean, and effective (aside from having to manually skip each pre-menu trailer individually), but is disappointing on the extras front (a single trailer is your lot). No doubt this early, direct-to-DVD-in-the-UK release will be followed up by a special edition Blu-Ray, or at the very least a fuller package that dedicated fans can import from America.
Posted by Nick Thomson at 13:03