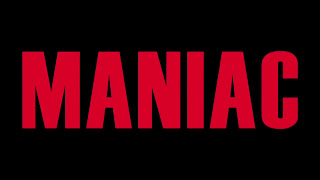 In the last decade there has been a veritable monsoon of horror movie remakes, and while familiar names both large and small underwent the 're-imagining' process (to widely varying degrees of success), William Lustig's notoriously nasty Maniac (1980), slid under the radar – until now.

“Leave her alone!” Written and produced by Alexandre Aja and Gregory Levasseur (worthwhile remakes of The Hills Have Eyes in 2006, and Piranha in 2010), with Lustig on-board, and Franck Khalfoun (the utterly dreadful and menace-free P2) in the Director's chair, it was a real toss-up how this one could turn out. Would it be a pointless exercise in thoughtless money-making (akin to A Nightmare on Elm Street 2010), or would it be a fresh and worthy new spin on familiar material that is held dear as a dark and sinister example of the slasher genre at its best? 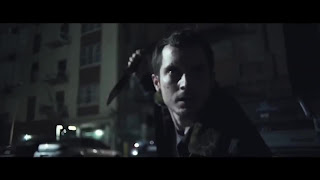 Click “READ MORE” below to find out which, and to see more screenshots...

“I see you too.” For horror fans – burned one-too-many times by perfunctory, inferior, and even downright insulting remakes of genre classics – there was cause for concern, but mercifully these fears are unfounded. Maniac 2013 is one of the handful of remakes that were worth it. This new version never treads on the original's toes, nor does it stray too far from the source material, instead, the biggest change is all in the presentation. Shot almost entirely from Frank's point of view (bar the occasional outer-body experience during moments of perverse ecstasy), the viewer becomes the killer, who populates the disturbed netherworld between the gleaming skyscrapers, and forgotten homeless, of a neon-drenched Los Angeles (replacing the seedy corners of New York in the 1980 counterpart). 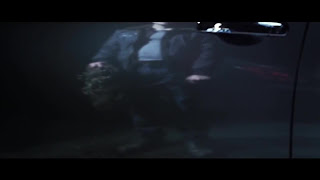 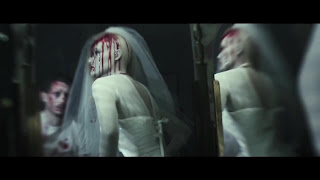 “Please don't scream, you're so beautiful.” Frank – played by Elijah Wood (as far from 'The Shire' as he could possibly ever get) – is seemingly a timid soul with a kind face, living a hermit-like existence restoring vintage mannequins in his recently-departed mother's shop. For anyone concerned as to whether Wood could pull off this role, it ought to be remembered that he played a silent cannibal in Sin City, and here he possesses a convincing sense of desperation - that an uncontrollable monster lurks just beneath his kind surface. As is clear from the mission statement of an opening sequence, and a series of memories and hallucinations inside Frank's troubled mind, this unassuming nice guy is a vicious killer – obsessed with scalping his victims to nurse childhood trauma and sexual dysfunction.

“Why can't you leave any of them alone?” Perhaps all is not lost, however, when photographer Anna (Nora Arnezeder) walks into Frank's life and brings with her a ray of hope – could she be the one to break his horrific cycle of violence? Sadly for Frank, his intense migraines and warped inner-demons battle for his attention and slowly drive him beyond control, as he fights for Anna's affection.

“We may have just found the last true romantic.” Khalfoun's film is impressively stylish, from the Drive-like visual aesthetics, to Baxter's razor-sharp editing (avoiding the strictures POV might have otherwise imposed in favour of jagged artistic flourishes), and ROB's sinister synth soundtrack. With a couple of cheeky references dotted about for fans of the genre (a shot reminiscent of the original's controversial poster, to “Goodbye Horses” playing in one scene), Manic 2013 proves to be a thrilling and surprisingly understanding affair. As was the case with the original, the uncompromising moments of horrific violence will sever the audience in two, and yet in spite of the POV camera, the film never encourages the viewer to gain a vicarious thrill. Held captive within Frank's tortured head, we are made privy to the psychologically-damaging landmarks in Frank's childhood that created this psychotic adult. We are never encouraged to excuse his vile actions, but we do hope for him to escape his vicious demons in spite of the inescapable tragedy looming on the horizon.

“My face on your mannequins.” Both versions of Maniac are two sides of the same coin – the former is gritty, openly hostile, and features Joe Spinell's schlubby-psycho-loser – the latter is wet-through with style, off-setting flashes of savagery, and features Elijah Wood's looks-can-be-very-deceiving unexpected nutter. Both versions work well – very well – and while one person might see woman-hating mixed with pop-psychology, another might see tragic inevitability fractured with a subtly emotional core. Even on the gore front the remake matches-up, side-stepping Tom Savini's unbeatable shotgun blast in 1980, with literal gut-wrenching and agonising use of a razor, supplied by Savini-successors KNB.

“Hair is the only part of the body that lasts forever.” Joining a fairly exclusive club – that of the quality remake – Maniac 2013 successfully blends dead-eyed nastiness, lovesick yearning, inescapable torture, and unending style, wrapped in a unique-feeling movie that demands your attention.
Posted by Nick Thomson at 16:13