Otherwise known as “The Magician” or “Macchie Solari” (“Sunspots”), this is a review of the uncut version of the film which clocks in at 100 minutes, as opposed to the 85 minute cut. 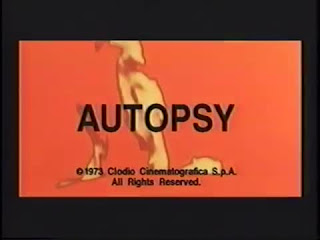 “People have been knocking themselves off like flies.” Thrust into the boiling hot, blinding white light of the sun – as solar flares erupt and moans of sexual ecstasy call out – Armando Crispino's giallo gets off to a fast-paced and violent start. A rash of suicides plague the beautiful city of Rome as it bakes in the August sun – a woman slits her wrists, a man wraps a bag over his head before diving into a river, another blows himself up in his petrol-drenched car, and a father shoots himself to death after slaughtering his own children. 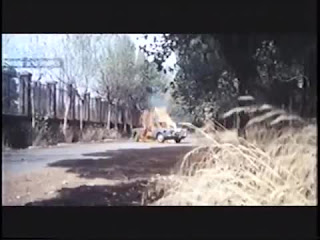 “It seems sweet to die in August.” There is a blood-soaked madness spreading through the populace, and the morgue is jam-packed with mutilated cadavers – but is every single one of these apparent suicides what they appear to be? Might this be the ideal time for a killer to strike and hide their devious deeds under the guise of suicide? 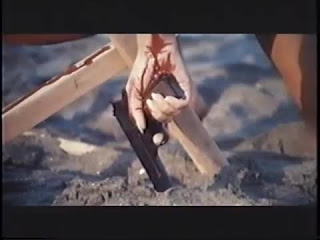 “You can't play around with corpses, it's not funny.” Simona Sana (Mimsy Farmer, Four Flies On Grey Velvet) is a pathologist intern who is writing her thesis on 'authentic versus simulated suicides'; a tightly-wound and sexually frustrated woman who is struggling to keep her mind focused in spite of the steamy temperature consuming the city. However, surrounded by the cold bodies of the dead, this icy lady can't help but see bizarre and warped visions of the cadavers reanimating to cop a quick feel and get raunchy with one another. To Simona, the delirious line between sex and death is wafer-thin, and such is the sexual politics of the 1970s, her low-cut tops and split skirts provide enough of an excuse for any number of sex-mad men to leer – including the caretaker at her apartment complex (Leonardo Severini). The film wobbles across a fine line when it comes to sex: is it unchecked sexual desire, or the intrusive glare of the sun that's driving the men wild, and what part do the filmmakers have in all this? 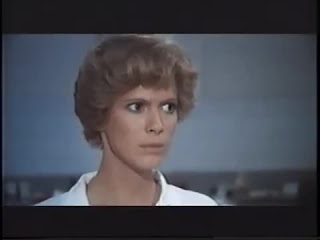 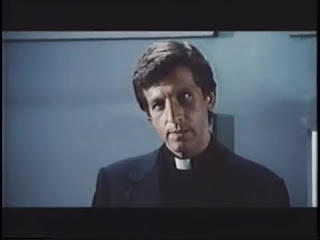 “You get your kicks from this stuff?” Surrounded by death – presented in clinical, everyday detail by Crispino and DP Carlo Carlini – and under intense academic pressure, it's easy to see why Simona is stressed. The perverted advances of her colleague Ivo (Ernesto Colli, Torso) – who will gladly fondle pretty, dead flesh in front of her – only adds to her frenzied inner turmoil and sexual dysfunction. 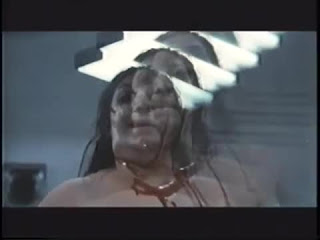 “You know your corpses, but I know my souls.” Things begin to spiral out of control when a young woman is found dead on a beach – a grisly, self-inflicted gunshot wound to the head the apparent cause of death – and her Priest brother comes to identify the body. Father Paul Lenox (Barry Primus) is adamant that she was murdered – and he suspects the man she was set to marry: Simona's distant, womanising father Lello (Carlo Cataneo). Paul is no ordinary, respectable man of the cloth though, he is a mentally unstable former race car driver who is prone to violent outbursts, and his all-encompassing rage and quest for justice gradually devours Simona. 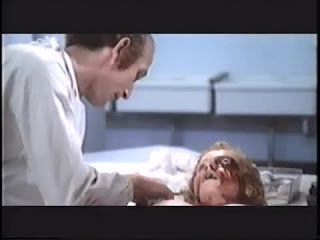 “You know it takes more patience to photograph stones than corpses?” Torn in two ways by her sexual desires, Simona begins to unravel. Paul's search to uncover the conspiracy surrounding his sister's murder clashes with Simona's increasing aversion to the sun, and continued visions of perversion, not that her photographer boyfriend Edgar (Ray Lovelock, Oasis of Fear) seems to mind. He's keen to unleash the sexual side of Simona, or 'my little ice cube' as he likes to call her, but will being the witness to violence turn her on, and is somebody really covering up their murder spree with faked suicides? 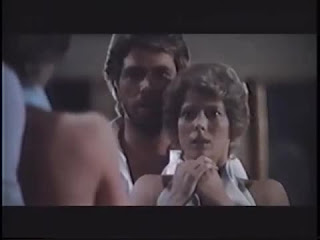 “You don't want the truth, you want revenge and someone to hate!” Clashing clinical, distanced medical science with impure and guilt-ridden religion, Lucio Battistrada and Armando Crispino's script gets off to a feverishly-paced start, but ultimately promises something that the second half can't quite delivery in-full. Fans of gory giallo flicks should be well-served by the ghastly sights – particularly in the opening scenes – and the skin quotient will tease the lascivious corners of the viewer's mind, but as the complex story progresses, satisfying thrills give way to convoluted confusion and a slackening pace. Side characters such as Antonio Casale's Inspector Silvestri have little to do, while others like Angela Goodwin's boozed-up grot-artist Daniela mostly muddy the waters, in spite of their potential. 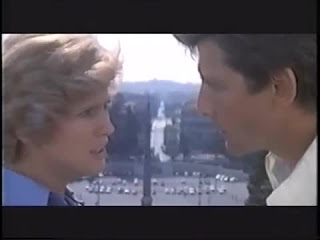 “Art is definitely inferior to reality, especially in horror and sadism.” The biggest problem with the film is that it fails to carry Simona through to the conclusion – come the third act, the main character with the compelling story and inner torment is left swinging in the wind as a passive observer – her hands are completely off the wheel during the climax. It's a strange direction for the film to take, particularly as Simona is shown to be as much of a fighter as she is a victim – she certainly gives Ivo a telling off – but after that it seems to become Paul's story. Then, a flood in Florence, a rescued Bible, some dodgy business practices, and more are all rushed into play, but inspire more questions than answers. 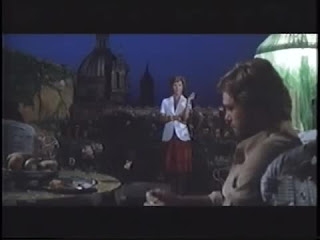 “Another celebrated victim of the summer sun.” Flaws aside though, and Autopsy generally delivers the goods – or most of them. It's brash, it's grisly, and yet it can also be beautiful – there's plenty of touristy shots of Rome, and Daniele Alabiso's occasionally jagged editing helps pull the viewer inside the minds of the protagonists as they seek to unravel the tricky plot. Director Crispino is most successful in bringing a sense of psychological mania to the presentation, sights that are effectively skewered by the sounds of Ennio Morricone's frenzied, sexualised score. 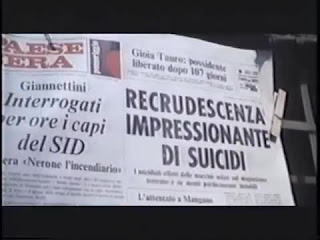 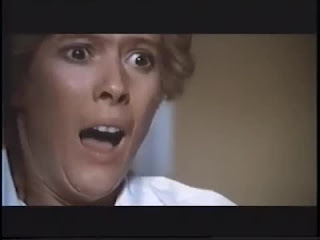 “You may have a knowledge of souls but that doesn't qualify you to dispute scientific fact.” While never managing to reach the levels of intrigue, style, or vicarious thrills that an Argento or Martino giallo will reliably deliver, Autopsy is nonetheless a workable murder mystery that covers enough of the bases to prove to be one of the more interesting entries in the giallo genre, even if it fails to execute every single one of the promises it makes up-front.
Posted by Nick Thomson at 18:39