The Forbidden Photos of a Lady Above Suspicion (Luciano Ercoli, 1970) DVD Review 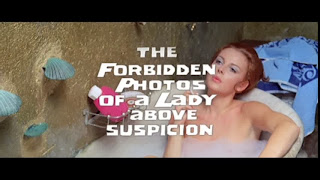 Typically, giallo films centre around a crazed killer dispatching beautiful women, or anyone who blocks their path for vengeance, but there are occasions where the genre strays further afield, and the lines of definition begin to blur. Step forth Luciano Ercoli's elaborately-named The Forbidden Photos of a Lady Above Suspicion, a mysterious psycho-sexual tale of bourgeois blackmail. 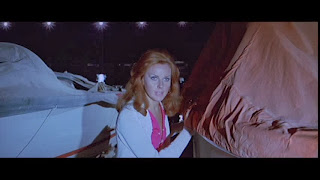 Click “READ MORE” below for the full review and many more screenshots...

“Dominique is right, I dress too much like a housewife, maybe I should loosen this a little, the way you like it.” Minou (Dagmar Lassander, House by the Cemetery) is an exquisite lady of affluent leisure, and the wife of scuba-diving business owner Peter (Pier Paolo Capponi, Cat O' Nine Tails). Lounging around her luxurious home, adorned with modern art, Minou is consumed by her own thoughts – she daydreams about leaving her workaholic husband, to unleash her sexuality like best friend Dominique (Susan Scott, All The Colours of the Dark) – but instead her promises to quit drinking, smoking, and popping tranquillisers all add up to nought. 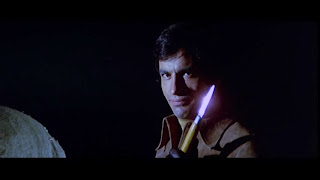 “I want you to beg me, I want you to plead for my kisses.” However, beyond the safety of her home – a lavish sixties dream as we enter the hangover of the 1970s – Minou quickly becomes the object of a dangerous stranger's fancy. Cornered in a moon-lit harbour, the man (Simon Andreu, Beyond Re-Animator) – only credited as “The Blackmailer” - sexually menaces her before accusing her husband of murder. Unsettled by the encounter, Peter is of little real comfort, rejecting the event as a prank by a loon, and yet Minou's attraction to him is rejuvenated - “Why on earth should I love you less because of a sex fiend?” - but can she quell the lingering doubts in her mind? 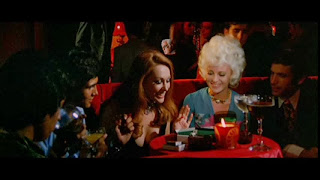 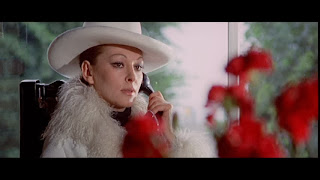 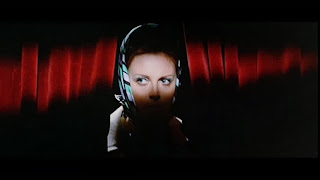 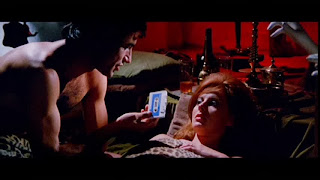 “You must surrender your mind and your body.” Unfortunately for Minou, her blackmailer has no desire for money – only flesh given to him under duress – and further down the rabbit hole she tumbles when the sadistic man continues his campaign of sexual threat, revealing that he photographed their tryst – but what does he ultimately want? Can he even be stopped? 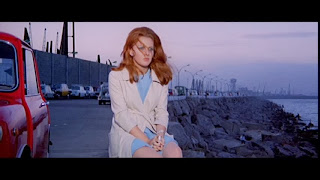 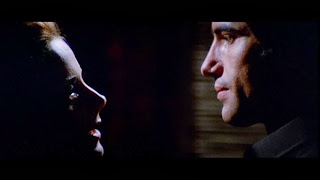 “I believe in plenty of variety.” Every inch of Ercoli's film is bathed in unsparing attention; Alejandro Ulloa's cinematography is arguably some of the finest in not just the genre, but in general film history. The Blackmailer's apartment is bathed in seductive reds and blues which weave between the foreboding shadows; the composition of each shot is precise, making the most of the wonderful set dressing and design. The film takes place in a world of luxury, and it's easy to become ensnared in the visual seduction. 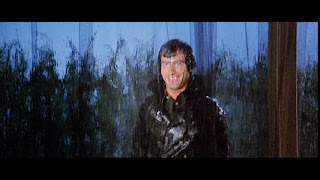 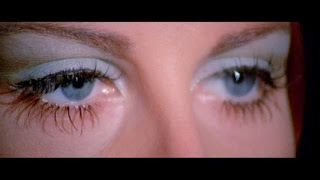 “You're my slave and you'll obey my orders.” At the time, and especially in the giallo genre, writers often dealt with the producer, rather than the director, with whom they might only meet twice to discuss the script, which would often-times be reworked regardless of plot sense. However, as co-writer Ernesto Gastaldi (The Strange Vice of Mrs Wardh) states in an interview on the DVD, Ercoli paid unusual attention to his script. Gastaldi's work tended to be prickly, prodding various sectors of 1970s Italian society with a knife tip, all-the-while lacing the plot with deliciously savage dialogue that was as bitingly satirical as it was entertaining. However, for all the dizzying doubts laid upon Minou's stressed mind, the central mystery doesn't always captivate, and indeed the finale lacks the punch you might have expected, the reveal coming with Old Testament greed but a somewhat disappointing lack of shock. It's a thin-ice climax to a pleasingly slow-burn and subtly erotic psychological mystery, which is dominated by Lassander's enthralling turn as the naïve wife-of-means, whose flirtations with the dark side almost destroy her sanity. 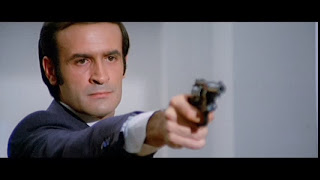 “Everyone has their price, even a maniac.” Those who enjoy black-gloved killers stalking the streets of Italy with a gleaming blade might be disappointed with The Forbidden Photos of a Lady Above Suspicion, which opts for subtle psychosis and sexual extortion over any showy splashes of crimson, but those with a love for resplendent Italian mysteries will enjoy wrapping themselves up in this alluring display. Blue Underground's 2006 DVD features a gorgeous-looking widescreen transfer and a clear mono soundtrack, as well as a brief-but-informative nine-minute interview with Ernesto Gastaldi (who co-wrote the screenplay with May Velasco).
Posted by Nick Thomson at 17:12