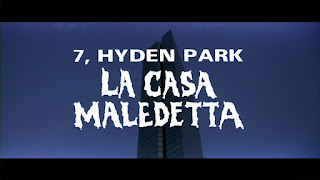 “I must kill a man.” The 1980s were a bit of a lean time for gialli (the heyday of which was the early 1970s) what with splatterific American slasher movies dominating the horror genre at that time, but there was still room for Italian murder mysteries amidst the Jasons and Freddys and Michaels. Alberto De Martino's slow-burn killer thriller combines the priesthood, repressed memories, and that old motivator money in a story about a wealthy paraplegic sportswoman who spirals into a whirlwind of love and murder... 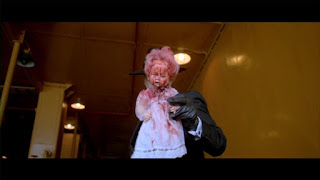 “There is no reason on Earth that justifies murder.” Joanna (Christina Nagy) is in love with her sports coach Craig (David Warbeck, The Beyond), much to the frustration of the quietly possessive Ruth (Carroll Blumenberg). Timid but determined, when she was a little girl she endured a horrific attack at the hands of a phony priest – a trauma that left her paralysed and with the memories locked deep away inside her mind. The doctors theorised that her weak heart wouldn't last long, but she proved them wrong. Now grown up and fizzing with positive energy, Dr Sernich (Rossano Brazzi, The Italian Job) advises against Craig marrying her as the wedding night could trigger her repressed memories to burst forth and break her weak heart. 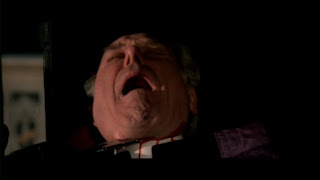 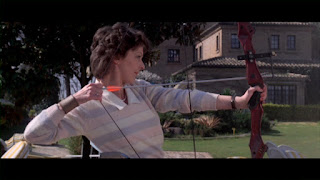 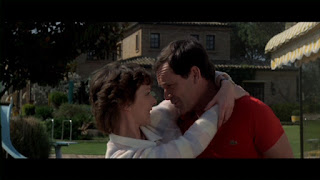 Naturally, Craig ignores the advice and hurriedly marries Joanna, and while her heart survives the consummation, she is soon plagued by hallucinations of a mysterious priest holding a bloodied doll – the same creepy-looking doll that was used to entice her into the clutches of her attacker when she was a child. So far it's sounding a little bit like Les Diaboliques, and the comparisons don't stop there, as it is soon revealed that Craig and Ruth are conspiring to scare Joanna to death so they can inherit her father's money, which she is determined to split with the church. Will the deadly duo get away with their murderous plan? 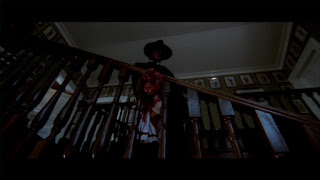 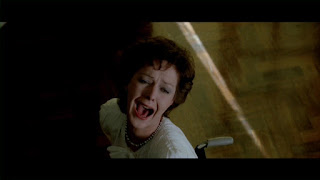 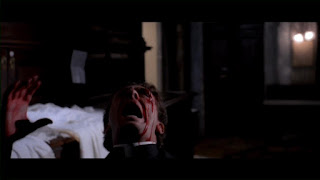 “The last thing I want is pity.” More of a psychological thriller with hints of gialli sprinkled throughout, Alberto De Martino's Formula For A Murder (co-written with The New York Ripper's Vincenzo Mannino) is a far cry from the heights of the genre, but nevertheless it stands as a perfectly solid flick in its own right. While it opts more for character drama (despite a few clunky exchanges) over exploitative elements, when the bursts of violence do come, they tend to explode with fury. The first kill – in a confessional booth, no less – wields a nice dose of tension, while a later kill (death by garden spade) is brutally blunt, and the classic image of a razor clasped in the black-gloved hands of a black-clothed killer pleasingly gifts the film enough of the 'giallo feel' to satisfy fans of the genre. 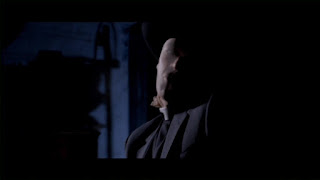 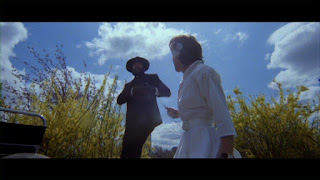 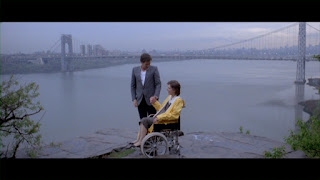 “You'll never go home again.” The film offers some moments of intrigue, such as a mid-point sequence that (briefly) unsettles the viewer's sense of reality, and some strong visuals: a grand old church hunched at the foot of a gleaming skyscraper promises some smarter commentary, but sadly Formula For A Murder eschews bigger ideas by opting to focus explicitly on the more personal realm. Still, though, there is a decent amount of tension throughout, best exemplified by the extended climax that goes from a frantic covering-up of an impromptu murder to a war of attrition as Joanna employs her wits and fighting spirit. Ultimately, though, Formula For A Murder is a somewhat middling effort in the genre, lacking the sleazy murder 'n' mayhem of films like Mario Bava's A Bay of Blood or the big ideas and social commentary of, for example, Lucio Fulci's Don't Torture A Duckling. It's far from the giddy heights of the giallo movement, but is still worth checking out for die hard fans. 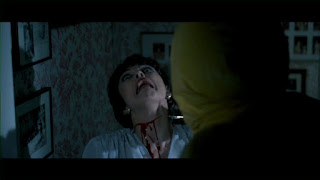 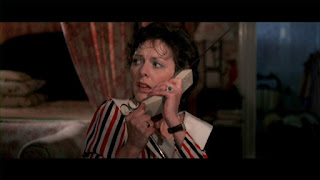 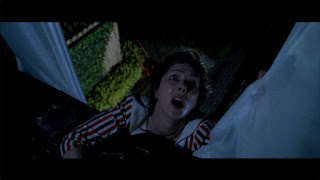 “She looks gorgeous. Marriage has done wonders for her.” Shameless Screen Entertainment's 2014 DVD release returns this somewhat lost film to the spotlight, gifting it a good and solid visual and aural presentation. Extras wise you're out of luck – just an 'anecdotal audio commentary' and a gimmick: the 'Shameless Yellow Killer Mac'. Basically it's one of those flimsy freebies you'd get to keep the rain off you at a music festival, with it clumsily crammed inside a normal DVD case. It's a nice idea, born out of the gimmicks used to rope in audiences of decades past to cheapo exploitation movies (fake insurance forms, barf bags etc), but how many collectors are really going to bother even unpacking it?
Posted by Nick Thomson at 12:17