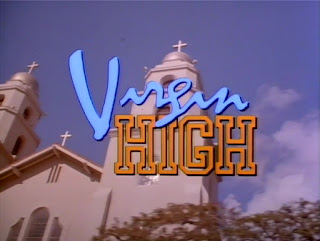 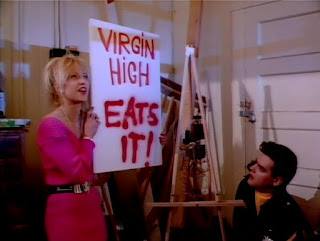 “That's it, young lady – you're going to Catholic school!” Christy (Tracy Dali, Bikini Summer 2) breaks up with her sleazy loser boyfriend Jerry (Richard Gabai, Dinosaur Island) after he gets too fresh on their date, leading to her accidentally flashing her parents and being sent to a strict Catholic high school. Failing to see this as a sign of his rancid selfish behaviour, Jerry embarks on a series of lame-o schemes to sneak in to 'Virgin High' and get back together with Christy, including a semi-successful day posing as 'Father Guus' (pronounced 'Goose'). 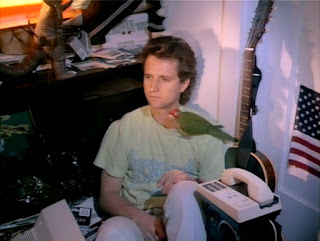 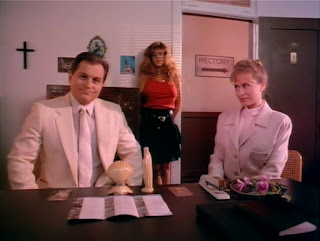 Roping-in his school chums Theo (Kent Burden) and Zoomer (Jeff Bowser), both desperate for dates for the upcoming formal dance, Jerry continues his lazily concocted plans to weasel his way back into Christy's good books – a tough ask considering how often his actions get her into trouble! 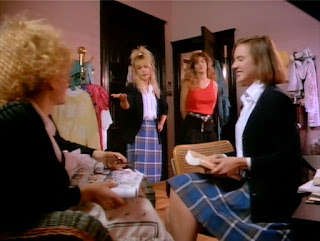 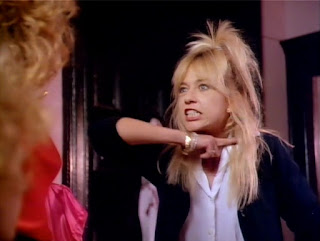 “I'm serious, I tried everything; wined her, dined her, changed my underwear – the works!” From Richard Gabai, the writer/producer/director/star of the overly-cheap and underwhelming Assault of the Party Nerds (1989), Virgin High, co-written by Jeff Neill, mercifully makes more of its budget, but nevertheless stumbles around fruitlessly in search of a tighter script. The film's key failing is that the main character of Jerry is an utter arsehole who keeps landing Christy in trouble without any justification. Indeed, Jerry is such a relentless sociopathic narcissist that he's a bummer to be around most of the time; everyone in the movie would do well to avoid him entirely! 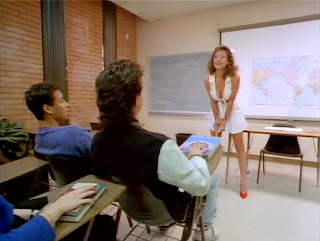 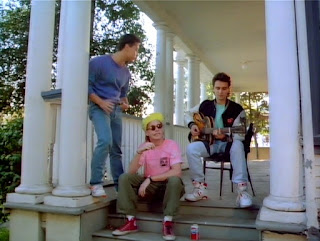 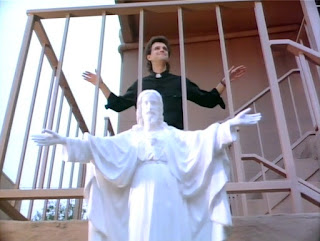 The same cannot be said of Linnea Quigley's Kathleen, fortunately. Despite being 'the school bitch', extorting money from the other girls and fashioning schemes while shagging campus security boy Derek (whom she has wrapped around her little finger), not only does she get her comeuppance, but Quigley herself is just so naturally watchable. Every scene she appears in she steals out from under absolutely everyone, brandishing enough screen charisma to balance out her character's bad girl traits. Jerry, on the other hand, is a smug prick who is utterly oblivious to the feelings or circumstances of anyone unlucky enough to fall into his line of sight. While he has some humorous moments dotted about the movie, you can't forget that this character is introduced attempting to sexually assault his sleeping girlfriend – ho-ho-ho, such japes! 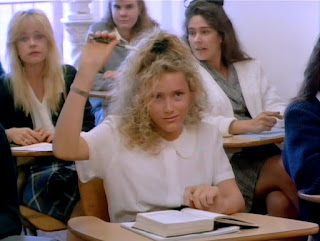 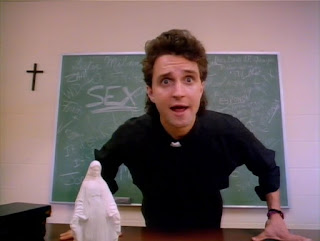 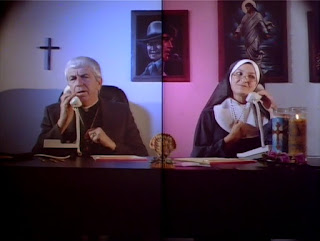 “Three years of public school has turned this girl into a libertine.” Despite the rather off-putting Jerry, the film does at least find some fun through the supporting players. Christy's parents, played by boy wonder Burt Ward (Beach Babes From Beyond) and Maureen LaVette (Assault of the Party Nerds 2: The Heavy Petting Detective), are particularly good fun as the ultra-Catholic killjoys with a saucy secret sex life involving leather bikinis and whips. Ward is even seen playing with Batman '66 toys while having a phone conversation, for an added nod-nod-wink-wink to the audience. 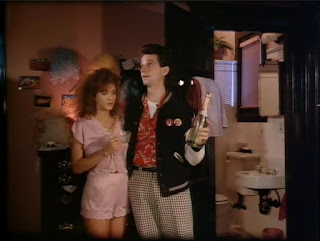 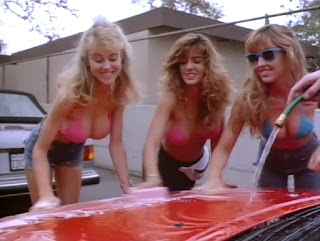 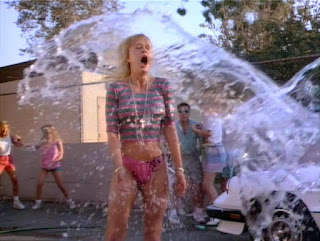 Likewise, Catherine Grace has fun as the pious head nun Sister Felicia alongside Bishop Haughness (James R. Sweeney, Vice Academy 3), who get festively blotto on spiked punch. However, perhaps one of the most entertaining scenes in the film features Michelle Bauer (Dr Alien) as Miss Bush, a sexpot substitute teacher brought in to guide Jerry and his fellow high schoolers through Sex Ed. Promising much more than what is actually delivered, it's a disappointingly brief scene, but Bauer's appearance, much like Quigley's, makes for a scene-stealing good time. It does, though, demonstrate how the film often misses the chance to squeeze all the juice available, such as how Sister Ramona is always seen carrying a lit candlestick regardless of it being day or night – but at no point do we see her hand becoming comically encased in wax. 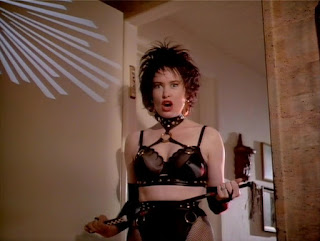 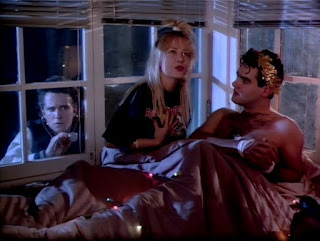 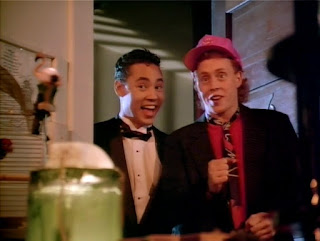 “If the shoe fits, don't fix it.” Released straight-to-video, this teen sex comedy lacks the bite of other films of its ilk and era, and is even somewhat lacking when it comes to the raunchy stuff, which is almost single-handedly conducted by the thoroughly game Linnea Quigley. As Kathleen, she offers up the films sauciest and silliest moments, such as detailing an erotic dream in the confessional booth (much to Jerry's flustered approval), doing her nails while Derek (Christopher Dempsey) energetically goes about 'giving her the business', or getting doused with water at a charity bikini car wash. All said and done, though, had it not been for the effervescent efforts of Quigley, Virgin High would have been a total bust. 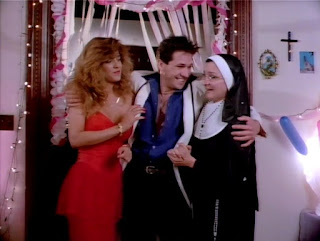 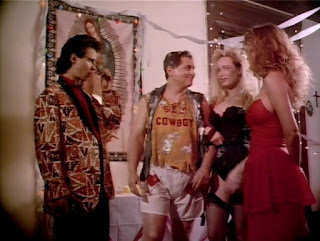 “From now on I'm straight as an Altar Boy.” Certainly not as limp as Assault of the Party Nerds, but far from the heights of similar material starring one-or-more of the 1980s Scream Queens (Quigley, Bauer, and Brinke Stevens were the holy trifecta for genre fans), Virgin High is probably still worth a quick peek for those minded to enjoy such 'Golden Age of VHS' silliness, but quite tempered expectations are most definitely recommended. Fun fact, Virgin High also marks the film debut of Leslie Mann as 'Squiggle Girl'.