The following is the second of three reviews which I'll be posting for the "Shameless Slasher Nasties Box Set" - it's a 3-disc DVD comprised of Killer Nun, Torso, and Night-Train Murders. 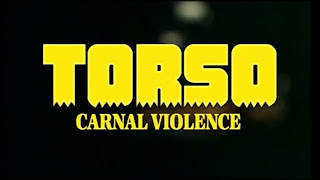 Like Killer Nun (included in this box set), this Italian giallo flick is presented uncut in anamorphic widescreen with a handful of newly re-inserted scenes that were previously expurgated – scenes that provide some extra connections between the dots. Sergio Martino had previously delivered The Strange Vice of Mrs Wardh (1972) starring giallo legend Edwige Fenech, and would go on to unleash Mountain of the Cannibal God (1978) starring Stacy Keach and a certain Bond Girl by the name of Ursula Andress. However Torso (appropriately sub-titled “Carnal Violence”) has perhaps brought the director the most acclaim in wider circles, as it stands as an excellent example of the slasher movie during the early gestation of the sub-genre. In advance of early American slashers like Black Christmas (Bob Clark, 1974) and The Texas Chainsaw Massacre (Tobe Hooper, 1974), Martino’s film features examples of some of the most common themes and iconography found in such fare. Writers such as Carol J. Clover, Reynold Humphries, and many more have discussed these elements – particularly the so-called ‘final girl’ – the one female to make it out alive due to her superior moral standing. Indeed here the femme who escapes fatal consequences is played by Suzy Kendall – who also starred in Dario Argento’s superb debut The Bird with the Crystal Plumage (1971).

However, Martino and his screenwriting partner Ernesto Gastaldi, and his Director of Photography Giancarlo Ferrando seem far more interested in gazing at any one of the other girls who populate the film’s bevy of gorgeous babes – gals who are no strangers to getting their kit off at a moment’s notice. That all said, once we move into the second half of the movie the focus finally lands squarely on Kendall’s shoulders – indeed it’s very much a film of two halves. 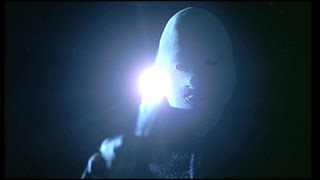 The first half rapidly makes it way through a whole succession of tense stalkings, bared breasts (even in the very first shot!), violent murders, and no end of red herrings and possible suspects. True to gialli, practically anyone is a suspect, and in a film populated by sex-obsessed men who lustfully/creepily leer at the central female cast non-stop, there’s no end of potential slashers. It is then with the second half that the pace slows and the spotlight lands on mystery and suspense – indeed a triple-slaying is entirely off-screen – but Kendall more than makes up for it as she becomes a captivating captive. 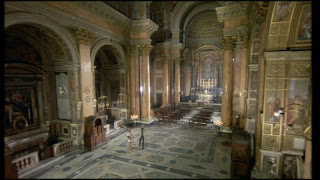 Making exceptionally good use of locations, Martino’s film certainly isn’t lacking in the looks department, but pleasingly it’s no “F Grade” student either. “Carnal Violence” might not be especially catchy as a title, but it matches the content perfectly. Themes of sex, death, and where the two collide are central to the plot, which also features an underlying dose of socio-political commentary. Not only is there a clear gender gap on display (many of the surviving males are sexually defunct, unlike the females), but so too is there a distinct generation gap (the students versus the ineffective police). 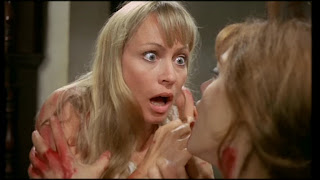 Shameless Screen Entertainment provides a solid transfer, however it isn’t without some problems: the audio source shows wear & tear at times, as does the video source – but being that this is the sort of film that epitomised the video nasty era (while, incredibly, never becoming one!), the slightly rough look only adds to the experience. We’re unlikely to get a prettier looking Torso in the future; finally, a series of trailers round out the disc. The 3-disc 'Shameless Slasher Nasties Box Set' also comes with an essay insert from noted film writer Kim Newman (providing brief but informative context), and the set itself comes with impressive cover art that mimics a rental videotape (complete with "Be Kind and Rewind" sticker).

Slasher fans and giallo fans are both exceedingly well-served here, as Sergio Martino crafts a murder mystery that is as sleazy as it is involving; a must-see.
Posted by Nick Thomson at 11:51