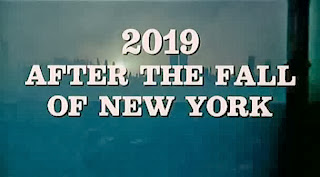 “Since the nuclear holocaust, twenty years have passed.” Many of the Italian film-makers who became best known for a particular genre – be it giallo, cannibals, zombies, etc – were experienced in a range of genres. During the 1970s and 1980s the Italian film industry was booming as socio-political upheaval provided impetus for change and ideas for screenplays, and productions sought to become ever more ambitious. In 1983, Sergio Martino (The Strange Vice of Mrs Wardh, Torso) unleashed an audacious – if derivative – sci-fi action extravaganza that stretched its modest budget far and wide with obliterated cityscapes, vehicular combat, and even a space shuttle. 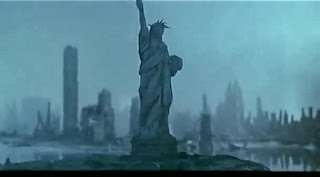 “New York, a huge pile of waste and rubble.” The Euro Afro Asian Unity set the world alight with nuclear war and stands as a formidable force in the surviving wasteland which birthed mutants and rendered the planet's female population infertile. Disease-ridden slums are raided as a matter of routine, the EURAC offering two choices – 'voluntary experimentation' or 'dis-infestation'. Charging horses, flame-throwers, crossbow-shaped guns, lasers, shattered glass, and explosions galore – Martino brandishes an eager willingness to give his viewer as much bang for their buck. 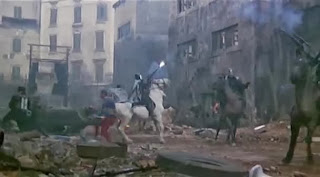 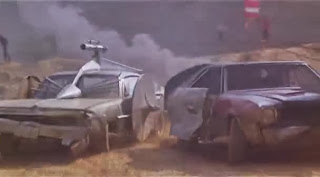 “The hunt is open!” Edited by Eugenio Alabiso (Almost Human) with a frenzied sense of adrenaline, the action quickly cuts to the Nevada Desert where a punk-infused mash-up of Road Warrior and Death Race 2000 is taking place; muscle cars decked-out with spikes, armour-plating, and cannons clash like gladiators until the victor steps forth to collect his prize. Parsifal (Michael Sopkiw) is very much of the Snake Plissken mold, and is far from the only element of 2019 that borrows liberally from John Carpenter's iconic post-apocalyptic action adventure film Escape From New York. 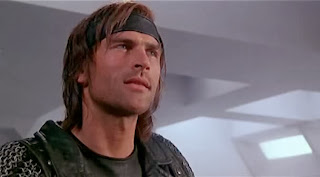 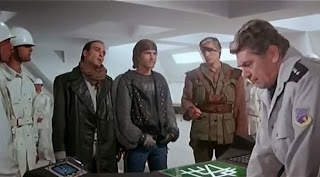 “To the victor, long life and happiness.” Parsifal is a square-jawed hero, an effective warrior hardened by the post-apocalypse, with a sarcastic distrust of authority to go along with his sense of fairness – he wins a sex slave in his vehicular battle and gives her freedom as soon as he can be sure she has what she needs for survival. If only everyone was so trustworthy in this harsh new world. Captured by the Pan-American Confederacy and taken to their Alaskan headquarters to meet the President (Edmund Purdom), our hero is made an offer worth accepting – retrieve the only fertile woman on the planet from a crumbling New York and secure himself a one-way ticket off-planet to Alpha Centauri. Mankind will finally be able to start over. 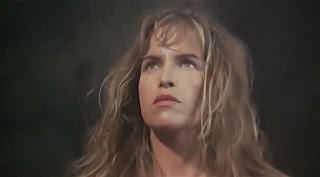 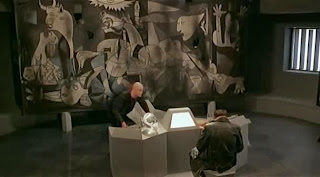 “One fertile woman's not enough to recreate the entire human race!” Teamed-up with Bronx (Paolo Maria Scalondro), a robo-handed expert on New York's terrain with vengeance in his heart, and Ratchet (Romano Puppo), a monocular fighter as strong as an Ox, their mission is quickly underway after – incredibly – riding across the entire North American continent on motorcycles in what seems like a single night. Traversing rancid sewers, they're almost immediately in trouble, encountering the Harlem Hunters gang in a city bus junk yard – one of several stand-out action set pieces. 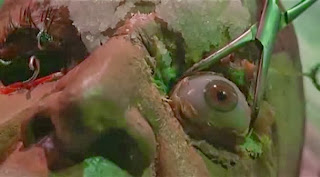 “Getting in will be easy, it's getting out that's impossible.” The pace rarely slackens as the trio encounter a gang of Rat Eaters (led by Hal Yamanouchi's Rat Eater King), their beautiful slave Giara (Valentine Monnier), and then EURAC themselves in a brief stint of imprisonment before moving on to encounter a clan of Little People (led by Louis Ecclesia's “Shorty”), ultra-sonic attacks, and a theatrical gang of ape-like mutants including George Eastman's “Big Ape”, a shifty-eyed beast who's handy with a sabre and has a taste for love (or what passes for it in an atomic wasteland). 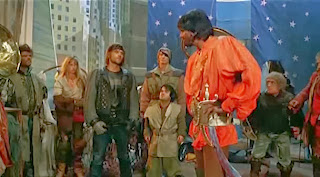 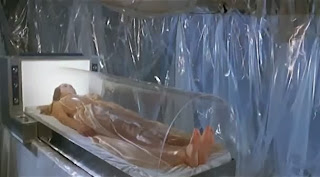 “It's inevitable that an over-developed society will come to the point of its own destruction.” Martino and his band of film-makers certainly push the envelope with their shoestring apocalypse, a mixture of convincing filth and impressive street battles, and charming but unconvincing models. The scale of the camera's movement compared to the supposed scale of the buildings is entirely out-of-whack, but it's hard not to enjoy such a doom-laden opening that's this grand. Indeed, the whole film aspires to achieve a hell of a lot – Monument Valley, industrial factories, ice-laden strongholds, underground cave systems, laser cannons, the Lincoln Tunnel littered with mines – the scale is impressive in spite of the slim budget and Director of Photography Giancarlo Ferrando (Your Vice Is A Locked Room And Only I Have The Key) provides consistent energy to the visuals. 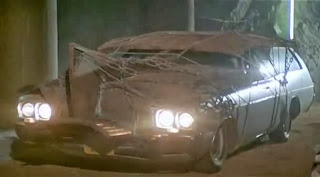 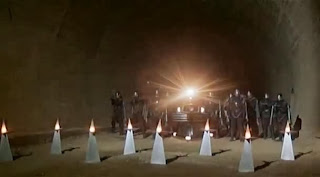 “It is futile to put yourself through all this pain.” The action set pieces come thick and fast and always entertain, but there are times when the second act displays signs of flabbiness and repetition, in addition to underusing Anna Kanakis' “EURAC Officer Ania”. The script – written by Martino with Ernesto Gastaldi (The Case of the Bloody Iris) and Gabriel Rossini – borrows liberally from numerous other films, including Blade Runner and Planet of the Apes, but mostly manages to crowbar in enough entertainment to make it worth your while. Although, it can at times fall a little too far into cheesy territory with lines like “Kiss me now, kiss me with love” during particularly overwrought encounters – you can't knock them for their aspirations. 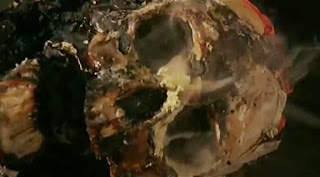 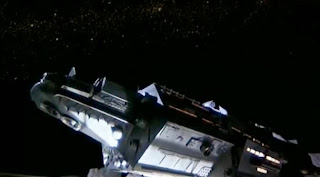 “If love had any meaning in this world, you'd be the one I'd love.” With a bleak view of humanity that still allows for a glimpse of fairy tale light, 2019 After the Fall of New York always toes-the-line when it comes to cheesy sci-fi action, and while it's all rather ridiculous and somewhat cobbled together, it's difficult to not have a good time. Accompanied by the requisite 80s synthesised score by Gudio and Maurizio De Angelis, Martino's film might not feature particularly great acting or stunning special effects, but the can-do sense of bravado is intoxicating. Pure fun that mixes the grandiose (Picaso's “Guernica” as a backdrop to an interrogation) with the gutter (literally), this is like the Italian answer to Roger Corman: determined to stretch a budget to the absolute limit with ambitious ideas and a strong resolve to keep the audience entertained. 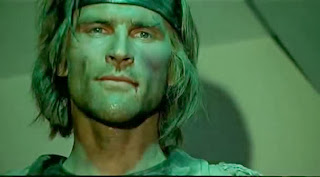