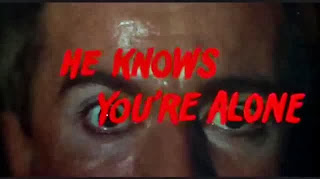 In 1978 John Carpenter's Halloween (following the likes of Psycho, The Texas Chainsaw Massacre, and Black Christmas) popularised the slasher movie format to such an extent that a torrent of imitators would soon follow. Some became enduring genre classics like Friday the 13th, while others were rushed knock-offs … He Knows You're Alone is, unfortunately, one of the latter. However, some of its cast members went on to become very well known – one of whom even became an A-List Oscar winner.

Click “READ MORE” below for the full review, many more screenshots, and to find out who the Oscar Winning cast member is...

“Ssshhh! She's gonna get it!” The plot's simple – there's a killer on the loose who's got a thing for slaughtering Brides-to-be – and next on his list is sweet little Amy who is set to marry alpha male Phil. Going their separate ways for their respective Stag and Hen weekends, Amy's having second thoughts, and her funny ex-boyfriend Marvin is desperate to change her mind (played by Don Scardino, who has forged a very successful career in directing – best known for the likes of 30 Rock, and 2 Broke Girls). People get bumped off, Amy's convinced she's being stalked, there's an obsessed cop out to catch the killer of his own Bride-to-be, you know the drill. 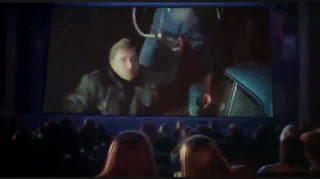 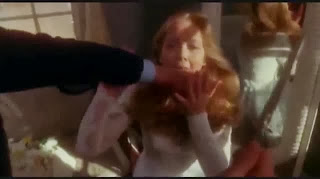 “Fear fascinates me, people pay to be scared.” Objectively, the film is only notable for two things: the first is a smart opening psych-out where a traditional slasher set-up of two teens getting frisky in a car gives way to a cinema screen – far pre-dating the same gimmick that was used in Scream 2. The second is that this was Tom Hanks' feature film debut … yes, that Tom Hanks. Turning up an hour into proceedings, and only featured in two sequences, he plays psychology student Elliot who briefly romances Amy's BFF Nancy. Interestingly, the film-makers liked Hanks so much that they decided to cut his death scene out of the movie. 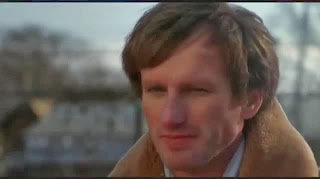 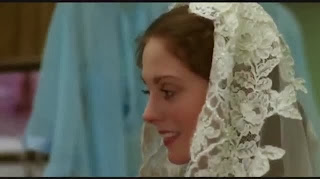 “He's back, he's giving me a second chance.” Also featured in the cast are James Rebhorn (Homeland, Independence Day) and Paul Gleason (The Breakfast Club, Die Hard) in brief and generally thankless roles. Respectively, they play a Professor shagging one of his students, and a Police Detective. 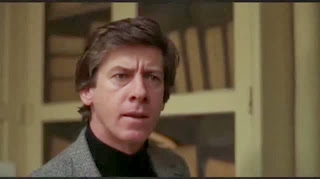 “Don't you want to hear the effects of coffee on the liver?” Beyond that however, He Knows You're Alone is a pretty dull affair. The dialogue is mostly flat (bar some genuinely enjoyable asides between Amy and Marvin), the pace is slow, the scares and tension are weak (particularly as we know who the killer is from the get-go), and the vague attempts at mystery are entirely pointless. With a score that is not-so-subtle in it's riffing on the iconic theme to Halloween (when it's not going off on bizarre disco-fuelled tangents, that is), it's clear that this is a rush-job – and a very cheap one at that. 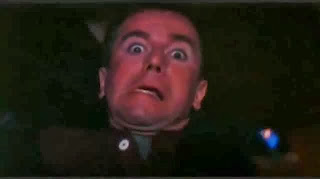 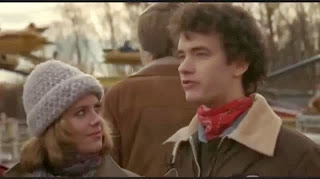 “Guy's an animal, knifed her right through the chair.” Despite the involvement of Taso N. Stavrakis (one of Tom Savini's gore-flinging cohorts), there's sod-all gore in the film. Beyond a severed head in a fish tank – glimpsed as briefly as a scant bit of flesh in a shower scene – there's little, if anything, for the traditional slasher movie audience to get worked up about. 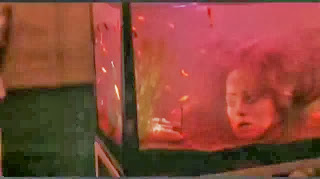 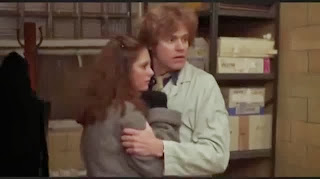 “This guy kills Brides, young Brides.” It was likely a different story when it was originally released, or seeing it in more innocent times, but coming to the film in 2013, it's lacking any real sense of urgency, tension, or fright, He Knows You're Alone is a disappointing cash-in from the early days of the stalk-and-slash horror cycle that is really only worth remembering for personal nostalgia, what became of its cast, and that opening scene psych-out. To each their own, but this one wasn't for me.
Posted by Nick Thomson at 18:50