“They had a deadly appetite for life!” There are film titles, and then there are film titles – this is the latter. Considering that this kooky comedy horror flick was originally called “Picking Up The Pieces” (which sounds like a weepy TV movie melodrama), they clearly made the right choice in the end. A bonkers blend of Blood Feast by way of The Toolbox Murders, someone is sawing, sucking, and altogether splattering their way through the streets of Pittsburgh, in a case that mysteriously resembles a similar gore-drenched escapade in Vegas – a gruesome series of crimes that has followed the migrating showgirls and pros of America's sleazy gambling paradise all the way to Steel Town... 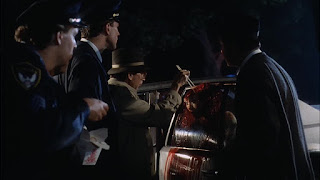 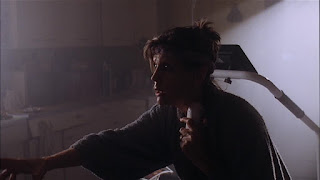 “It's real bad this time, the most disgusting thing I've ever seen.” You know how these things often start – horny folks getting off with each other in a secluded spot – but what typically comes next doesn't tend to involve a generator wheeled about on a kid's pull-along cart and a circular saw! Hot-footing it to the crime scene are bumbling homicide cops Sweeney Birdwell (Jake Denger) and Joe Blocker (Joe Sharkey), the former more concerned about veggie burgers and the latter decidedly sickened by the sight of blood. Mixing the grim (horror icon Tom Savini's splatterific shocks) with the goofy (a series of Naked Gun-esque running gags), Dean Tschetter's film reveals a series of gleeful set pieces – each one more inventive and elaborate in the murder tool stakes than the last. 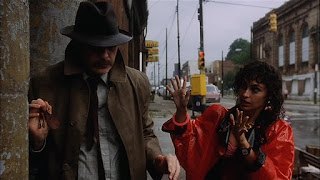 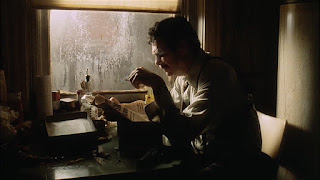 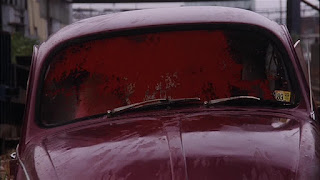 “You need a wife, someone to come home to, to a wife that cares, a home, things that really count; without those things my life would be as pathetic and full of emptiness as yours.” Quickly it transpires that Joe knew all the dead girls from his time in Vegas – and the fresh corpses turning up under his feet in Pittsburgh are likewise familiar to him – but what are Joe and Sweeney to do? They can't decipher clues – left buried inside the bodies – that are written in hieroglyphics, and their hopping-mad Chief is literally gunning for them. Fortunately, Deedee Taylor (Susann Fletcher) – daughter of Joe's former partner – flies in to help them crack the case. She may be a Meter Maid, but she's a damn sight more skilled at detective work than these two goof balls. 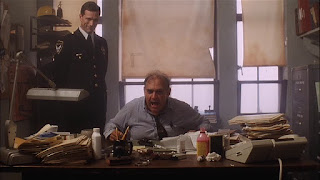 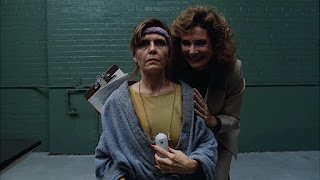 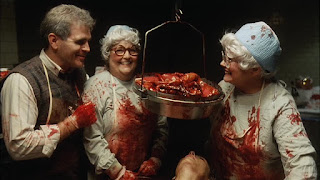 “Ooh, that's a lot of hot cereal!” Diving deep into the heart of, conveniently enough, Egypt Town, our heroes encounter a shady restaurant owner, his hulking sidekick, their beautiful and eager new showgirl-turned-waitress, a gang of black-clad ninjas, and more besides. That's not even to mention a curious side plot involving extreme aversion therapy for Sweeney's chain-smoking, exercise-crazed wife Erna (Beverly Penberthy), who puffs away like the back end of an old banger that would never pass its M.O.T. in a million years! 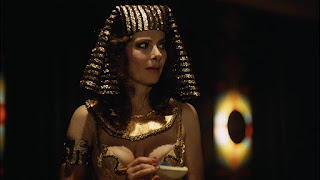 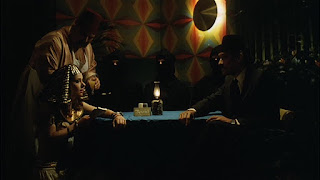 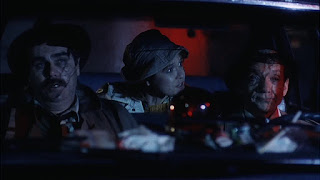 “Just what in sam-fucking-hell is going on here, what are we, a travel agency?!” Bloodsucking Pharoahs In Pittsburgh isn't quite as great as its title suggests, but how could it ever be? While not uproariously funny, or chillingly scary (such is the hard path of the comedy/horror hybrid), the film does pack a considerably enjoyable haywire vibe. This is a strange and particularly weird flick that, for whatever reason, has flown under most radars. Visually the film is very strong – albeit with a few scenes that are incongruously under-lit (e.g. the opening) – and the script, with various send-ups of cop movie clichés, is wacky enough to paper over any cracks. 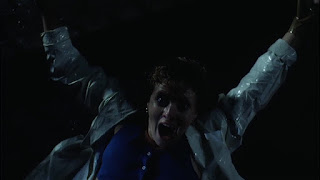 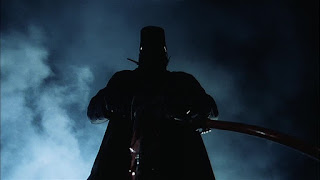 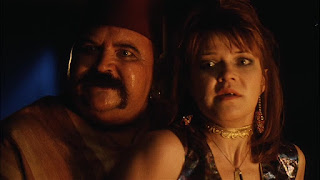 “The only thing I've heard you ask is what the King Tut Special was! Somebody's got to take the initiative.” Additionally, the film features an eclectic cast, including Jane Esther Hamilton as Grace (otherwise known as adult film icon Veronica Hart), who gives a joyously game performance in all regards – whether it involves prat-falls, leather bikinis, or using a chainsaw as a club in a fist fight! Support arrives in the form of Pat Logan as Lobar (Uncle Rege in Savini's 1990 remake of Night of the Living Dead), Debra Gordon as Mavis (one of the featured zombies in Day of the Dead), and Taso N. Stavrakis (a name for the aficionados). Savini, Logan, Gordon, Stavrakis, and Pittsburgh? Yes, the links to George A. Romero's 70s/80s heyday of independent film-making pop up all over this flick, making it a real treat for horror nerds. 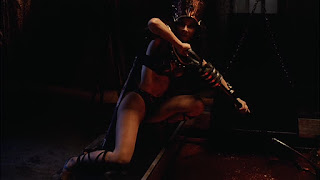 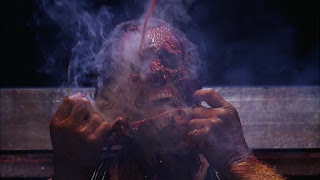 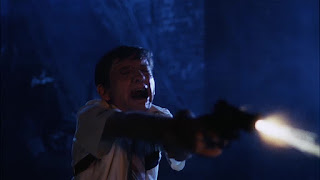 “I know Anubis when I see him!” Appearing for the first time on DVD (and Blu-Ray) in the United Kingdom, 88 Films pluck this quirky gem from obscurity and give it a pleasing treatment. The widescreen print does feature numerous scratches, but otherwise the quality is crisp and clear; likewise, the audio track is lovely and clean. On the extras front, there's a trailer gallery, picture gallery, Tschetter interview, and a collection of extended scenes (19 minutes worth, including some moments of added blood). However, the juiciest bits come in the form of a brand new 11 minute interview with Tom Savini and a 15 minute dose of some of the murder maestro's behind the scenes footage – both of which prove to be goofy, entertaining, and rather informative must-watch featurettes. 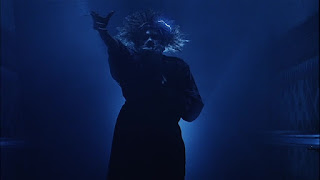 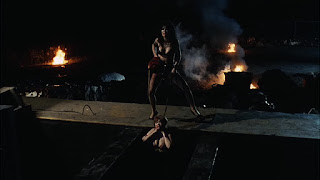 Bravo to 88 Films for the impressive effort that has been afforded to such a bizarre and little-known film as Bloodsucking Pharaohs In Pittsburgh, which now deserves the chance to gain a wider audience. Fans of zany curios in the exploitation/horror realm – and especially those with a fondness for the film-making collective who were hands-on during George A. Romero's most productive years – will find plenty of jubilant strangeness (and some impressive gore!) to tickle their fancy.
Posted by Nick Thomson at 17:22