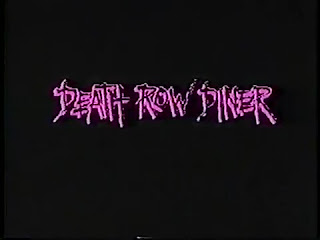 “Smash their skulls, chop off their heads, it's all the same.” What does a 'straight project' from a guy who has made a long career for himself in pornographic movies look like? Perhaps it's some sappy drama about unrequited love, or a half-baked polemic masquerading as art, or just maybe it's a shot-on-video schlock horror comedy where a ping pong paddle is put to eye-popping use?... 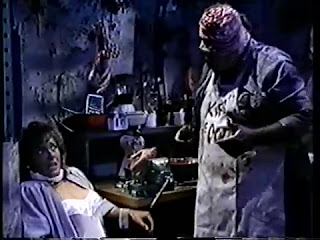 “Well, if you were more of a man and less of a prick, maybe I wouldn't need a stud farm.” We kick things off in 1948 at a prison, where Otis Wilcox (John Content) – a big time Hollywood movie producer who has been wrongly convicted for the murder of his wife – is hauled out of his cell, denied a last meal, and tossed into the electric chair for a one way trip to Saint Peter. Fast forward forty years and we're conveniently back at the same inexpensive location to witness the shooting of a movie, directed by talentless hack Bill Weston (John Henry Richardson, Hollywood Chainsaw Hookers), whose production has tempted fate and brought back the restless – and peckish – spirit of Otis! 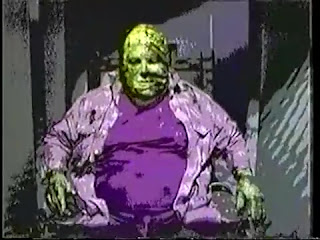 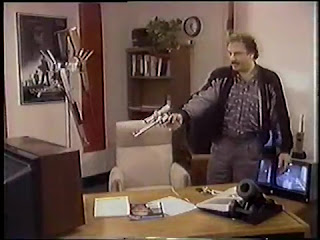 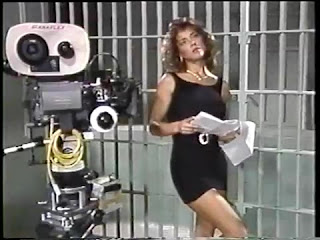 “Since when can your tits memorise lines?” Starring in Weston's latest crap-fest is his long-suffering, man-eating wife Julia (Michelle Bauer, Sorority Babes In The Slimeball Bowl-o-rama), who just so happens to be Otis Wilcox's granddaughter and minority shareholder in his studio, the output of which has fallen from quality pictures to churned-out gutter trash Z-movies. She hates her pompous arty farty husband, who struts around adorned with a cigarette holder and cravat, and would dearly love to return Wilcox Studios to its former glory, but Bill has a stranglehold over it thanks to the help of sleazy mob guy Tony Milano, whose answer to most encounters or fleeting nuisances is to blast a hole in it with a shotgun before casually palming the clean-up onto some dumbfounded lackey. 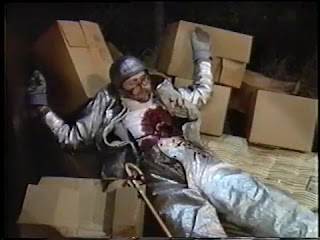 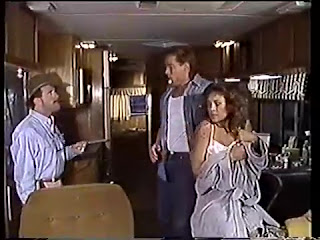 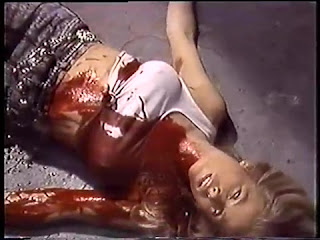 “You know, the quality control on this production definitely sucks.” As the production continues, more and more crew members are bumped-off by the roaming, resurrected, and occasionally solarised Otis, who lumbers from one clumsy tension-free set piece to the next (early kills come too suddenly and with minimal on-screen payoff). Written by James Golff, Salvatore Richichi, and D3 (the commonly used pseudonym for Director B. Dennis Wood), the back-of-a-cigarette-packet script is, frankly, not up to much due to its curious approach to plotting and heavy reliance on narration to flesh out the story. However, there are some decent one-liners throughout and a solid premise for a schlock horror flick is at its core, but viewers would be advised to expect no more quality than what you'd likely find in the middle-of-the-road churned-out porno tapes of the 1980s, when relatively artful 35mm adult productions were usurped by the new cheapo tech of VHS. 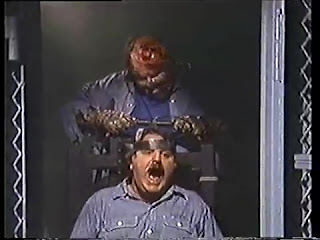 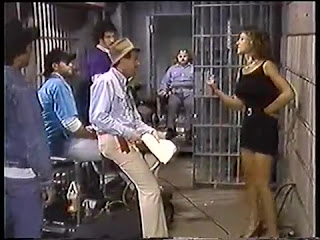 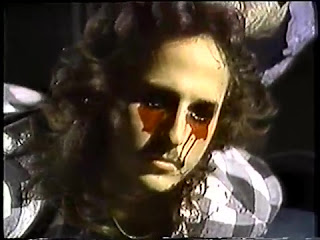 “There's something about a zombie that turns a woman's head.” Considering that Wood/D3 has gone on to have a long career in adult fare (usually in technical and editing capacities), it's somewhat surprising that there is absolutely no nudity whatsoever in Death Row Diner. However, at least there's some blood and gore. It's cheap and nasty, but it peaks the viewer's interests at regular intervals and does spark some genuine fun. For example: an Elvis-impersonating craft service guy gets gassed to death by Otis' poo fumes from a porta-potty, a skateboarding crew member is decapitated mid-roll (the rest of him keeps on skating!), and the ping pong paddle death scene truly is the highlight of the movie. 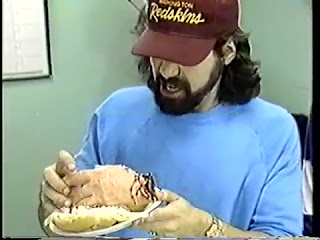 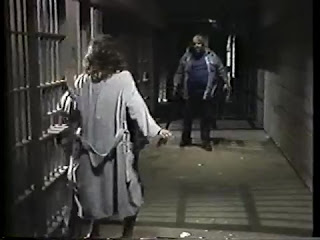 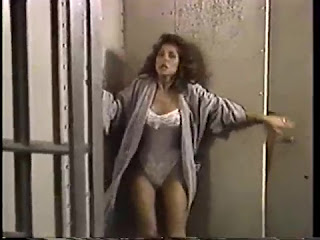 “Don't forget to dress for dinner.” Speaking of the movie's highlights, Scream Queen icon Michelle Bauer consistently steals every scene in which she appears, elevating the generally shoddy material to far greater heights whenever she's gamely playing along with the goofy premise or gleefully bickering with her on-screen husband. Mercifully, this often times slapdash production is only 69 minutes long and occasionally extracts a silly giggle from it's crude humour – which rarely peaks above the level of naming a person “Dick Goesinya”, toilet paper stuck to Otis' foot, or a cartoonishly Australian hunk/idiot obliviously being sent off to shoot photos for 'Rear Admiral' magazine. 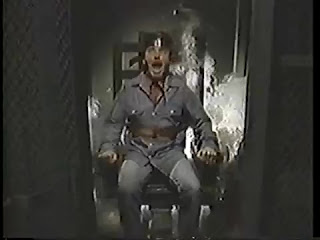 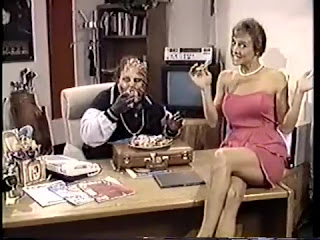 “Yeah, stick that up your ass, ya stupid looking bastard!” From Camp Motion Pictures (aka Camp Video), Death Row Diner not-so-subtly advertises the likes of Video Violence and Hollywood Chainsaw Hookers – also distributed by Camp Video – and closes with a series of bloopers, which at least show that the threadbare production was a fun time for those involved. For hardcore fans of Shot On Video cheese or Michelle Bauer only, Death Row Diner is more trick than treat, but it's not without some charm.