What Have They Done To Your Daughters? (Massimo Dallamano, 1974): DVD Review...

This early 1970s poliziotteschi-cum-giallo has a bigger bark than bite - it appears to be more lurid, judging by the cover art (in Shameless' signature gaudy yellow), than it actually is. While Strip Nude For Your Killer (1975) was as sleazy as you'd expect, Daughters takes a different route and focuses much more on the police investigation aspect - that is oftentimes overshadowed by the easier to market themes of sex and violence. 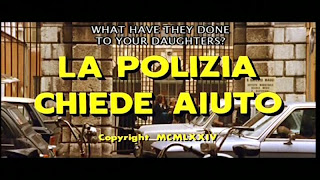 A rich school girl is discovered hanged in a loft apartment - a girl who is evidently no stranger to carnal activities - and so begins an investigation that leads to the discovery of a secretive, high-end prostitution ring that specialises for those seeking underage exploitation. There are times when the film appears to have quite serious pretensions of addressing a horrific fact of life, albeit in the vein of an occasionally gruesome murder mystery. Indeed, by the end of the film, the underlying cynicism of Ettore Sanzo and Massimo Dallamano's script really comes to the fore to point a finger at the grim realities of political corruption - how thousands of missing teenagers are simply ignored by the system. 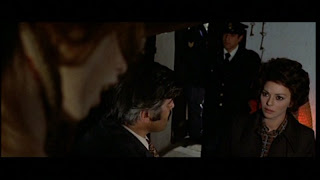 So while it might disappoint some of those seeking more exploitative fare, it does compensate in spades with a pretty strong police procedural story (relatively speaking, at least) mixed with elements of murder mystery and even action. A notable high point in the film is an impressive chase sequence that appears to throw caution to the wind in a somewhat guerrilla filmmaking style. The police chase a leather-clad, cleaver-wielding motorcyclist at high speed through the streets and - seemingly at least - genuinely catch unaware bystanders by surprise, which only adds to the thrilling riskiness of the chase. 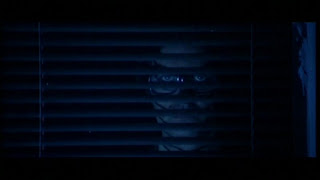 Compared to Strip Nude For Your Killer, the direction and photography aren't quite as tight or quite as beautiful, but nevertheless Franco Delli Colli's cinematography provides a constant stream of impressive compositions, while Dallamano keeps the spotlight shining directly on the police investigation - indeed, considering some aspects of the plot, it makes an awful lot of sense to take the higher road. One stand-out contribution above them all, however, is Stelvio Cipriani's score - particularly "La Polizia Sta A Guardare" (as heard during the climactic chase sequence in Quentin Tarantino's Death Proof) - which adds a sense of propulsion that nicely compliments the procedural aspects of the plot. 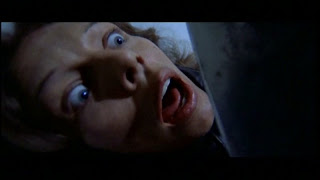 Shameless Screen Entertainment's DVD makes for a solid presentation. The film looks about as good as you can hope for - this not being a 'big name giallo' like The Bird With The Crystal Plumage - yet the clean-but-still-grainy 2.35:1 print (in anamorphic widescreen) actually helps compound the grittier elements of the plot. A series of trailers for other releases, and a reversible sleeve round out the package. 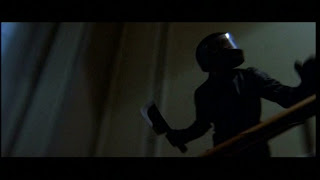 For those with a penchant for 1970s giallo, this is definitely a worthy and intriguing entry in the genre. A mixture of mystery, horror, action, and thriller with a healthy dose of cynicism that makes for a strong and enjoyable viewing experience.
Posted by Nick Thomson at 18:44