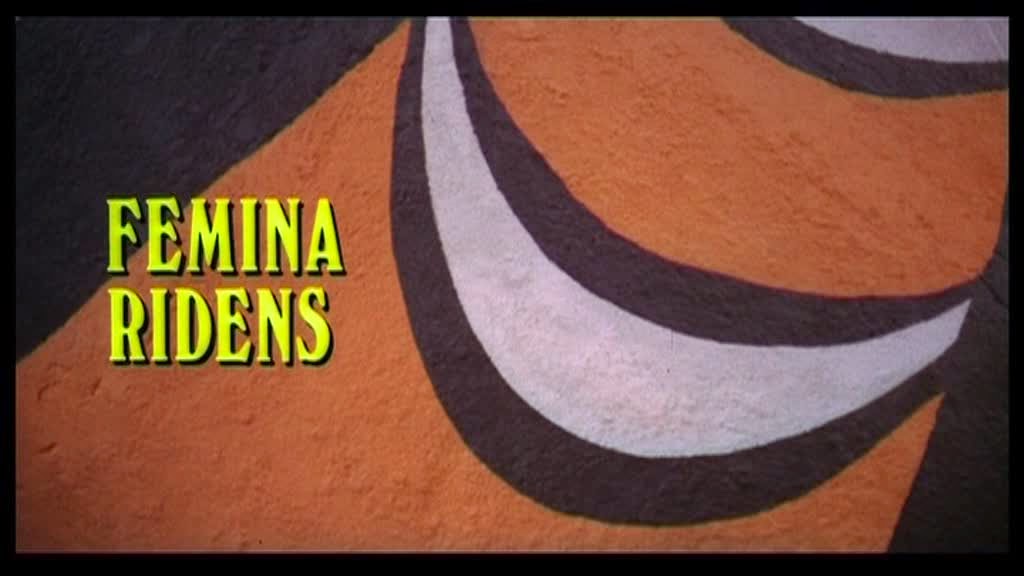 “You have a very odd way of spending your weekends.” Piero Schivazappa's The Frightened Woman (aka Femina Ridens, or The Laughing Woman), is an artful examination of sexual politics and the war between the two sexes from a time when the sexual revolution was at its peak. With stunning visual arenas from famous names such as Niki De Saint Phalle and Jean Tinguely, it combines cutting edge sixties fashion and design with dangerous games of submission and control. 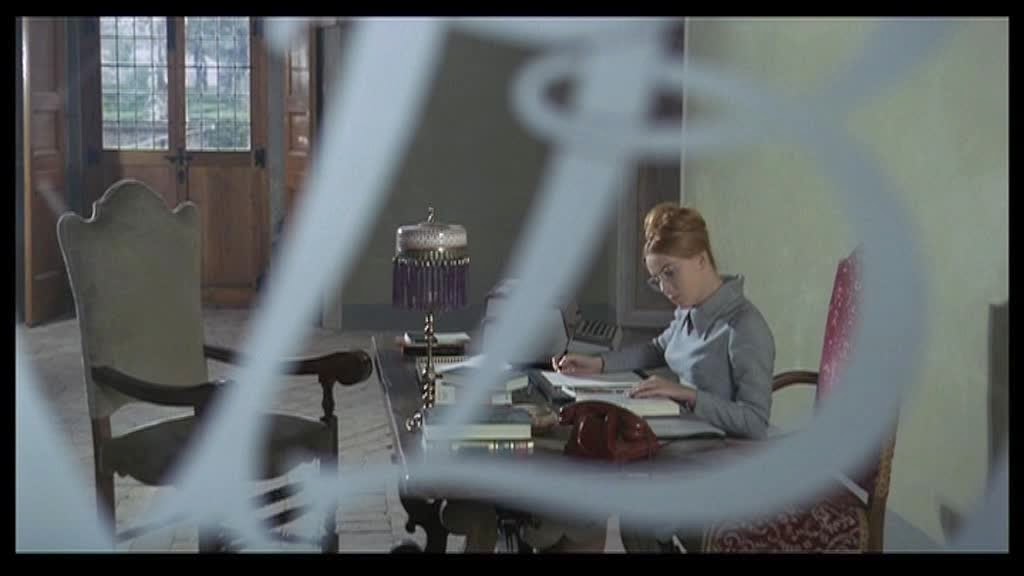 “Are you personally for or against sterilisation?” Dr Sayer (Philippe Leroy, Nikita) is a bachelor and a rich man, a philanthropist, a frequenter of prostitutes, and a very dangerous man indeed. Maria (Dagmar Lassander, The Forbidden Photos of a Lady Above Suspicion) on the other hand is his new secretary and brazen enough to support the notion of male sterilisation after they have fathered two children. She is to prepare a report on the subject over the weekend, but Sayer's opinions on the matter are the polar opposite to hers, and only he has the research she requires. 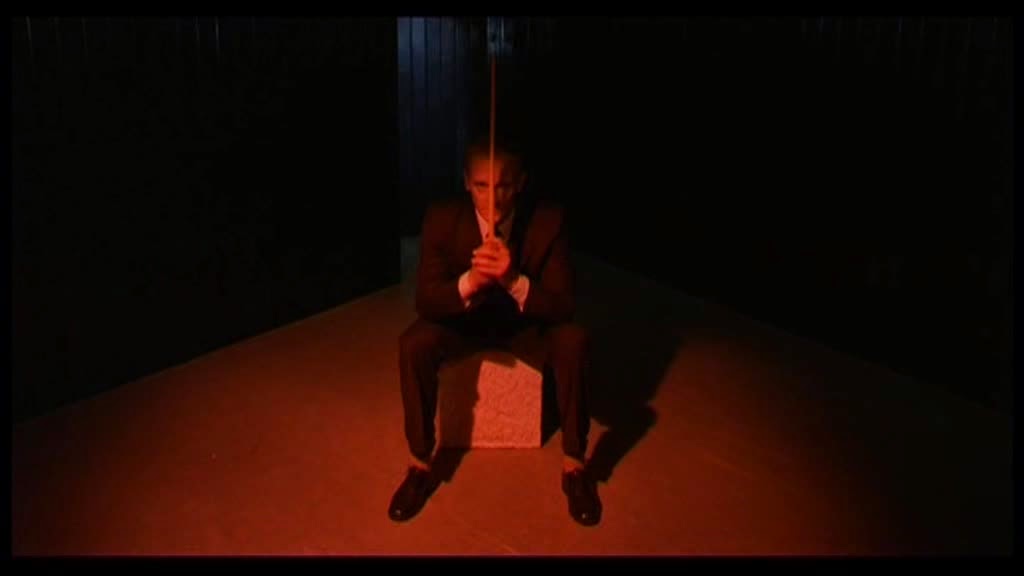 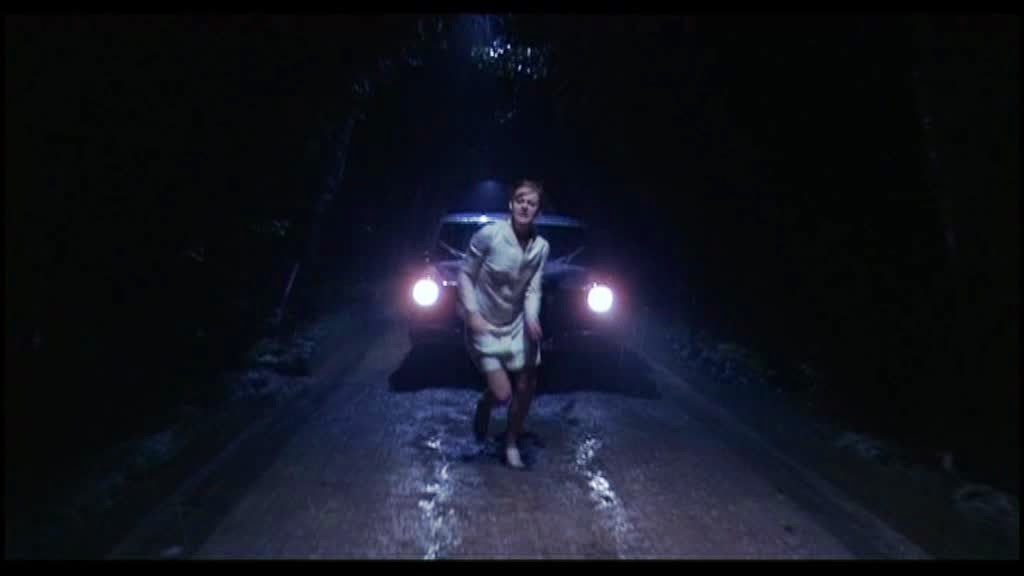 “From an aesthetic point of view your position is perfect.” She goes with him to his home and quickly finds herself drugged and kidnapped, waking chained up in a dark room with him brandishing a dagger. Speaking of a wild conspiracy – of 'men in sexual fright' – Sayer fears women becoming socially and sexually self-sufficient. Clearly, a man who spends his free time listening to 'Sexual Aberrations and the Stars' isn't what you would call well adjusted. This is how he likes to spend his weekends. 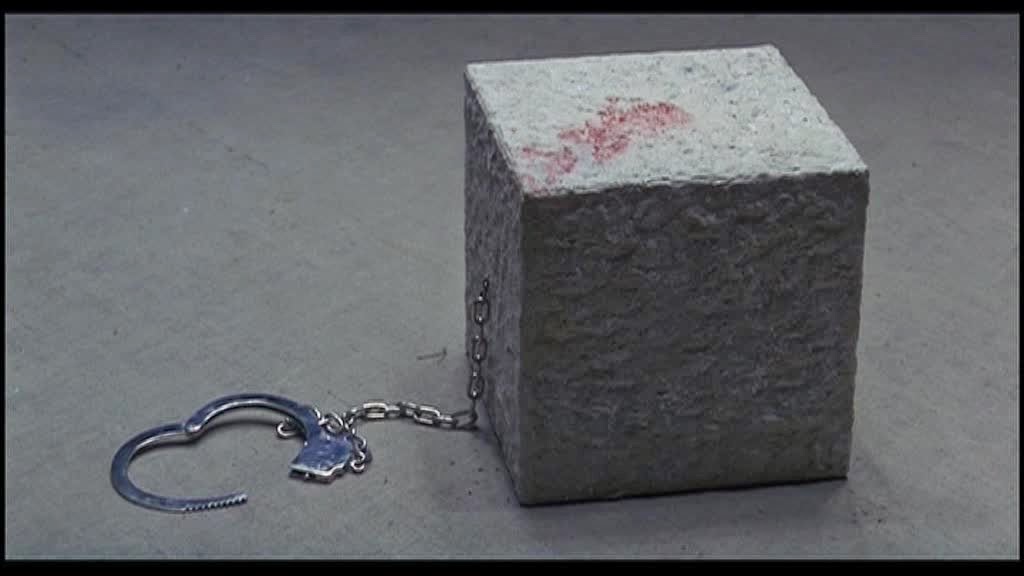 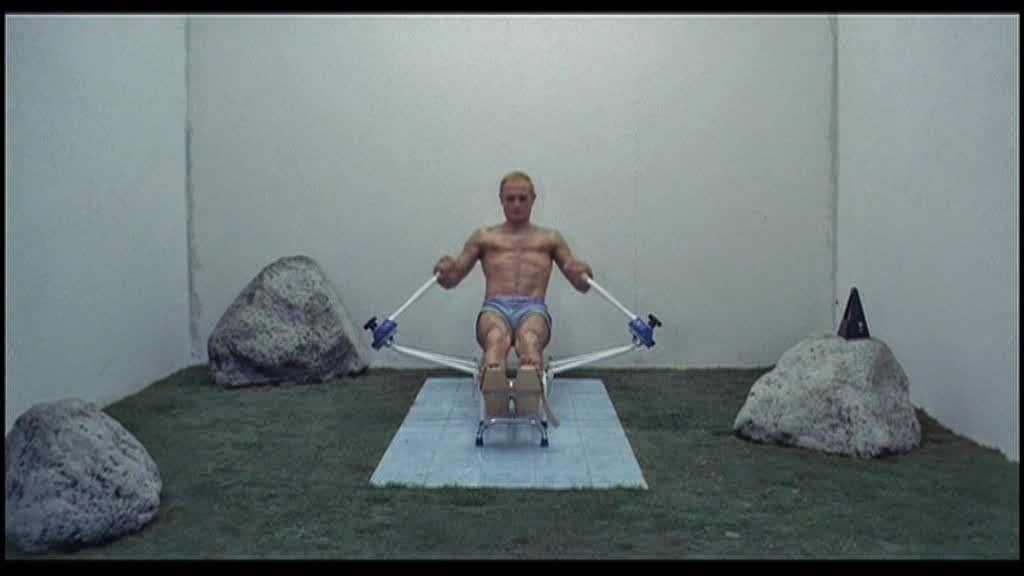 “No my dear, it's not me who's mad, it's you and all other women.” Taunting Maria with a disturbing rubber doll version of himself (he encourages her to romp with it as per his instruction) and a series of grisly pictures of his previous victims, Sayer gradually reveals his inner workings. Fascinated with the biology and feeling of other people's fear, his perversions were born of a childhood memory of seeing the violent mating of scorpions and the 'betrayal' by the female of the species at the climax. 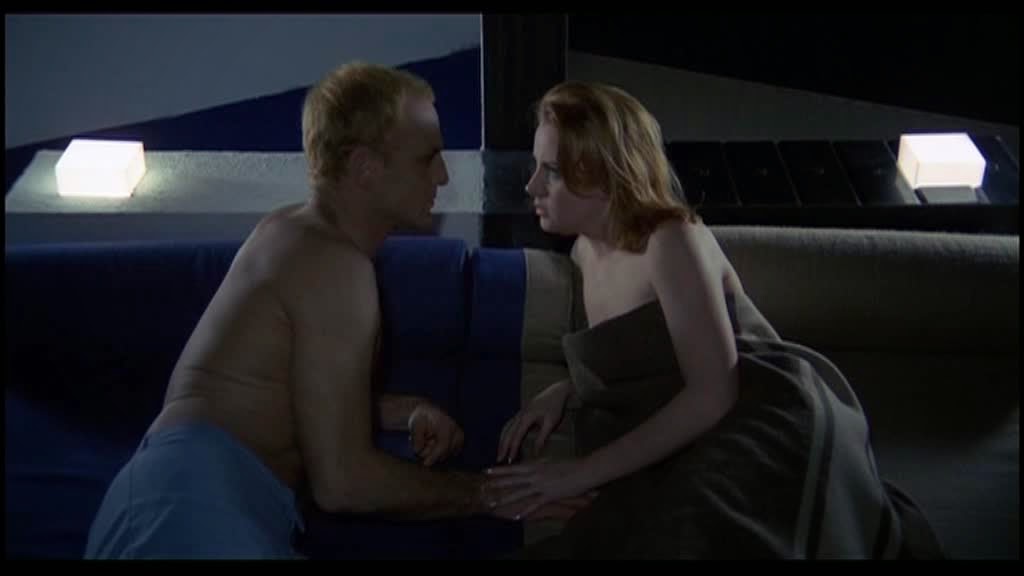 “Your personality no longer exists, your will only knows blind obedience.” Suffice to say, things are looking bleak for Maria until she starts to turn the tables on him – how long can he really maintain a lust for his dark obsessions? Might there not be something better for him out there? Might there not be a chance of rehabilitation? A deadly game of control and submission is at hand, a blend of fantasy, seduction, and frustration – but who will be the victor? 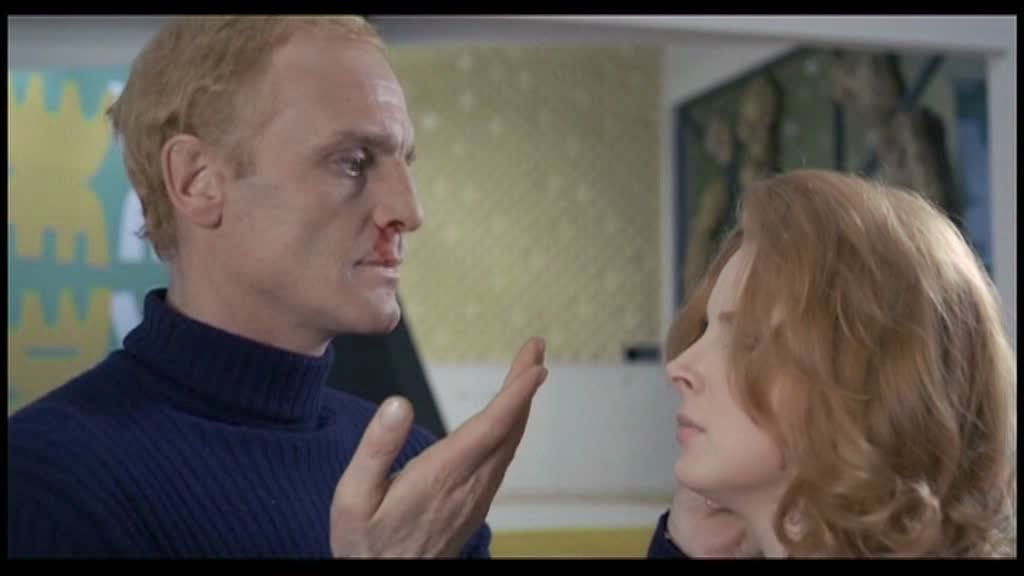 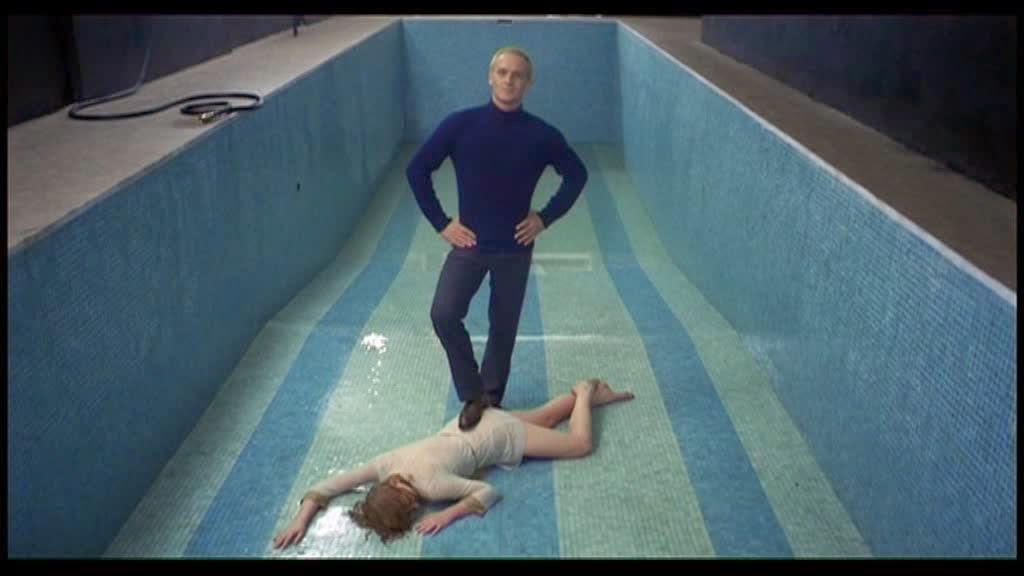 “In here one can go absolutely mad and eventually die.” Unleashed at the close of the sixties, at the height of the sexual revolution, The Frightened Woman plays with strong themes of subjugation and manipulation; deluded misogyny on one side, female empowerment on the other. These potent ideas are at the core of the script, but only stretch so far as, in the later passages of the film, the sense of menace, mystery, and tension begin to deflate. Fortunately, in spite of a few holes, the movie culminates in a manner that is both deliciously pleasing and capable of paying off the somewhat obtuse opening. 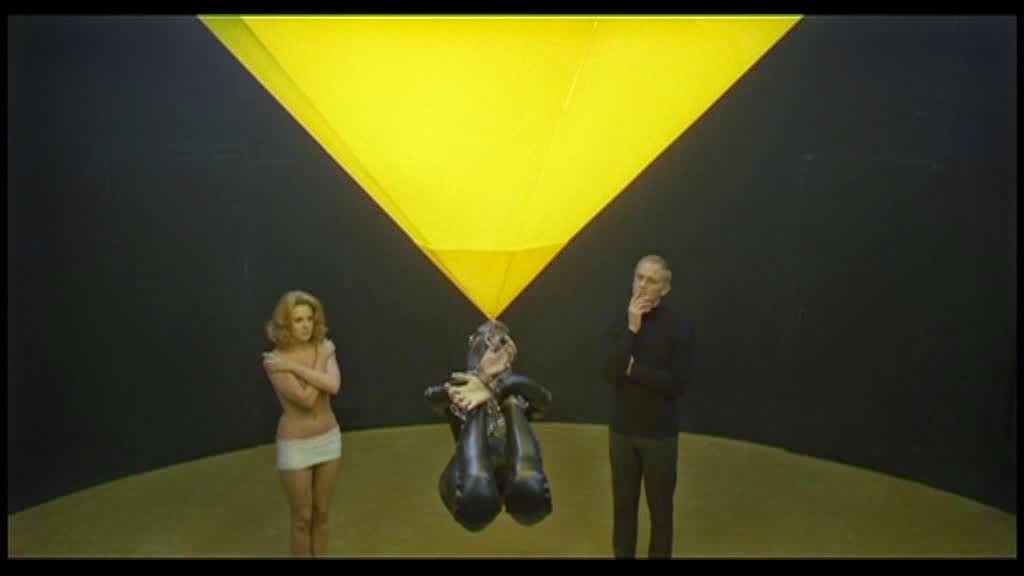 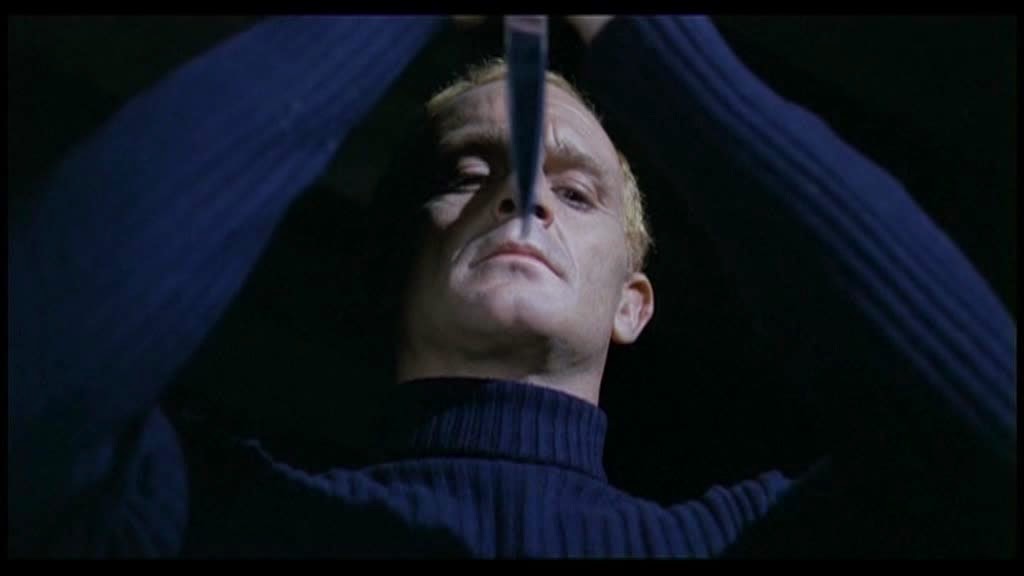 “I can do everything to you for my pleasure, kill you if I want, do you understand?” Doused in the style of the 1960s – all bold colours, crisp lines, and clean surfaces (and aquatic cars) – Schivazappa's film is a visually striking film. Beautifully captured by cinematographers Carlo and Sante Achilli, The Frightened Woman is at its strongest when it is luxuriating in artistry. A key sequence (as well as the opening credits) was shot in and around “Hon” (Swedish for “She”), a collaborative installation between Niki De Saint Phalle, Jean Tinguely, and Per Olof Ultvedt – in essence, an intensely colourful pair of reclining legs betwixt lie what resembles a 'vagina dentata'. A close fit for the film, most definitely. 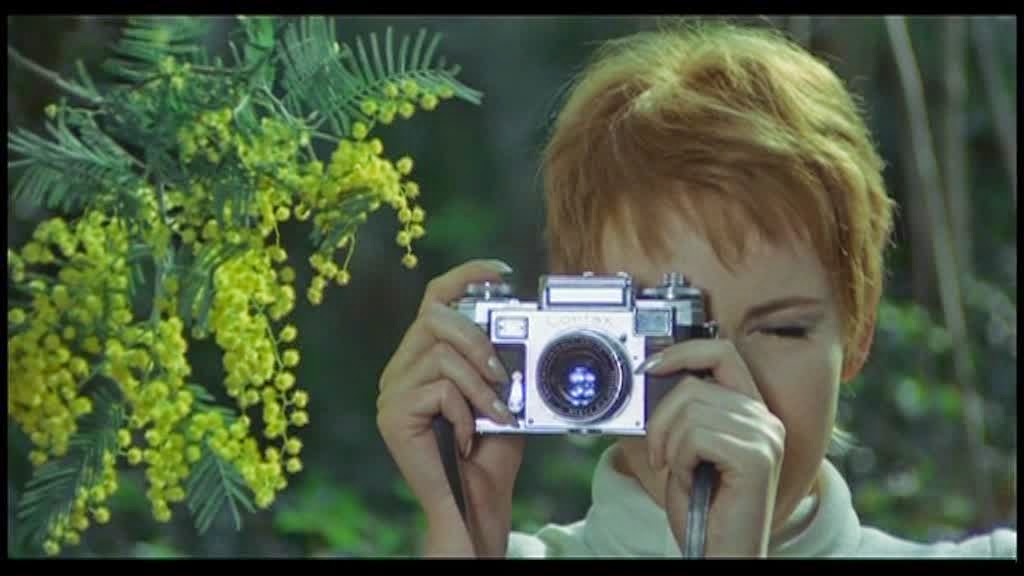 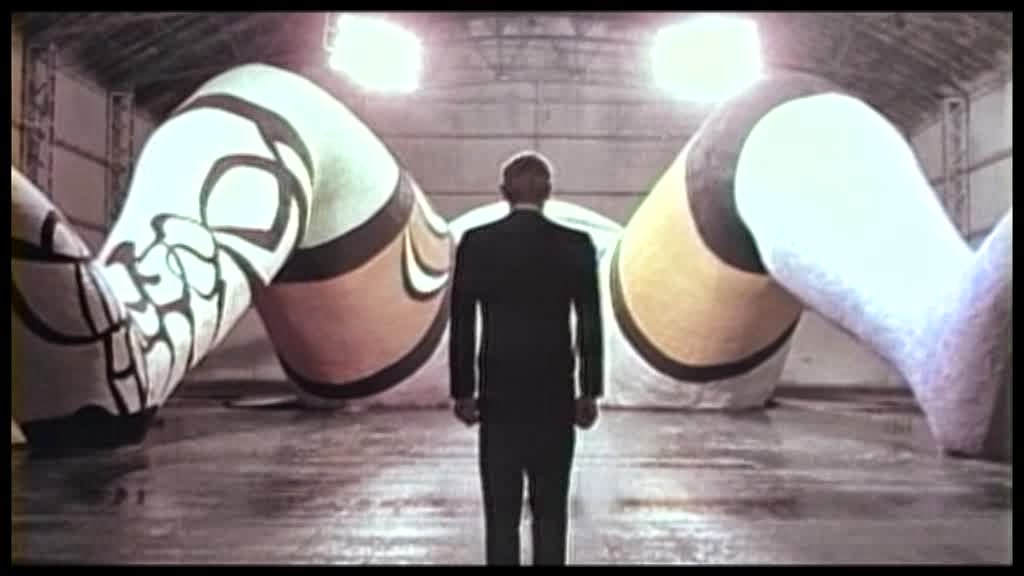 “When are we to begin this cure?” There are certainly stronger cinematic outings from the time period, but The Frightened Woman is not without it's own particular sense of style, it's own convictions and ideas. It does lose focus during the second act, but ultimately it stands as an intriguing piece of visual and thematic storytelling. It's certainly not for everybody, and not without its cheesy moments (the 'walking' skeleton, for instance), but the groovy fashion, architecture, and music (by Stelvio Cipriani, The Bloodstained Shadow) are too good to resist. 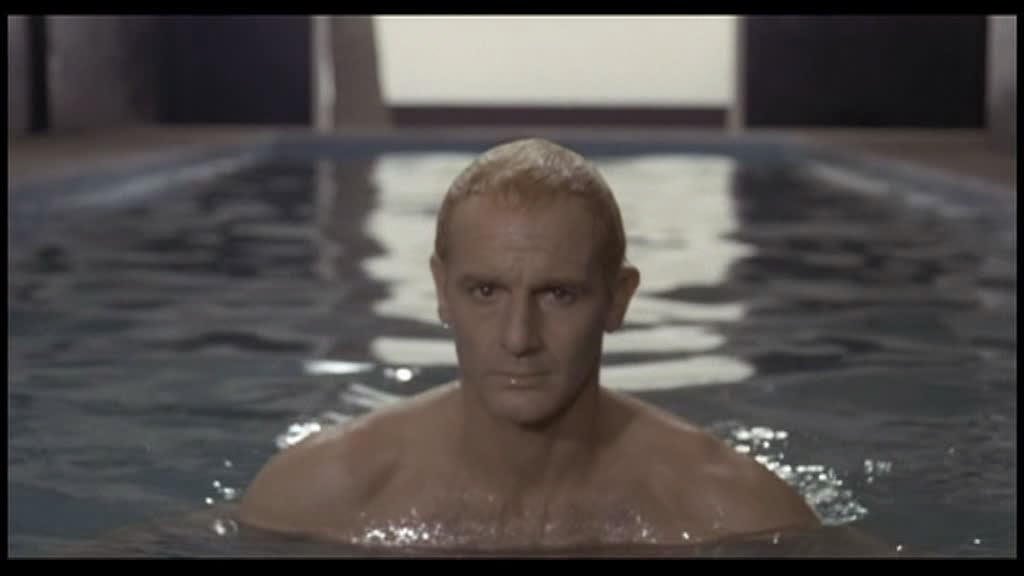 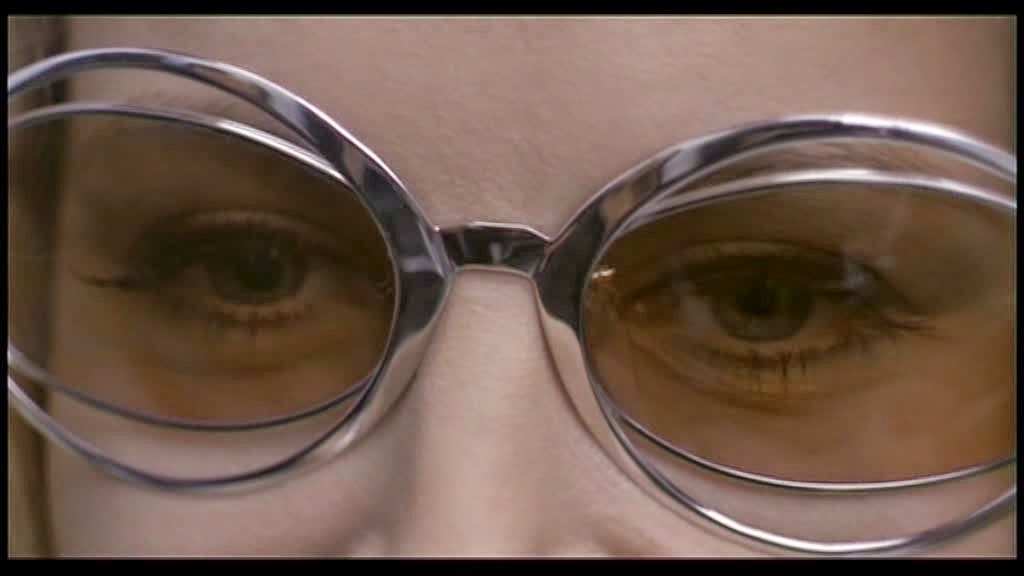 "An experience in subjugation!" The Frightened Woman is reviewed as part of the Shameless Screen Entertainment 'Pop Erotica Fest' box set, which also features Venus In Furs, and Baba Yaga. This extended version of the film is presented in 1.85:1 widescreen with a series of trailers as the only extra features. The print is variable, being that some snippets have been re-inserted from inferior sources, and while it is somewhat soft it's generally pretty decent. The audio is likewise not stellar, but not bad either. Typically for Shameless, the box art for their third DVD collection (compiled in 2012) is impressive, with a nostalgic reversible sleeve which resembles a Video 2000 cassette.
Posted by Nick Thomson at 12:33