One of Sergio (The Mountain of the Cannibal God, Torso) Martino's earliest films, The Strange Vice of Mrs Wardh exhibits a confident grasp of tension-building and exploitable elements, which would be seen just as strongly in his later work (such as the equally superb Torso aka Carnal Violence). This prime example of the greatest the giallo genre has to offer, partly inspired by Les Diaboliques (Henri-Georges Clouzot, 1955), follows Julie Wardh (screen siren Edwige Fenech, Strip Nude For Your Killer), the wife of an American diplomat who has been left stifled and unfulfilled by her marriage, and resorts to fantasising about her fiery relationship with the sexually aggressive Jean (Ivan Rassimov, Eaten Alive), who she once again comes face-to-face with when she arrives in beautiful Vienna. 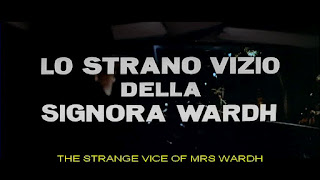 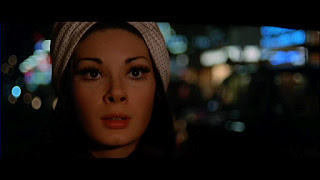 Similar to Torso, The Strange Vice of Mrs Wardh kicks off with a first half that is fuelled by frequent sex and violence, with a second half that focuses on the psychological torture of the female protagonist. Ninety seconds into the film and you've already been confronted by bare flesh and a slashing straight razor – the tool of choice for the so-called 'Sex Fiend' killer who is on the loose. During this first half, there's more bared arses and breasts than you can shake a stick at (Martino deliberately shot much of this content so the conservative Italian film censors would have something to edit out – content which has returned for this DVD release, the first-ever in the UK) – and then by ten minutes in we've had four nude scenes. 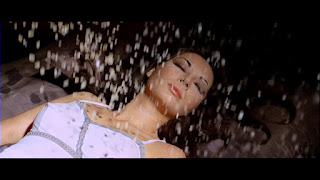 Click "READ MORE" below for the rest of the review, as well as more screenshots.


However, having efficiently gorged the eyeballs early on, Martino shifts gradually into telling his tale of suppressed sexuality (Mrs Wardh has a blood fetish that both entices and repulses her). Encouraged by her lustful friend Carol (Conchita Airoldi, Torso), Julie tries to move away from the insistent Jean, away from her distracted husband Neil, and towards the charming George (George Hilton, All the Colours of the Dark), as mysterious bouquets of flowers continually arrive at her apartment (decorated with flair by Nick Dominici, like a hangover from the 1960s) with increasingly menacing notes attached - “The worst part of you is the best thing you have, and it will always be mine”, “your vice is a locked room and only I have the key”, and so on. 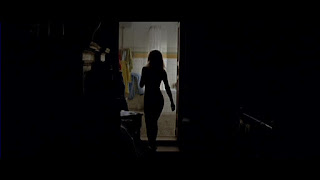 As those around her succumb to the tireless straight razor slasher, Julie spirals into a storm of mental anguish – a chance for Fenech to show off her acting chops, and not solely her curves – but will she be able to wrestle with her inner demons and the leather-clad killer who stalks her across the sights of Europe (including Vienna's Schonbrunn park at sunset, in a sequence inspired by Michelangelo Antonioni's Blow-Up). 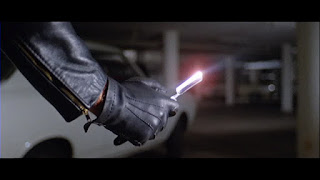 As is typical for this era of cinema, it more than looks the part. Emilio (The Case of the Scorpion's Tail) Foriscot's widescreen cinematography is exquisite, Eugenio (The Good, The Bad, and The Ugly) Alabiso's editing is pin-sharp (particularly in a spectacularly suspenseful parking garage sequence), and Nora Orlandi's score (as used in-part by Quentin Tarantino in Kill Bill Vol. 2) is typically memorable and iconic. Furthermore, the script – co-written by Eduardo Manzanos Brochero, Vittorio (All the Colours of the Dark) Caronia and Ernesto (AlmostHuman) Gastaldi – is tight as a drum, serving delicious slices of darkness and psycho-sexual temptations. 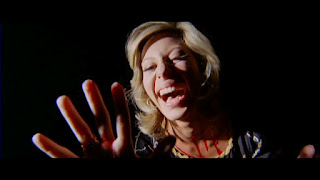 Combining on-screen charisma with a sharp script, stylishly implemented camera tricks, and enough titillation and crimson for the genre hounds, The Strange Vice of Mrs Wardh proves very successful indeed as an example of the giallo genre that won't fail to satisfy. Excellent. 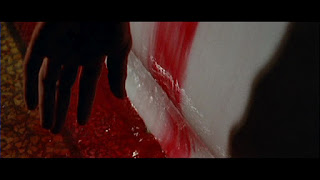 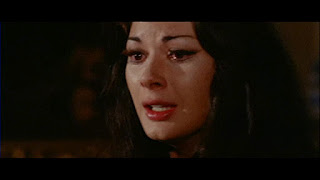 Shameless Screen Entertainment's 30th release (from 2011) boasts a reversible sleeve, two audio options (English dubbed, and original Italian with subtitles), a fascinating, informative, and even jovial chat with Sergio Martino, a featurette by Justin Harries of Filmbar70 giving some nice contextual background information, and not one, not two, but thirty-two trailers (two of which are hidden easter eggs) to help you figure out which Shameless release you want in your hands next. The presentation is as clear as you would hope for from a film of this age (and presented on DVD), so if you're into the giallo genre and haven't yet seen this flick, or you want to know a good place to start exploring the genre, then look no further. A stylish and superior Italian killer thriller with a meaty dose of mystery – a must-see.
Posted by Nick Thomson at 18:56