Umberto (Almost Human, Cannibal Ferox) Lenzi toured a variety of genres during his time as a director, bringing exuberant smash & grab style to his films. Interestingly, Oasis of Fear (aka Dirty Pictures), is a more claustrophobic and restrained effort from Lenzi when compared to some of his more famous flicks. That said, the first act is a typically Lenzi opening – all crash zooms, fast cuts, spiralling camera angles and a generally fevered pace (good work from editor Eugenio Alabiso) with a hip-swinging pop soundtrack. 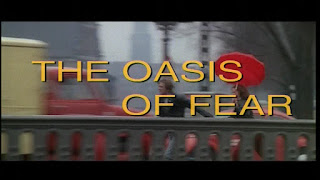 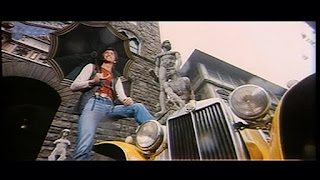 Click "READ MORE" below to see more screenshots and to continue the review...
Richard (Ray Lovelock) and Ingrid (Ornella Muti) are two holidaying hippies who are “bringing the Gospel of sexual freedom to darkest Italy” - funding their European holiday by flogging pornography, bought on-the-cheap in more liberal climates, to the residents of Italy (some of whom gawp at classical works of sculpture as if they were smut). To all intents and purposes the free-wheeling duo are fairly innocent – like Bonnie & Clyde without the armed robberies – they just skirt the boundaries of then-current public decency. “Who's on the run? We're on holiday!” 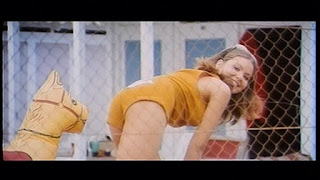 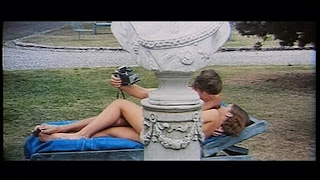 While initially successful in their porn-funded holidaying plan, they soon find themselves out-of-pocket – and without a source of cheap smut to shift at a profit, Ingrid has to try and sell cheap photo snaps of her own flesh, a tactic that immediately lands them in trouble with the law who tell them to get out of the country. Out of cash and out of petrol, they end up in the home of Barbara (Irene Papas), the aging-yet-glamorous wife of a Colonel who, at first nervous about the petrol-pilfering pair, has a change of heart and is soon partying with the young travellers. However, by the next day their host's friendly ways take on a more suspicious and twisted tone – just where is her husband who has been 'minutes away' from arriving since they turned up on her doorstep the day before? 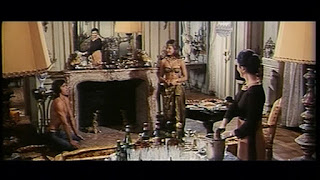 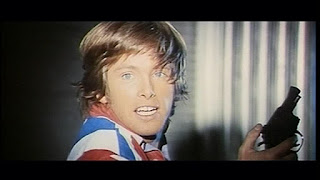 The script (written by Lucia Drudi Demby and Antonio Altoviti, with input from Lenzi) cleverly rations its information to keep the viewer guessing, and packs a rather dark punch come the end. Here in Lenzi's world there's too little room for the bored bourgeoisie and flighty love-birds to co-exist. “What does being rich mean to you?” 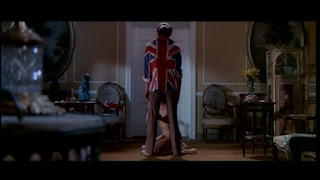 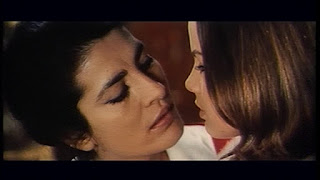 Shameless Screen Entertainment's 17th release (from 2008), is par-for-the-course, features an uncut rebuild edit of the film (featuring some scenes in Italian with English subtitles) in the original aspect ratio (2.35:1). Print-wise, the DVD presentation does look fairly rough around the edges (some scenes suffering from particular softness or grain), but with niche-market films like this mystery-cum-sexploitationer, it's about as good as you're probably going to get. The DVD also includes a subtitle track of trivia and trailers for other Shameless DVD releases. 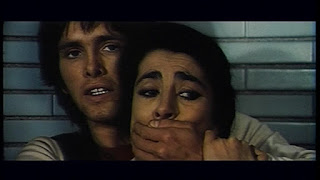 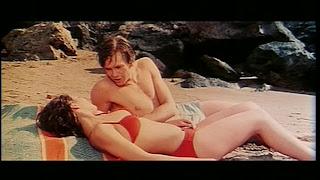 Oasis of Fear is ultimately not as sleazy, nor as brash, as the opening act suggests, but with game performances and the dark-minded satirical savagery of the screenplay, Lenzi fans should find much to enjoy on this decent DVD release.
Posted by Nick Thomson at 18:08