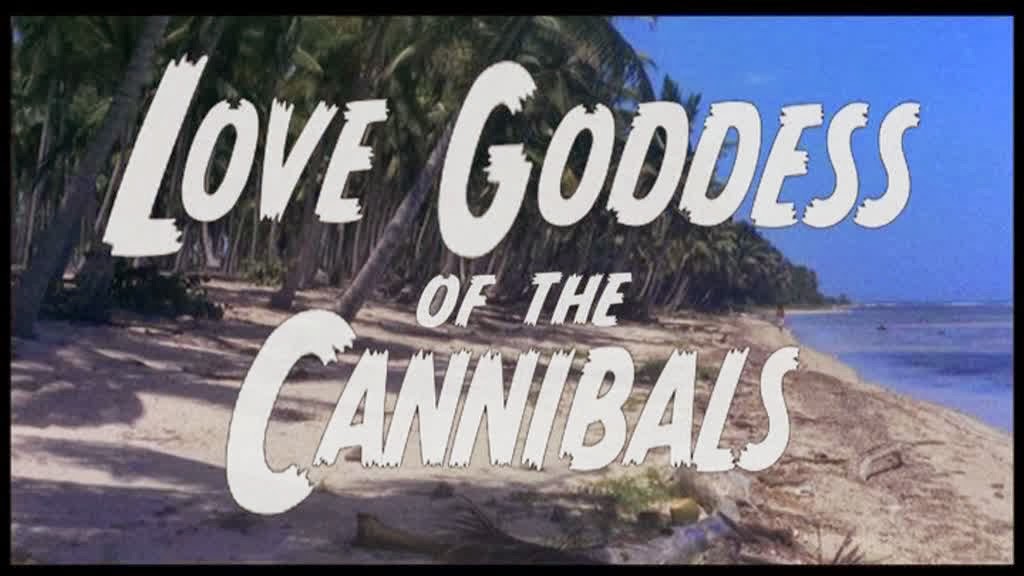 “You'll die of pleasure!” Also known as 'Papaya dei Caraibi', Love Goddess of the Cannibals concerns itself with Papaya, a voracious lover and apparent voodoo priestess, who uses the lure of enduring sexual adventure in a tropical paradise to ensnare the male workers at a nearby nuclear reactor. Given a lingering sexual charge by the mucky mind of Joe D'Amato, director of Death Smiles on a Murderer (1973) and the notorious Emmanuelle in America (1977), this is certainly a film for fans of classic European sleaze. 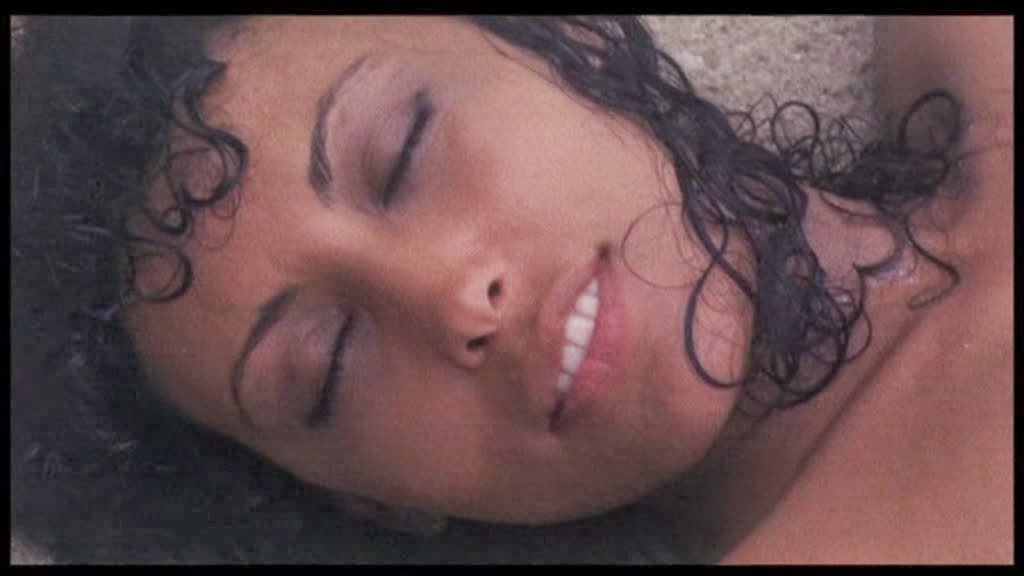 “Maybe he liked the local girls a little too much, but that's hardly a crime.” You start receiving what you paid for immediately with this flick as a lush beach, shaded by towering palm trees, reveals the dripping, sun-kissed body of Papaya (Melissa Chimenti), who luxuriates in the sand before retiring to a small hut for some raunchy goings on. Not content with rubbing the white man's love spuds with a papaya fruit (of course!), she bonks him senseless before unceremoniously biting his todger off and flinging it out of frame ... well, that's one way to start a movie with gusto! 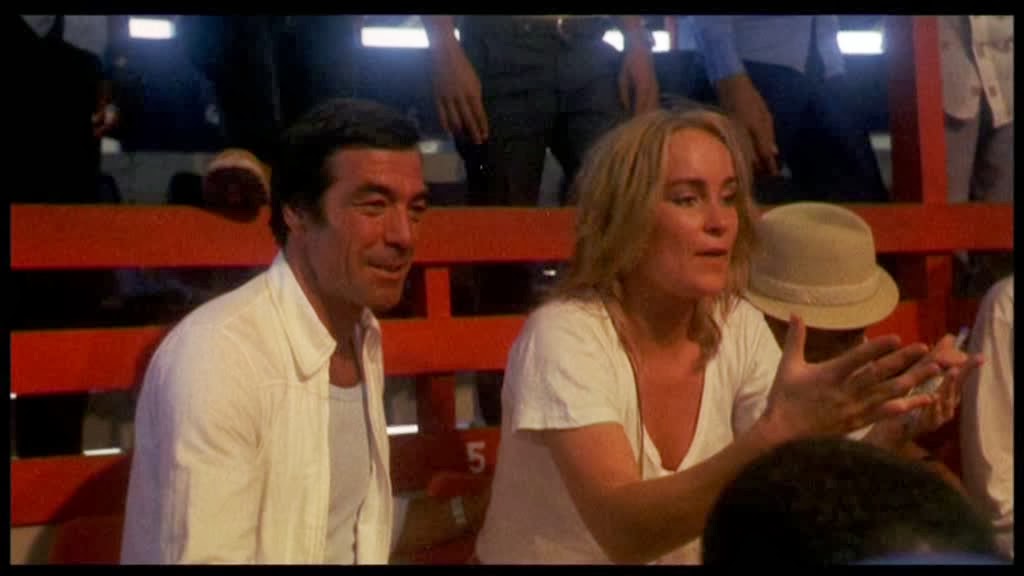 “I'm all wet.” - “That's my girl.” Meanwhile at a cock fight, which was shot for-real akin to an observational documentary, holidaying journalist Sara (Sirpa Lane, The Beast In Space) meets up with her geologist friend Vincent (Maurice Poli). He's working for the company that's running a nuclear reactor that has attracted the ire of the locals, who fear its pollution, and the general threat to their society's way of life by the invading white men. 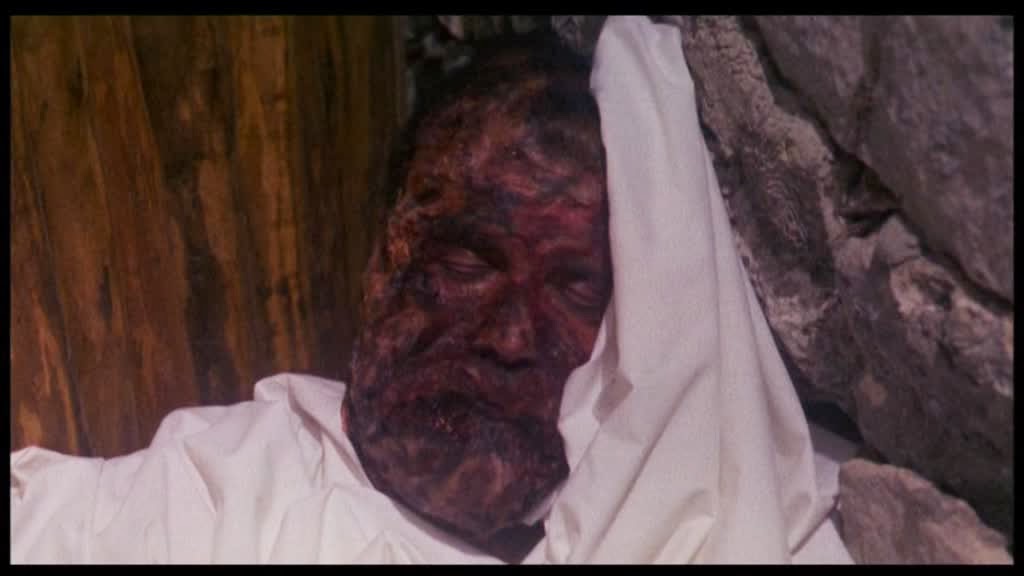 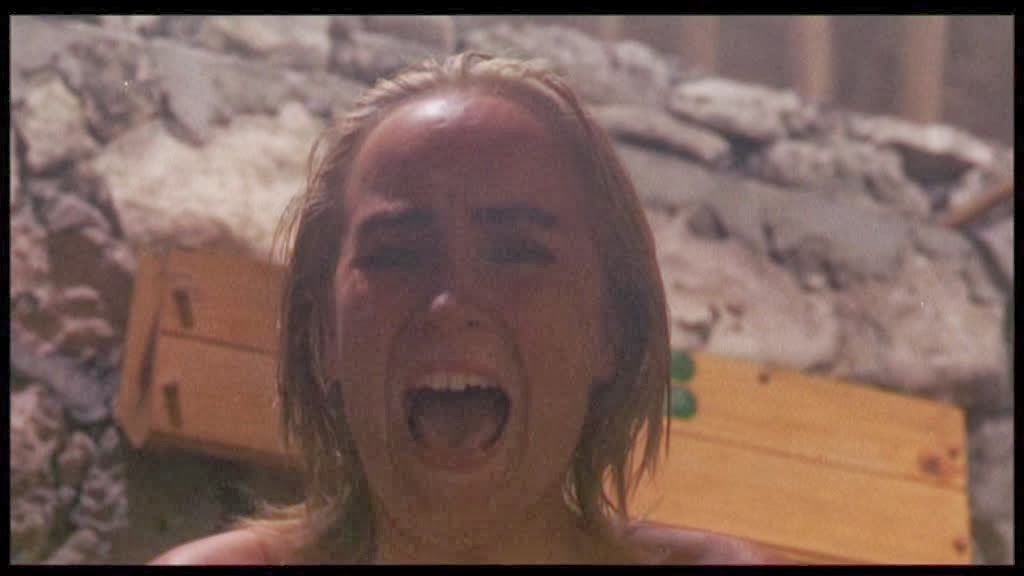 “What's so terrible about mixing comfort with love-making?” He may be married, but this is the time of unleashed sexual discovery, so they promptly return to his hotel room for a quick shower, only to have their steamy session interrupted by the discovery of the charred corpse of Dean – Papaya's chewed-upon victim in the opening scene – who is one of Vincent's co-workers. It's a great shock to Sara, but nothing a bit of romantic dancing won't fix in a jiffy; Vincent was rather peeved that little dash of murderous threat from the locals cock-blocked him. 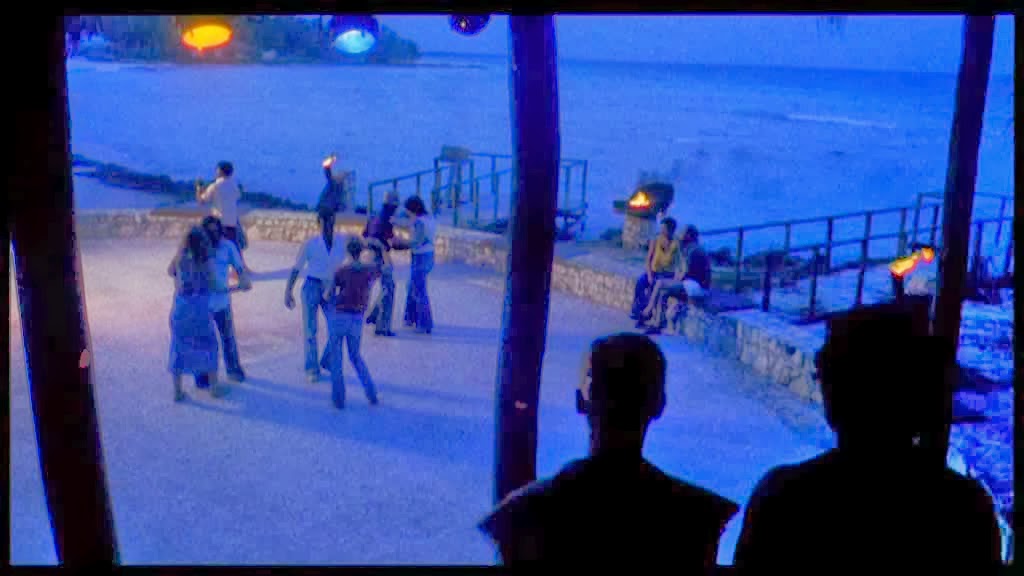 “You know, not everybody is in love with the idea of living with a nuclear reactor in his backyard.” Newly-freelance reporter Sara convinces Vincent to join her exploration of the island in search of answers, briefly giving Papaya (a 'maid' from the hotel) a lift on-the-way. While Sara is every bit the curious observer, quietly opposed to nuclear energy, Vincent is every inch the arrogant foreigner who boasts of bringing civilisation to the tribal poor, while dousing their Fiesta of the Round Stone ritual traditions in smug condescension. 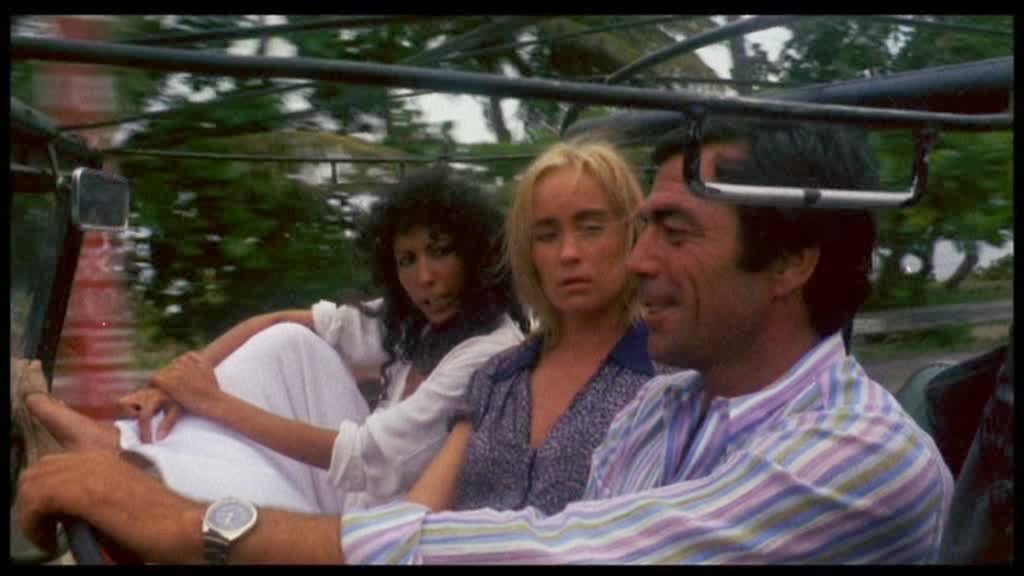 “I don't like this, they're blasted out of their skulls.” Inevitably, they find themselves being drawn into the ritual to witness it first-hand. Drugged, they experience the dizzying sights of butchered pigs having their blood drained and guts torn out (vegetarians need not apply), as well as the slaughter of a white man whose heart is carved out and devoured. Whipped into a clothes-shedding frenzy, Sara and Vincent are stripped and consumed by the sea of sweaty flesh and seventies bush. 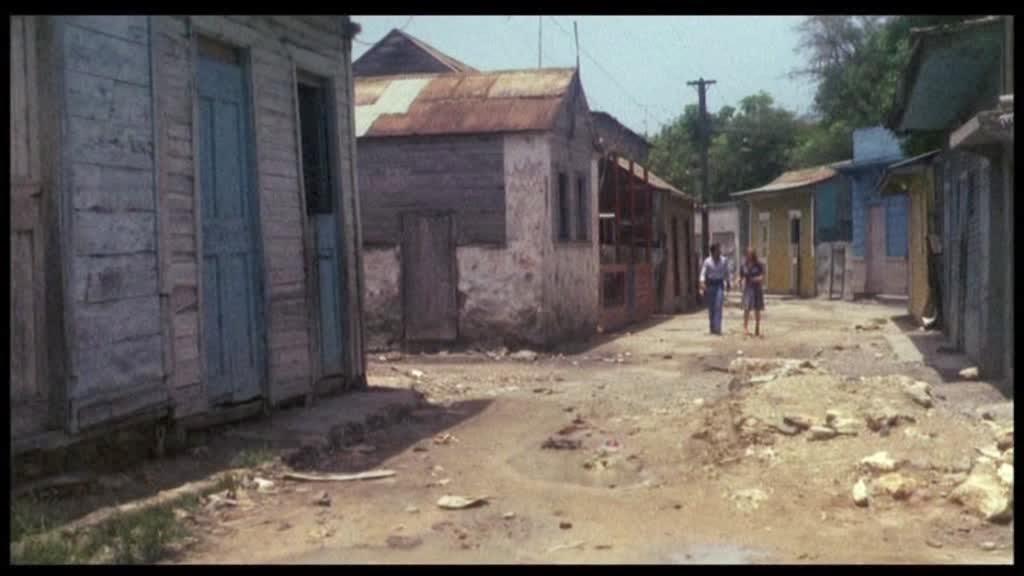 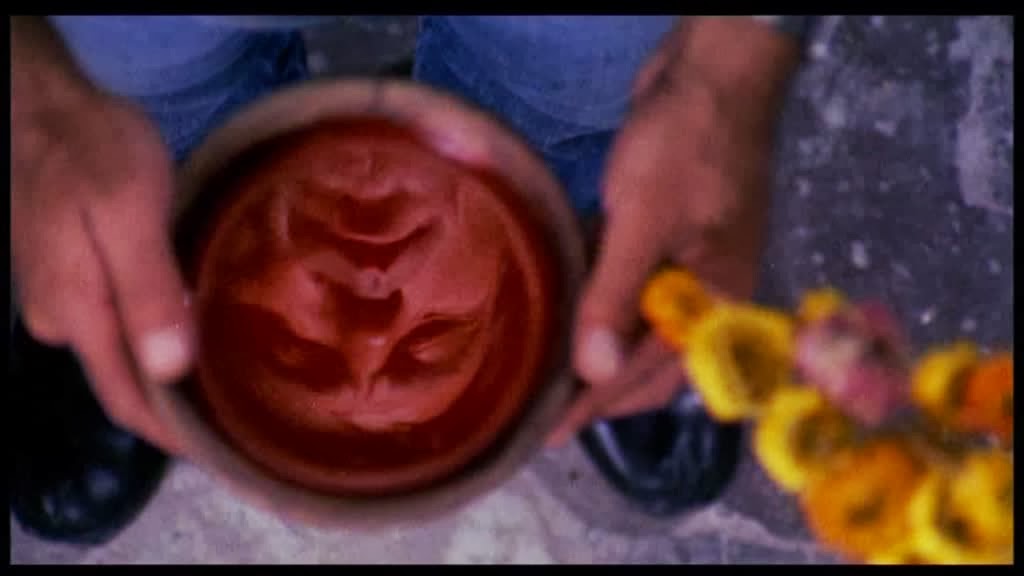 “I hate being dressed when others aren't.” Sara and Vincent have tumbled down the rabbit hole and have ended up in the grip of Papaya's sex-hungry games and seductions – a soapy three-way, a voyeuristic whipping session, soft-focus boob-on-boob sauciness, and (exotically new at the time) inter-racial bunk-ups. There's a front page story at-hand for Sara, but will the arrogantly naïve Vincent end up like the other 'poor, barely human' gasping male wrecks left in Papaya's lustful wake? 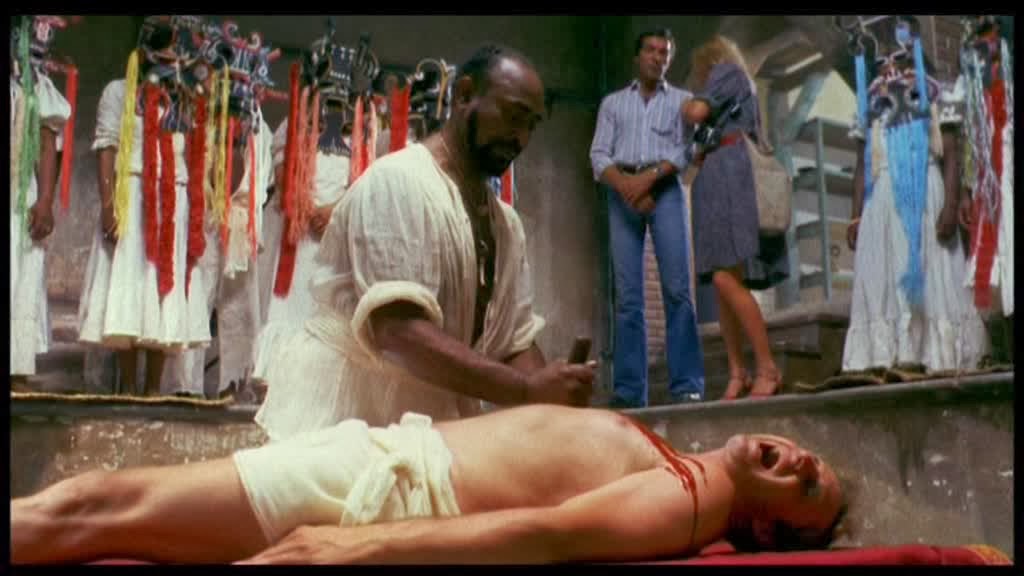 “I don't think you can see further than between the legs of that girl.” Filmed in the Dominican Republic, Love Goddess of the Cannibals provided exotic awe and sexual thrills in a simpler time. In the era of the Internet it's all decidedly tame, and yet conversely, with more left to the imagination, it feels somewhat steamier than the blunt-force rutting and soggy gonzo delirium of the world wide web. This was from a more reserved time, albeit one that was experiencing massive socio-political change (hence the nuclear plot point) – environmental concerns and corporate imperialism are the order of the day here – in-between the frequent bare-skinned naughtiness, of course. 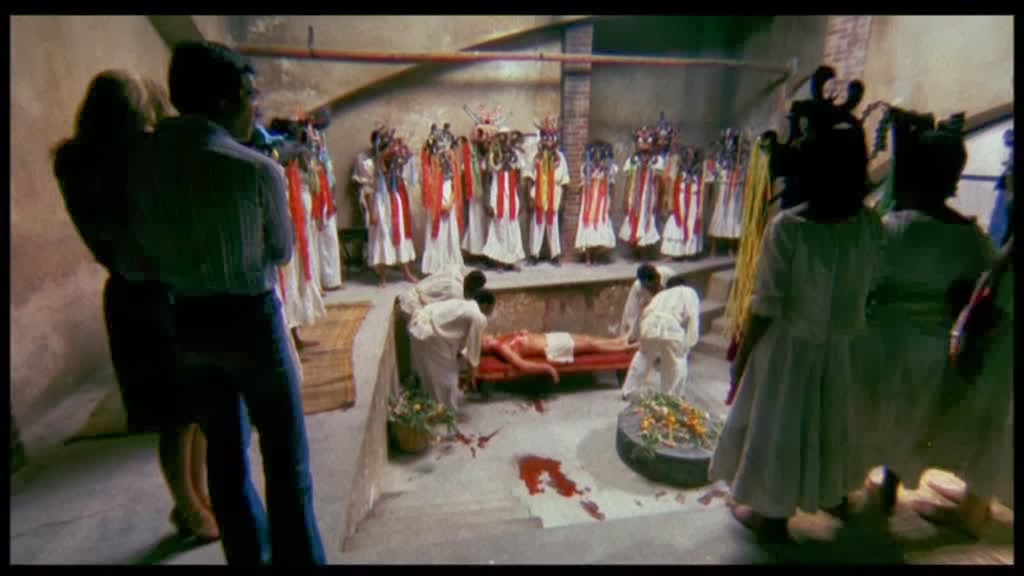 “Violence is justified only when it is used to oppose other violence.” Particularly when compared to other films with the world 'cannibal' in the title, this flick is pretty lacking in the meat-munching department. Eye-melting vomit-fests Cannibal Holocaust (Ruggero Deodato, 1980) and Cannibal Ferox (Umberto Lenzi, 1981) this most certainly isn't. However, it isn't without merit and style – Stelvio Cipriani, who scored The Blood-Stained Shadow (Antonio Bido, 1978) and What Have They Done To Your Daughters (Massimo Dallamano, 1974), provides a groove-inducing aural experience of softcore funk … a sort of tribal disco, if you will. Similarly, Vincenzo Tomassi – responsible for editing a vast swathe of iconic European horrors such as Zombi 2 (Lucio Fulci, 1979) – takes pleasure in a recurring motif of 'repeated rises' during many of the love scenes. 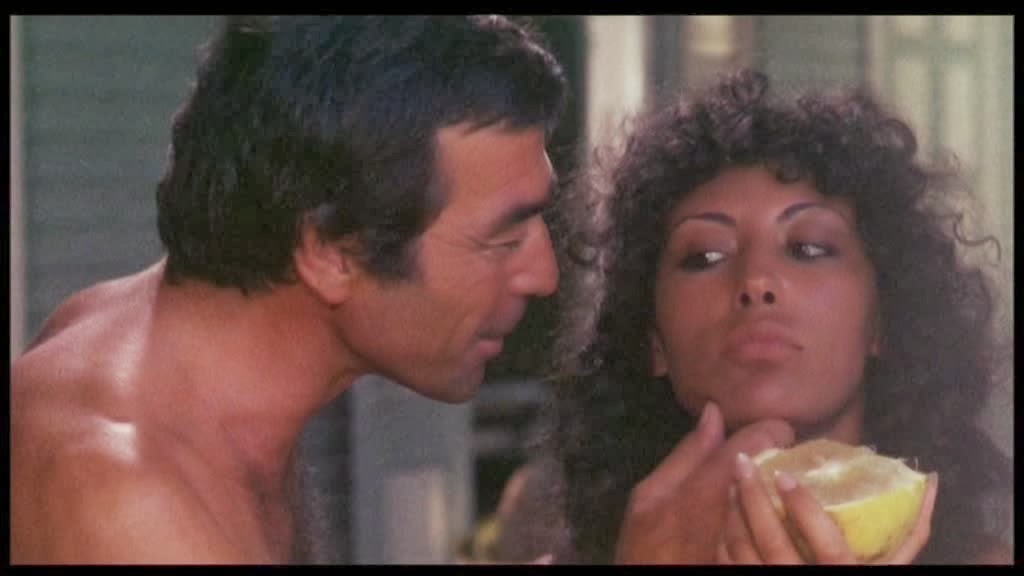 “Men, unlike women, mind their own business.” The script, by Renzo Maietto (story by Roberto Gandus), isn't what you'd call especially deep – the locals' plan of action against the invading Caucasian force mounts to little more than shagging them to distraction before snuffing them out – but a final reel sting-in-the-tail does allow the film to exit on a pleasingly sinister, even somewhat subversive, note. 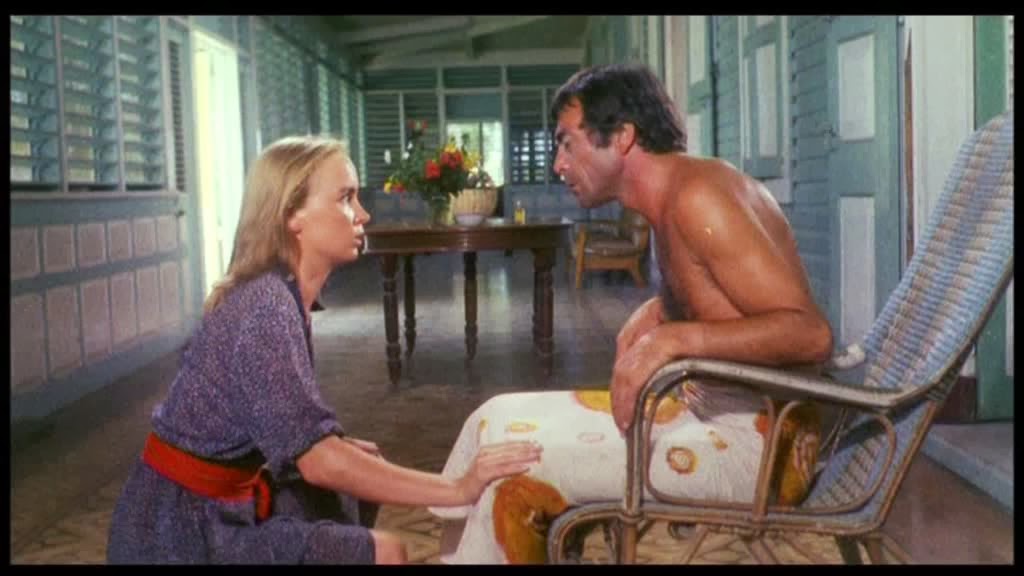 “I only know it's going to poison our land.” Joe D'Amato, who shot the film under his birth name Aristide Massacessi, is most interested in two things: the sun-drenched locations, from the blue ocean lapping at white sands to the rustic wooden residences, and the bodies of his lead actresses. Chimenti's lithe power is as much a distraction to D'Amato as the exquisite curves of Sirpa Lane (a Finnish silver screen sex siren who tragically died of HIV in 1999). That said, his documentary aesthetic works particularly well in certain scenes which find the actors in amongst unaware Dominicans, lending a sense of vicarious foreign discovery to proceedings. Likewise, a gradually-paced tour through a near-deserted town exhibits a creepy air of mystery – a rocking chair creaking of its own volition, an abandoned toy doll. 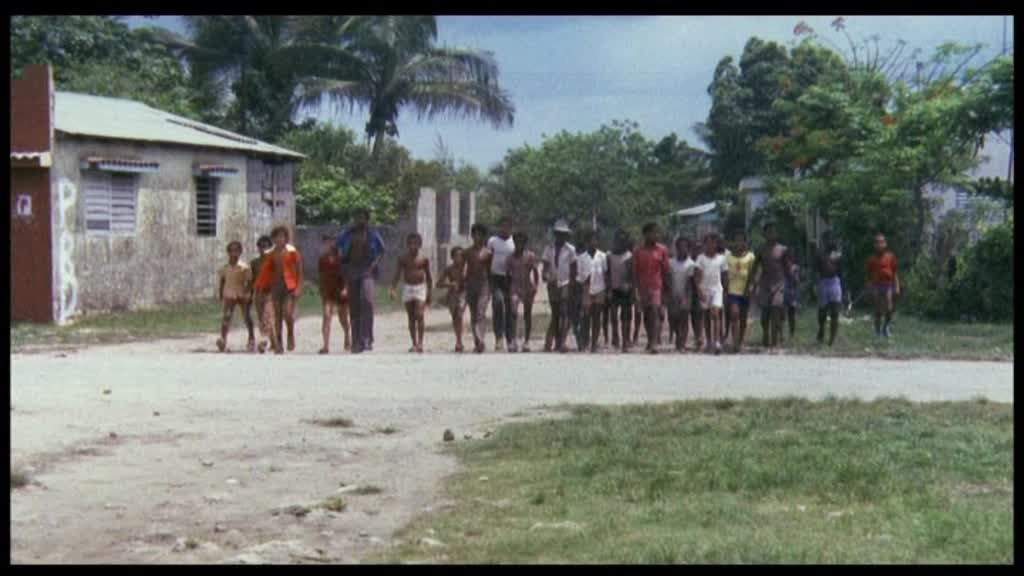 “They don't believe in the Round Stone.” Low on cannibalism, but high on love goddesses, D'Amato's film is rough around the edges and not overly concerned with rich story-telling, but it stands strong as a period piece of softcore seventies sexploitation. 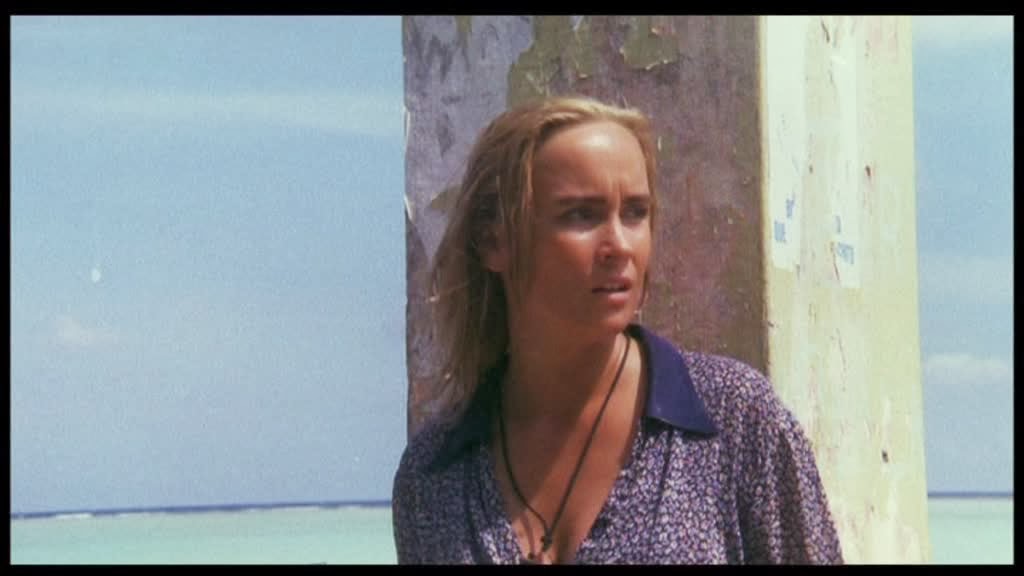 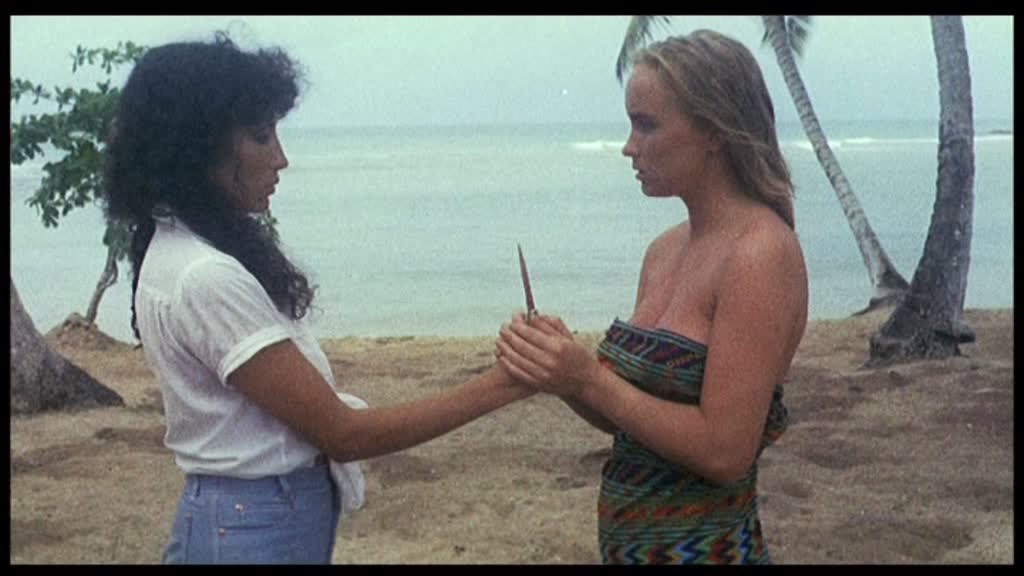 “She's the most gorgeous thing I've ever seen.” Shameless Screen Entertainment's 22nd release is a solid production. There is a fair amount of grain and print damage throughout, but this only adds to the trashy charm – particularly when the damage increases at either end of what would have been a reel change at a low-rent cinema. The audio is clear, and the disc features modest extras: two trailers for the film, plus two alternative title sequences (featuring only minor differences), and the 'Shameless Trailer Park' – twenty-four trailers for other releases from the fan favourite distributor (clocking in at 28 minutes). This film is reviewed as part of the 'Shameless Sexploitation Triple Sinema Bill' box set, which also features Satan's Baby Doll and The Beast In Space. The packaging is decidedly impressive, appealing to extinct format nostalgia (a reversible sleeve styled after a Betamax tape), as well as a gorgeously gaudy yellow box boasting typically lurid artwork by Rick Melton, which is revealed in its uncensored form when you slide out the DVD case.
Posted by Nick Thomson at 17:25