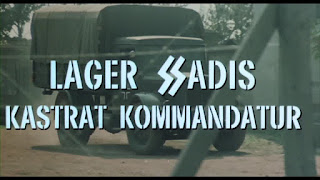 “All this happiness is frightening.” If Don Edmonds' Ilsa: She-Wolf of the SS is the poster girl for Naziploitation, then Sergio Garrone's SS Experiment Camp (aka Captive Women II: Orgies of the Damned) is the poster boy, literally, one could argue. At the beginning of the 1980s, the United Kingdom was wrapped up in a moral panic: the notorious 'Video Nasties' era, which was spurned on by the grisly, shocking, and altogether lurid cover art that adorned the shelves of countless video rental shops. Self-appointed 'Moral Campaigners' – from crusty old busy bodies who saw no point in actually viewing the material they so vehemently opposed, to the entire political establishment – marched about in a blue rinse fury, which the majority of newspapers were only too willing to embolden. Splashed across front pages and evening news reports was the graphic box art of various exploitation flicks – including that of Garrone's decidedly trashy slice of grindhouse grot, which was banned in the UK from 1976 until 2005. If you're easily offended, then why on earth are you reading about a movie like this? However, if you're not consumed by a perpetual tide of offence-taking, and recognise that a movie is just a movie, then strap in for something nasty... 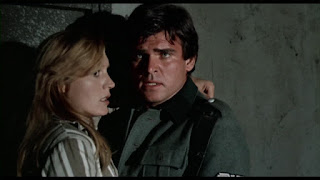 “Say it and you'll save your life.” Within the bowels of a Nazi experimentation camp, sinister Dr Renke (Patrizia Melega), and the twisted Colonel von Kleiben (Giorgio Cerioni, Deported Women of the SS Special Section), are performing electroshock treatment with the assistance of their sadistically perverse Sergeant (Serafino Profumo). Their aim? To bend the will and gain allegiance from their political enemies – but some minds are stronger than the body. With the cruel efficiency of some kind of bizarre factory, their victims are cycled through – with those who 'fail' their tests thrown into the crematorium where they, rather grotesquely, twitch and spasm within the flames. Within minutes the vile nature of the Nazis is writ large across the screen – their smocks are brilliant white, but the walls of their dungeon-like hell are an awful, grimy grey-green: how they see themselves versus the reality of their despicable actions. 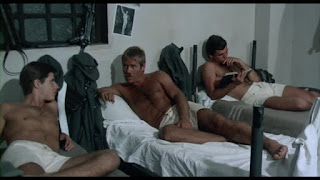 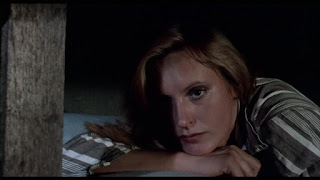 “With all those beautiful women arriving I hope it's a mission of a sexual nature!” A larger experiment is on the horizon though, and a new arrival of female prisoners – again of a political nature (the film somewhat dancing around to avoid total offensiveness?) – gets a handful of German soldiers flapping their gums in testosterone-fuelled anticipation. Not all of the soldiers are so mindlessly horned-up however, as Helmut (Mircha Carven) finds love at first sight in the form of Mirelle (Paola Corazzi). While some of her fellow prisoners are eager to please – with the promise of special treatment – Mirelle, just like Helmut, is naturally less than enthused and seems helplessly trapped within an out-of-control system. 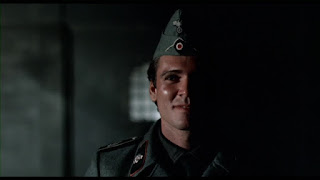 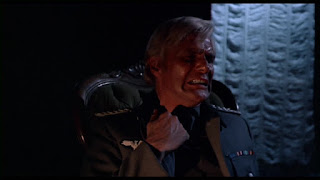 “I'm not particularly opposed to using a political enemy as long as he is useful.” Fortunately for Mirelle, she's paired-up with the kindly Helmut, as Kleiben and Renke seek to achieve 'the highest purity' on the orders of Hitler himself, with the assistance of the reluctant Dr Steiner (Attilo Dottesio, Death Smiles On A Murderer). But what is their methodology? What on earth do they seek to learn from bunking up on loopy juice or squirming about in a heated tank of water? Then again, this is mad science – low budget movie style – replete with random flasks of blue liquid littering the shots. Mad science? Oh yes – and it only gets crazier – with wince-inducing experiments relating to ear pressure and leg-crossing scenes of reproductive system transplants. Suffice it to say, Colonel Kleiben – with his one black leather glove – is more than a few goose steps shy of a march. 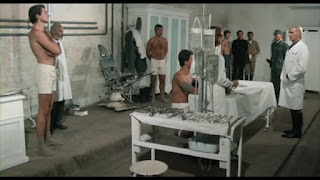 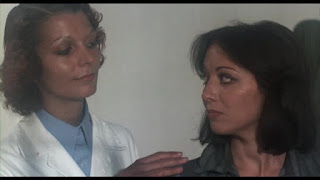 “All these people being sacrificed. Why? It seems so inhuman.” Dr Steiner can protest as much as he likes, but Kleiben has the truth of his real identity hanging over the Doctor's head – so proceed he must. As the experiments continue – and as Helmut and Mirelle's love grows stronger – the desperation and sadism of their predicament becomes evermore apparent. Can Helmut find a way to escape this madness and rescue Mirelle in the process? 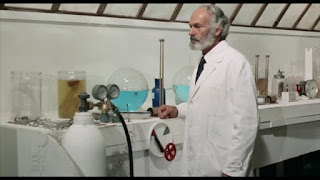 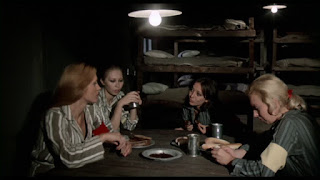 “You're in no position to be in love with someone, especially a kraut.” / “You're wrong – love is the communication!” Featuring pervasive nudity from minute one, SS Experiment Camp (sometimes known as SS Experiment Love Camp) plays out like many Naziploitation shockers of its time. Subtlety and sensitivity are two words that have never been in the lexicon of this sub-genre, and it's no different here. Much like Ilsa: She-Wolf of the SS (which was far more gruesome – exceedingly so – and is still unreleased in the UK), Garrone's film – which he co-wrote with Vinicio Marinucci; Sergio Chiusi on Story duties – is a generally queasy viewing experience. It's more the tone and the ideas rather than the visuals, though, despite the aforementioned leg-crossing transplant and a particularly warped scene in which a resistant prisoner is boiled and frozen to death. 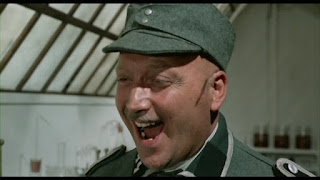 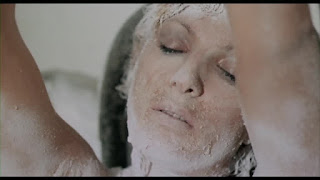 “And perhaps you should consider political opinions could change with time.” Plot wise the film is scrappy – the experiments are nonsensical and the wider themes seem somewhat confused – but a strong through-line does exist with Helmut and Mirelle's burgeoning love in this terrible setting. The lunacy of the Third Reich is clear, with the blind allegiance of the male soldiers and beaten-down acceptance of Steiner and the prisoners he's forced to operate on, acting as chilling reminders of what mankind is capable of perpetrating as well as enduring. Indeed, Garrone's choice to use little or no music to underscore certain scenes throws this intention under a stark light. Meanwhile, other scenes – such as a drunken orgy in the ever-so-random on-site brothel – possess a swirling mania as virtue is stolen, revenge is sought, and punishment proves harrowing for all. The inevitable third act meltdown – with guns blazing and faces screaming – does little to soothe the generally grim tone, with the ultimate conclusion being a rough treatise on the ultimate futility of violence. 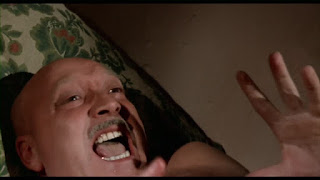 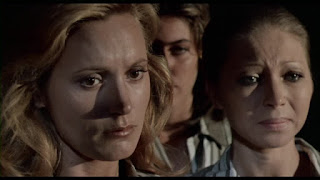 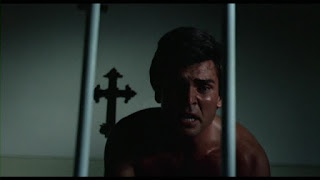 “If they keep on treating us like this they can have my vote.” 88 Films have released this former Video Nasty on both DVD and Blu-Ray, with this being a review of the former on their Cult Cinema Collection label. Presented in 1.85:1 widescreen with the original mono soundtrack – available in either English language or Italian with English Subtitles – this new scan of the film takes what was once a grotty little cellar dweller and scrubs it up nicely. Naturally, being a low budget exploitationer, the restoration can only go as far as the original elements – and production – can allow. As such there are some out-of-focus shots throughout (such is the norm for movies like this) and the audio track isn't especially clear at all times – but it's good enough and as good as you're going to get. Extras wise there's very little: three trailers for other movies on the label, and the opening and closing credits in Italian. 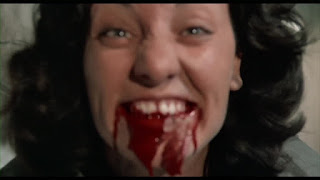 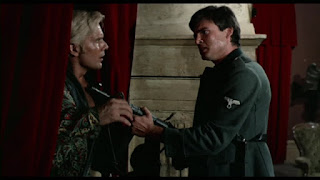 “Every time they've given me something extra, there's always been strings attached to it.” A special note on the Blu-Ray release: an early release, specifically through the 88 Films website, saw some copies affected by a glitch that stopped the movie about ten minutes early. The wide release was delayed to address the issue, and the problem was fixed before it hit mainstream shelves – so feel free to take your pick of either format. 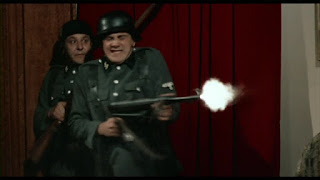 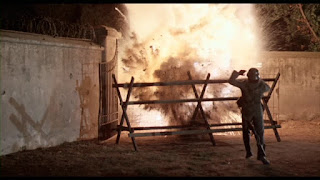 “You won't be sorry if you perform your duty well, you'll find that more privileges are granted.” At the time of it's belated release in the UK, the British Board of Film Classification – who passed the film uncut (as it stands to this day) – said that the film was “neither illegal or harmful, just tasteless”. Albeit pithy, it's a generally fair assessment of the film. Relatively tame by today's standards – and even by the standards of the 1970s to an extent – SS Experiment Camp's bark is worse than its bite. The ideas and overall feel of the film are more insidious than anything actually presented on-screen. Not recommended for the easily offended – of course – it is however a must-see for exploitation cinema buffs, if only to at least personally assess the film's actual power in comparison to its reputation. The setting and subject matter will likely leave you feeling a bit grubby – this is much darker fare than the silly and wholly rickety Eurociné flicks Hitler's Last Train or Fraulein Kitty – but likewise there are much grottier Naziploitation flicks out there.
Posted by Nick Thomson at 17:19