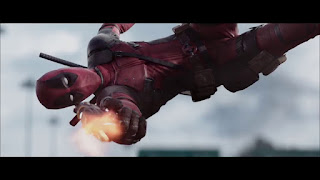 Deadpool - you might have heard about it - is almost upon us (February 10th in the UK, and the 12th in North America) and, much to the delight of fans, this time it will play true to its naughty roots and get a full-bore R-Rating in America.

This is important because it means Deadpool can be released, unmolested by the scissors of knicker-twisted censors, upon the viewing public and - even more importantly - it means that international audiences can not only get the full beans, but a good chance of an audience-friendly rating to boot.

Therefore it's interesting to note the uncut 15 rating that Deadpool has just received in the United Kingdom from the British Board of Film Classification - and this perfectly encapsulates why cinema fans the world over need the Motion Picture Association of America to get a grip and change their rating system... 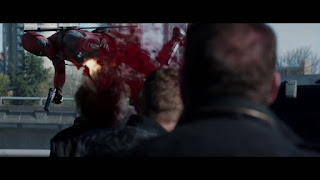 Much is made of 'quadrants' and the 'teen market' in the bizarre and costly world of movie making, and it is understandable that the studios want to earn their money back (especially after the added pain of obscenely expensive marketing costs and the lure of home viewing) - but the range of ratings the Motion Picture Association of America (MPAA) has at their disposal exemplifies a key problem of artistic integrity vs commerce.

The MPAA's Ratings are as follows:
G - General Audiences (all ages)
PG - Parental Guidance (some material unsuitable for young children)
PG-13 - Parents Strongly Cautioned (ages 13 and up unless accompanied by an adult)
R - Restricted (under 17s require an accompanying adult)
NC-17 - Adults Only (no kids, no accompanying adults, ages 17 and up only)

When it comes to big budget, mainstream American fare that's on the slightly tougher side - think along the lines of The Dark Knight - the target rating is always PG-13. However, while you can have a lot of gunfire and punching and whatnot, you'll be damned to the pits of eternal damnation if you bleed, take your kit off, or say any naughty words! The world as approved by Kyle's Mom, basically.

So, when it comes to a film like Deadpool - full of swearing, blood-letting, and saucy references (as hinted at during the film's gleefully entertaining trailers, and as detailed on the BBFC's page for the film) - naturally it's going to be Rated R. This of course means that, unless accompanied by an adult - which teenagers aren't going to be thrilled about - studios are losing a rather profitable swathe of the potential audience: the teen market, kids who want to go to the flicks with their friends - not their parents - and have some fun. Sure, you might get some kiddywinks trundling along with their permissive Mummy and Daddy, but they will be far from legion - and, quite honestly, young kids in the audience of a film too old for them can often be a grating experience for every other soul in that dark room. Point of fact, when I went to see Star Wars: The Force Awakens (12A in the UK) some bright spark brought along a poorly mannered, chatterbox of a five year old who seemed to be completely disinterested in anything remotely related to light sabres. 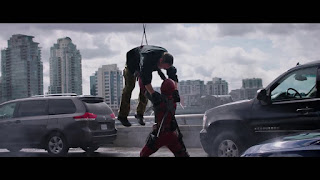 If you want to maintain the artistic integrity of your film - especially with a property such as Deadpool - you have two choices: a lower budget and an R-Rating, or sod all else. The alternative is a higher budget but with a mandatory PG-13 slapped on it - with all the censorious nonsense that entails.

You might have noticed the NC-17 rating - which is avoided like the plague in America. Why? Because numerous cinemas won't show NC-17 films, and countless media outlets won't advertise NC-17 films. Indeed, Rob Zombie recently had this issue with his new film "31" which, as violent as it was, required several trips (and cuts) to and from the MPAA in order to receive a more 'acceptable in the mainstream' R-Rating. It will likely not gain a large audience in cinemas, but it will have an actual audience.

It's a much broader and more balanced range of certificates, isn't it? While big budget blockbusters such as The Dark Knight or Avengers: Age of Ultron gain a PG-13 in America, in the UK they are rated 12A. It makes for a slightly larger audience, with the same adult accompaniment rule for young'uns, and is appropriate for the material.

Now, take another example - the beloved 'romzomcom' Shaun of the Dead - Rated R in America, but - crucially - a 15 certificate in its native UK (theatrically and on home media). Remember all that gore and swearing? Safe and sound in a mid-teen years rating, allowing for a perfect balance of creative principle and audience reach. Who wants a zombie film without blood and guts? Remember how watered-down and generally neutered the vastly expensive, PG-13 rated World War Z looked? The whole world went to hell from flesh eating ghouls - and yet nobody got blood on the carpet, dared utter an F-word, or have one last tussle between the sheets! 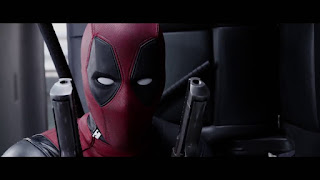 This is exactly why the MPAA needs to change its rating system to match that of the BBFC. There is a balance to be struck, and the PG-13/R rating split - with that cavernous abyss in-between - simply cannot provide it. Many of these hugely popular franchise films are made in America, so that's where the strictures of the rating system directly affect the produced film. If cuts are made by the MPAA it's highly unlikely that the uncut version is submitted to certification boards internationally (although you might be lucky, months after theatrical release, to get the untampered incarnation on DVD and Blu-Ray) - so the MPAA's poorly balanced range of ratings is affecting a global audience. Furthermore, their system negatively impacts on their own American cinema goers - both in terms of when they can see something (unchaperoned by an adult), and what they can see.

Can't we strike that balance between being true to the vision, reaching a wide audience, and making a healthy profit? Isn't it about time the MPAA changed their rating system?

UPDATE: Interestingly the film has been banned in China, and there's talk of a Director's Cut for home media - will that will have enough salty language and whatever else to garner a UK 18?
Posted by Nick Thomson at 19:06