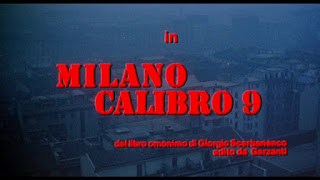 “Society makes its criminals suffer and after that it ignores them.” Fernando Di Leo's crime flick gets off to an explosive start as, to the energetic sounds of prog rock, a package containing a large quantity of cash is transferred from one person to another amidst the autumnal streets and neon-lit subways of Milan, only for the real package to get switched with a fake somewhere along the line. The carriers are braced one-by-one in increasingly violent fashion – heads smashed into vases, faces slashed with straight razors – but to no avail; the money has vanished. So now, according to the rules of this vicious gang, they must be taken care of – by blowing them all up with dynamite! Now that's how you start a movie... 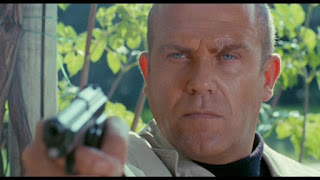 “Boy, just imagine all those dollars soaring in the air, that'd be a real sexy cloud.” Ugo Piazza (Gastone Moschin) is released from prison after serving a three year stint for a bungled robbery, but no sooner has he regained his freedom he gets shoved into a car, driven to a quiet spot, and beaten giddy by Rocco (Mario Adorf, What Have They Done To Your Daughters?) and his goons. Just before Piazza's bungled robbery, for which he was arrested, $300,000 of crime boss The American's money went missing and Rocco is sure it was Piazza who is responsible – but Piazza insists it wasn't him. 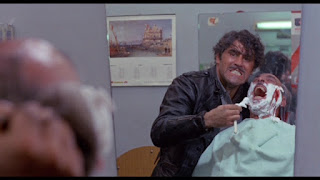 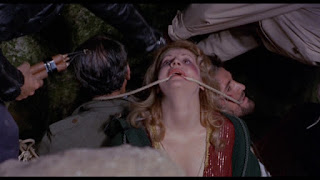 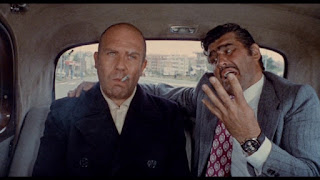 Besides, there seem to be a lot of sticky fingers in The American's operation. So insistent that he isn't responsible for the pilfered cash, Piazza turns down an offer made by the police Commissioner (Frank Wolff, Death Walks On High Heels) to take another $300,000 and use it to 'pay back' Lionel Stander's “The American” in order to re-infiltrate the criminal gang. Not even another violent visit from Rocco will convince Piazza to cop to the theft – it seems his sense of pride and self-worth survived his time behind bars while all those around him have resorted to cheap ruthlessness, ready to sell each other out as soon as it becomes convenient. 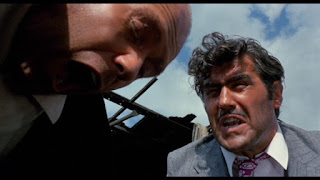 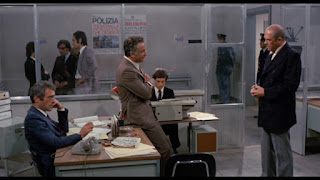 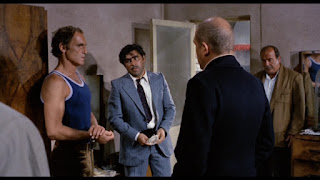 “I know all about you, Piazza. Playing gigolo to a belly dancer. Go on, get the hell outta here and go play with her dangling dingle berries!” Naturally, being an early 70s Italian exploitation flick, the police aren't worth a damn. It seems that an awful lot of cash belonging to wealthy industrialists is somehow escaping the country and the practise is having an adverse effect on the already shaky economy, but what are the staunchly right wing Commissioner and the wearily left wing Mercuri (Luigi Pistilli, The Case of the Scorpion's Tail) to do about it? Not an awful lot, it seems, as their attempts to get Piazza on-side continually fail and they spend much of their work hours bickering over political differences. Mercuri, transferred from the impoverished and looked-down-upon South despises anyone with money, while the Commissioner's impotent rage befalls anyone remotely 'subversive' in their thinking. Can Piazza prove his innocence, get out from under the thumb of his underworld boss, and run off with Go-Go Dancer-made-good Nelly (Barbara Bouchet, The Red Queen Kills Seven Times)? It's a tall order, but perhaps Ugo Piazza has the stones to do it. 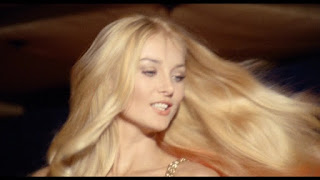 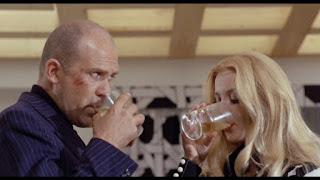 “Except for the thought of you I was very much alone.” Like all the best European crime movies of the 1970s, Milano Calibro 9 is a brooding beast scarred with sudden flashes of violence. While not as sadistic and in-your-face as, say, Ruggero Deodato's ball bustin' Live Like A Cop Die Like A Man, Di Leo's film is hard edged throughout with its pervasive sense of merciless inevitability. How long can you last in the criminal underworld, and will you be savvy enough to ever escape without being sold out by someone more ruthless than you? Populated by rough and tumble thugs with stern faces and fists that have a propensity to jack hammer straight into the nearest stomach, the central character of Ugo Piazza is quite a complex being. Moschin was best known at the time as a comic actor, but you would never guess from his stone-faced portrayal of a low level goon seeking an exit route. 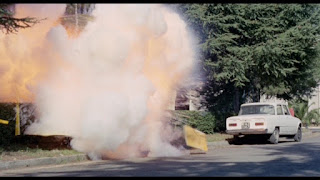 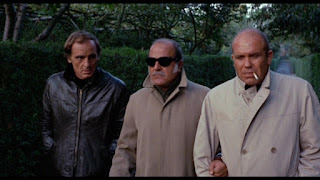 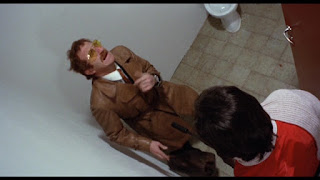 Indeed, his performance is shaded with subtle details that speak volumes – for instance, when he goes back to Nelly's swanky new apartment (cutting edge 70s décor, ahoy) she fixes them a drink. Naturally, it's J&B whiskey, but while Nelly belts it back neat, Piazza sips it with a generous mixer. Such a sensitive portrayal proves to be the perfect counterbalance to Adorf's pencil-tached rage-aholic, but even Rocco makes for a fascinating study in male hierarchical structures as, in one surprising scene, his gut-punching bravado fizzles away to supplication under the controlled gaze of Chino (Philippe Leroy, The Night Porter). For all of Rocco's blazing steps at the forefront of a small rabble of thick-browed goons, he is wholly devoted to anyone strong enough to be a leader with the confidence of a lone wolf. 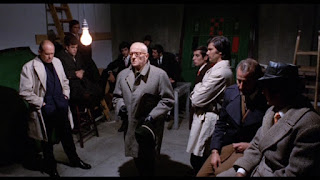 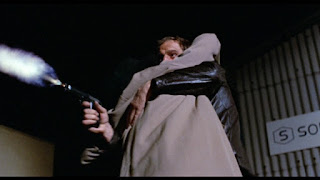 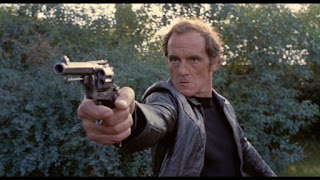 “Domain of the unholy … I know – Hell – and I ain't even been to school.” Fernando Di Leo's film, inspired by the crime writing of Giorgio Scerbanenco, elicits steely performances from the principal cast while exploring noirish themes in a world where trust is hard to come by and compromise is impossible. The final image of a half-smoked cigarette smouldering away on the edge of a table, its ash drooping over the cliff edge, speaks volumes to the misanthropic realism that pervades Milano Calibro 9. A highlight of the poliziotteschi genre. 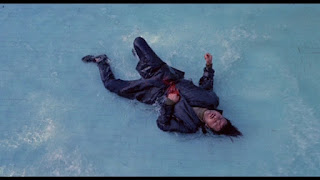 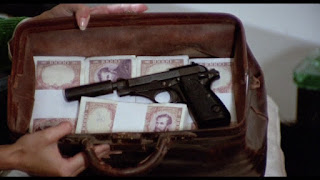 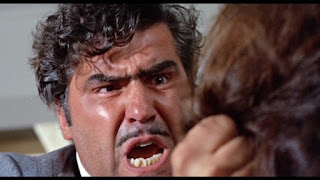 “That man deserves our honour! That man deserves our honour! That man deserves our honour!” Arrow Video's 2015 HD restoration is of the typically good standard that we've come to expect of the label. While not as stellar as, say, Blood and Black Lace or The Thing, Milano Calibro 9 maintains its gritty edge without wallowing in decades of decay. Audio (in your choice of English or Italian, with optional subtitles) is similarly clean throughout. Extras wise it's a mixed bag. It's good to see special features from older releases getting ported over for the benefit of new viewers (in this case most of them come from a DVD release circa 2004), but it's disappointing that there is only one new 18 minute extra produced by Arrow Video. Fortunately, 'Italia Violenta' is worth watching, as Matthew Holness (best known for his Channel 4 series Garth Marenghi's Dark Place) provides an informed and relaxed appreciation of the film and the wider poliziotteschi movement. Ported extras include: a 30 minute making-of and 39 minute Di Leo retrospective with various interviews with his colleagues and actors, a 26 minute doc on author Giorgio Scerbanenco, a 4 minute audio interview with Gastone Moschin, and two trailers to go along with the booklet.

N.B. Screenshots are captured from DVD and not the Blu-Ray (as I don't have a BD-ROM drive).
Posted by Nick Thomson at 16:18