Dan O'Bannon's 1980s horror comedy The Return of the Living Dead is a hell of a fun ride. So resilient is it, and important to the pop culture of zombies, that the standard go-to rendition of a zombie (e.g. as represented in The Simpson's) is that of lurching, half-rotted, risen-freshly-from-the-grave monsters who scream out for "braaaiiins". Featuring a punk rock soundtrack and a fresh, young cast (adorned in various counter-culture outfits), Return of the Living Dead mixed grisly practical gore effects with sly humour - but, crucially, the jokes never came at the expense of the ensuing chaos. 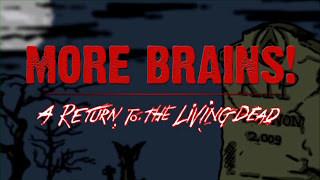 While the sequels haven't exactly proved to be legendary, the original has really stuck around as a fan favourite. Part 2 over-egged the comedy at the expense of the horror with a weak script (although it did do well in that it brought back Thom Matthews and James Karen, and had some pretty nifty special effects at times). Part 3 - under the direction of splatter-meister Brian Yuzna - re-upped the horror quotient and made for a fun time. Then, unfortunately, came the exceptionally ill-judged fourth and fifth instalments (Necropolis, and Rave To The Grave) ... the less said about those, the better. 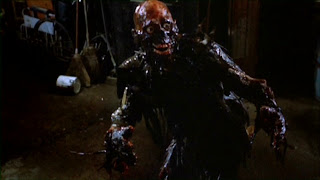 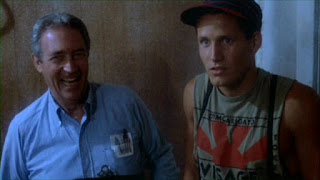 Now more than a quarter-of-a-century old, the original Return of the Living Dead has warranted a full-on documentary from Michael Perez Entertainment - who have previously presented us with a doc on the A Nightmare On Elm Street series titled Never Sleep Again: The Elm Street Legacy (although, personally, I'm yet to see that one). Make no mistake, if you're a fan of this movie, then More Brains: A Return to the Living Dead, is an absolute must-own. 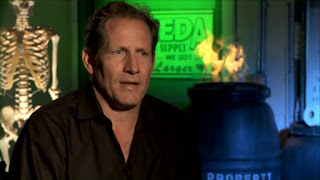 Bringing in all the surviving key players from the cast and crew, the doc meticulously pours over every facet of the production from concept to production, and ultimately exhibition. The interviews are frank, honest, and at times hilarious - more of which can be garnered from a series of deleted scenes (one of which is an eyebrow-raising tale of visiting real-life crematoriums), and a credit-roll gag reel - suffice to say, everything you would want to know about the movie is here. 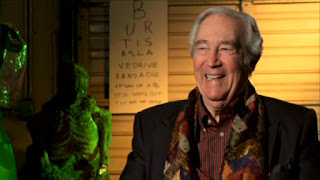 What's more, this is no cheap production, corners haven't been cut or anything rushed. The presentation, from Carl Ramsey's cover art to the interviews themselves (featuring lovely background set design), is done with care and a great deal of attention, making this as equally visually impressive as it is illuminating. However, it's not all talking heads - behind-the-scenes video (captured in the days long before DVD, when such footage was rarely shot or preserved) crops up throughout, as well as hundreds of photographs revealing all from between-takes moments, to concept art, and the development of the special effects. 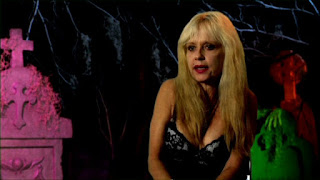 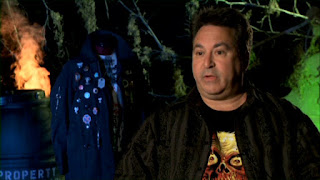 As if the main documentary, which runs for two whole hours, wasn't enough, we fans are treated to a further two hours of extra features. 50 minutes alone is dedicated to parts two and three, pulling in various members of the cast and crew from the respective productions, before we even get to the rest. Deleted scenes, a location tour, music video, trailers, 'ROTLD in 3 Minutes', and most poignantly of all - an in-depth on-camera interview with Writer/Director Dan O'Bannon, who sadly passed away in 2009. 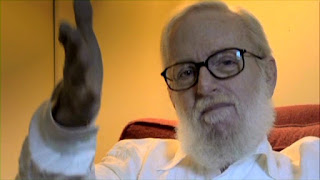 If you haven't been convinced already then check out the trailer - otherwise, what the hell's wrong with you? If you're into this 80s horror black comedy fan favourite then you'll simply have to buy a copy - without a shadow of a doubt, it's well worth your time and money.