The Case of the Bloody Iris (Giuliano Carnimeo, 1971) DVD Review...


With The Case of the Bloody Iris, fans of gialli will experience one of the era's best examples, particularly as it shares much of the same talent as another prime representative of the lurid murder mystery movement – The Strange Vice of Mrs Wardh (Sergio Martino, 1971). Both films star Edwige (Strip Nude For Your Killer, Phantom of Death) Fenech and George (My Dear Killer, All The Colours of the Dark) Hilton, while boasting superb scripts from Ernesto (Torso, Almost Human) Gastaldi, and crystalline editing by Eugenio (Oasis of Fear, The Good The Bad and The Ugly) Alabiso. Suffice to say, if you were a fan of landmark giallo The Strange Vice of Mrs Wardh, you will be treated to a similarly luxuriant banquet of sumptuous visuals, sinister chills, and otherworldly beauty... 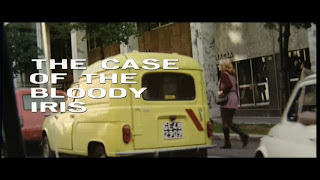 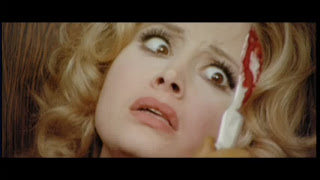 Click "READ MORE" below for the review and many more screenshots... 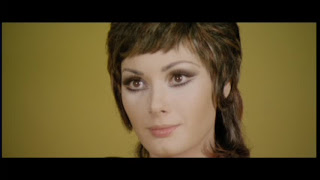 “Sin can be as black as you, and your colour has corrupted me.” Also known as “Erotic Blue”, and “What Are Those Strange Drops of Blood Doing on Jennifer's Body?”, Giuliano Carnimeo's (aka Anthony Ascott) film is an ever-twisting murder mystery over-flowing with an exuberant cast of potential suspects, effective red herrings, and enigmas that persist all the way up to the final seconds. Opening with a taught scene where we stalk a blonde prostitute through the streets, into a lavish apartment complex, and then a lift filled with residents – strangers one and all – Gastaldi takes his gloves off as soon as the unseen killer in black dons theirs. Upon the discovery of the unknown woman's body, the casual lack of interest, or even horror, paints the picture of an oblivious middle class, who complain en-mass that the lift hasn't arrived to whisk them away to their richly decorated homes. 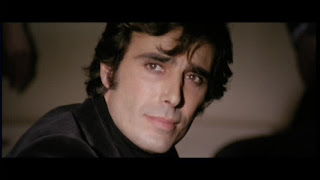 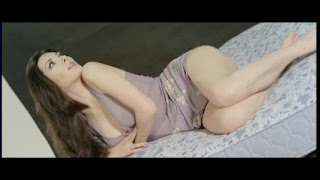 “You're an object, and you belong to me.” Then, in the wake of the death of a resident, models Jennifer (Fenech, stunning as always) and Marilyn (Paola Quattrini, all jokes and carefree shrugs) move into the building thanks to its handsome architect Andrea (Hilton), a man of means possessed by a crippling phobia of blood. Unfortunately for Jennifer, she finds herself the obsession of the black-clad stalker – but who could it be? Her ex-husband Adam, a member of an orgiastic cult? David, the scarred shut-in with a penchant for horror magazines? Mr Isaacs, the violin-playing Professor? Or could it be his predatory daughter Sheila, or perhaps one of the other warped residents? 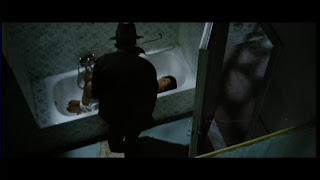 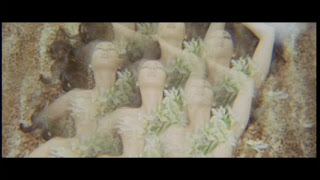 “I need to belong to someone, and no-one else.” Amongst the beguiling sets – all like a lurid hangover of the 1960s – The Case of the Bloody Iris sprints fast and free as it dispenses satirical side-swipes as readily as it does with dizzying camera work (courtesy of Stelvio Massi), bared flesh or torn blouses. The generational rift – where elderly women pour scorn upon the young, painted 'whores' of modern times – is clashed with combative sexual politics – where every commodity is sold with sex, and yet the Amazonian Mizar (Carla Brait) can trounce any lascivious man who dares to try and last three minutes in her ring. 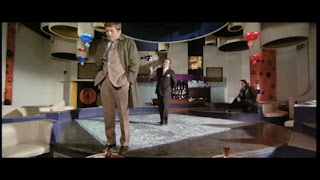 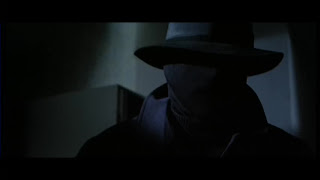 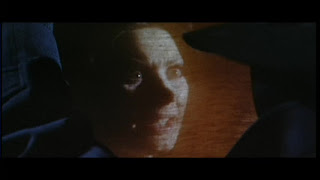 “A perfectly good reputation.” As was common for the time, the police investigating the growing stack of dead bodies are afforded little in the way of respect – their interests piqued by price tags, consumerist envy, and in the case of Giampiero Albertini's Commissioner, stamp collecting. However, Gastaldi's scalding critique of Italian law enforcement in the 1970s (where three crimes occur each minute) is pleasingly mixed with perfectly arranged moments of humour – a filing cabinet doubles as a bar, while the Commissioner's partner is distracted from a very public murder as he lays slices of meat into his sandwich. 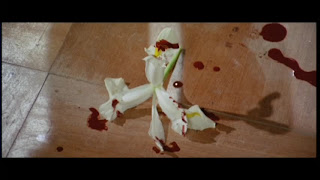 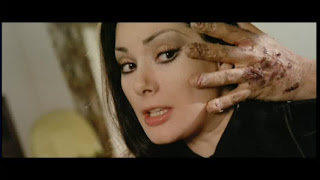 “I must say, you'd tempt any human being.” Blue Underground's DVD (released in 2008) boasts a gorgeous print in the original 2.35:1 aspect ratio (with only brief print damage in a couple of scenes) and a nice, clear soundtrack that gives equal measure between dialogue and Bruno Nicolai's alluring score. Extras wise you get a trailer, alternate stabbing scene (a briefer, and inferior, version of the public killing), and a filmography for the Director. 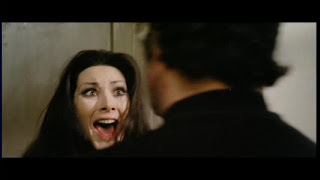 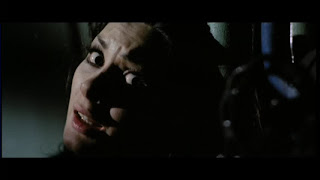 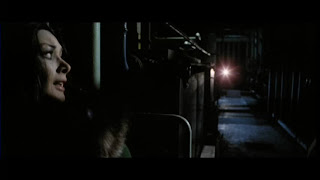