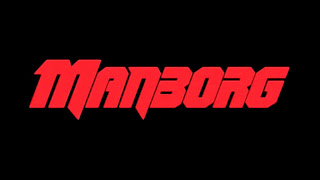 “Remember, it's not about the killing, it's about family.” Astron-6, the crazy VHS-loving movie making machines behind the Troma-tastic Father's Day and the much anticipated neo-giallo The Editor, have been cranking out bizarre shorts and features that appeal to the very best of 80s nostalgia for years. 'Lazer Ghosts' and 'Bio-Cops' are one thing, but then there's Manborg – a low-fi large scale action sci-fi chaos-mobile featuring Nazi demons, laser battles, and a home-made future dystopia... 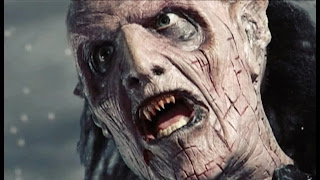 “I had to, for science! I didn't know I was opening the gates to hell!” Renegade science has a habit of going arse-over-tit, and this time it's done a spectacular somersault in the process – unleashing the Hell Wars upon mankind – where Nazi demons and their killborg goons stalk the Earth under the leadership of Count Draculon (Adam Brooks). With humankind on their knees, a young soldier falls in battle only to be resurrected (in a Home Depot meets RoboCop process) as Manborg (Matthew Kennedy). 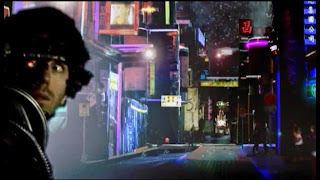 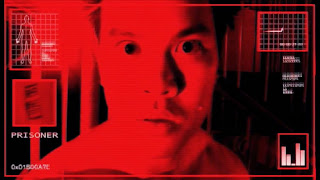 “I want that Man … borg!” Years have passed and the Earth that once was has transformed into a Blade Runner-like dystopia of towering neon skyscrapers and video billboard propaganda. A hellish uprising by way of a video rental store's stock of musty, smoke-smelling videotapes. Bewildered, Manborg stumbles into a fight alongside escaped prisoner #1 Man (Ludwig Lee) – picture Liu Kang from Mortal Kombat (with an intentionally OTT dubbed voice) – only for them both to end up back in the slammer behind laser bars. 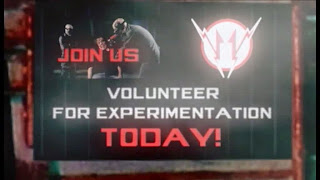 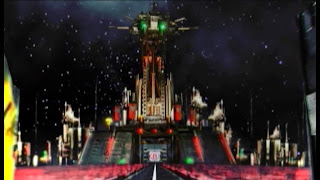 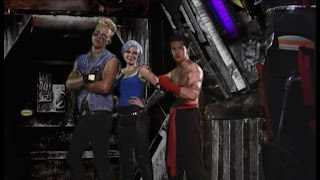 “Perhaps when your friends here are all destroyed we can find a little time to chat.” Alongside denim punk Justice (Conor Sweeney) and his sister Mina (Meredith Sweeney), they're tossed into the Terroropticon – a death pit where humans are forced to do bloody battle with the hounds of Hades (including the impressive stop-motion creation of Champion). However, these fleshy beings aren't easy prey – much to the frustration of Draculon, promised by The Baron (Jeremy Gillespie, as an awkwardly flirty eyeless demon middle manager). Indeed, Manborg & Co have their minds set on bringing the whole thing crashing down once and for all – but can they defeat Count Draculon and his army of hell beasts? 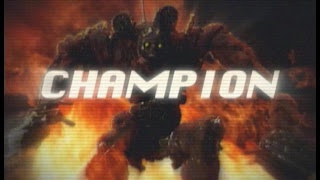 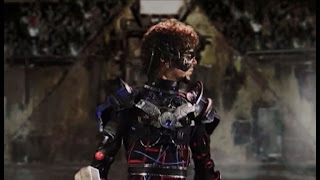 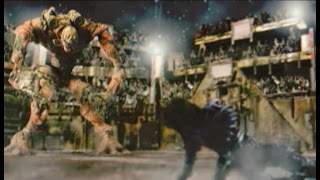 “There's no time, take this future-cassette.” Boasting an impressive scale, both in-spite of and in-collusion with it's miniscule budget, Manborg is a brief (it's 61 minutes before the credits roll) but brash explosion of delirious invention. Miniatures, home-made CGI, stop-motion animation, and extensive use of green screen produces a gleefully weird mix of 'shabby' spectacles. Backed up by a slew of subtle gags, the overtly tongue-in-cheek tone utilises the lack of resources for added fun – but even still, the sheer scale of what's presented speaks volumes about the filmmaker's sincere intentions to craft an extravaganza. Their efforts deserve a resounding chorus of applause. 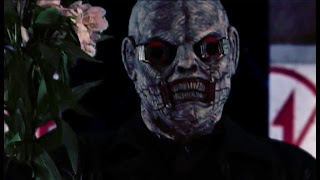 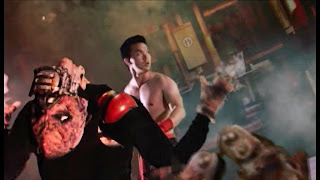 “Oi mate, take that garbage off your head.” After the credits roll be sure to stick around for Bio-Cop – a truly awesome supporting short that plays out like a fusing of Maniac Cop and The Incredible Melting Man – which is just begging to be turned into a full-on feature film. Oh, please do make it so, guys! Hell, just when you thought the fun was over, there is even a spoof copyright warning, such is Astron-6's attention to detail. 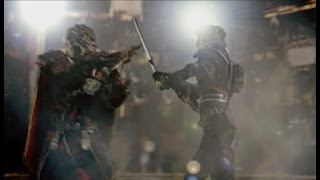 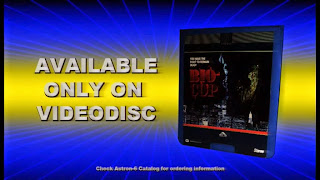 “Yeah bro! I mean … Sir, Yes Sir!” Rockstone Films' Region 2 DVD (from 2012) features a host of additional content, including numerous interviews, various featurettes, another short film, and a commentary (among other treats). Fans of the Astron-6 folks, or followers of outrageously crazed low budget filmmaking, would do well to check out Manborg. It might not be quite as pin-sharp as Father's Day, but there's no denying the wealth of pure fun and imagination on offer here.
Posted by Nick Thomson at 17:24