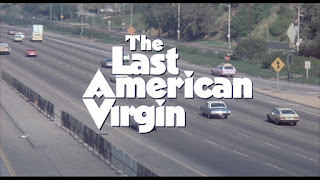 What's it about?
Raunchy comedy/drama about a group of L.A. teens trying to pop their cherry, but embarrassing misfortunes and harsh realities get in their way.

Who would I recognise in it?
Lawrence Monoson, Diane Franklin, Steve Antin, Kimmy Robertson. 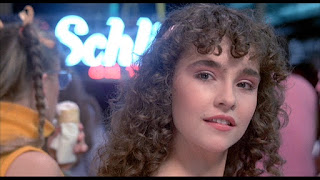 Great/Good/Alright/Shite?
The summer of 1982 saw a glut of saucy teen comedies – chief among them being Bob Clark's Porky's and Amy Heckerling's Fast Times At Ridgemont High – but another, The Last American Virgin, stood out by daring to go different. Produced by the infamous Canon Film Group as their first entry into American filmmaking (check out the documentary Electric Boogaloo), TLAV was a remake of Davidson's hugely successful Israeli film Lemon Popsicle (like a proto American Pie franchise of the 70s and 80s), but it found itself somewhat swept aside in movie theatres by its populist competition. But while Porky's and Fast Times At Ridgemont High had memorable encounters (the shower scene, Phoebe Cates in the red bikini) mixed with sprinklings of seriousness (anti-Semitism, abortion), TLAV's similar mix of light and dark found a larger audience on home video and cable TV in the years that followed... 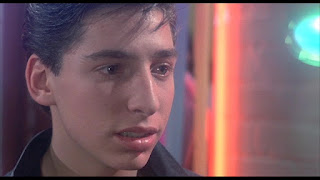 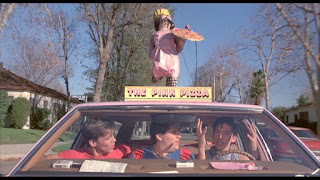 Gary (Lawrence Monoson, Friday the 13th Part IV) is the titular virgin, a sensitive soul who wears his heart on his sleeve, and he promptly falls head over heels for new-girl-in-town Karen (Diane Franklin, Bill & Ted's Excellent Adventure). However, incapable of expressing his feelings, he finds himself outmatched by his lady killer best friend and wallowing amidst inept attempts to lose his virginity. So far so samey, you might think, and although the film does contain its fair share of near-the-knuckle humour and cringe-inducing moments of teen clumsiness (Gary's inability to unclasp a bra), the film segues from horny fantasy (the encounter with Carmela) to startling reality – and it is in this half of the movie that The Last American Virgin earns its enduring status in teen film history. 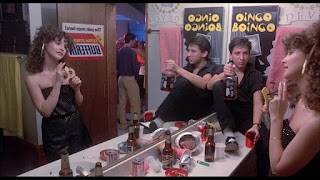 Playing with the plasticity of the dream of who you want others to be, versus the reality of their thoughtlessly callous actions (unintentional or deliberate), TLAV brandishes a non-commercial frankness at times which can leave the viewer feeling blind sided, even shocked. This cast of characters are not all here simply to be liked, and even the nice ones act likes jerks from time-to-time. However, those moments of surprise ring the most true of all – so true that they are based on Boaz Davidson's own life in 1960s Tel Aviv. The scene with the prostitute, for instance, is inspired by a real event in the director's formative years, and absolutely sweeps away any Risky Business style notions of a steamy encounter. Instead, the scene plays out devoid of all human connection, from the brusque manner of the street walker to the squalid setting to one of the stupefied characters literally vomiting out of disgust having performed the grimy deed. 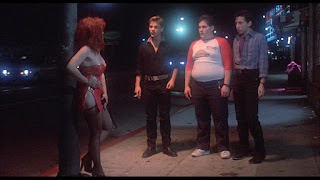 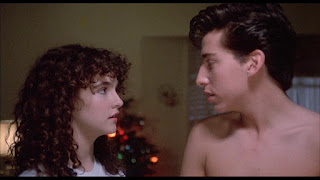 Made on a tight budget – a good chunk of which went to music licensing fees (U2, The Police, Oingo Boingo, Blondie, DEVO, REO Speedwagon, The Human League et al) – TLAV nonetheless looks fantastic in a high definition restoration, with various neon-tinged scenes maintaining their 1980s glamour. The Last American Virgin occasionally stumbles from a few jarring tonal shifts, and a couple of supporting players are left abandoned come the third act, but the film manages to adhere to enough of the tropes of the popular teen comedy format while tossing in enough rogue elements to throw certain expectations off-balance, and as such the film is sure to linger in the memory after the credits have rolled. Good.