“You only get peace when you can impose it.” Lamberto Bava, son of the iconic Italian filmmaker Mario Bava, never quite achieved the creative heights of his father's catalogue of cinematic treats (Mario kick started the entire giallo movement with The Girl Who Knew Too Much in 1963), but he has nonetheless carved out a recognised and beloved niche in Italian genre cinema. Macabre, Body Puzzle, A Blade in the Dark, Delirium, and particularly Demons, will all be familiar to aficionados of European exploitation movies, but whereas Demons dispensed with characterisation and any shred of plot logic in favour of scatter gun gore, Lamberto's 1984 action thriller Blastfighter crafts a character-rich story which dispenses frequent action while still keeping the viewer emotionally invested... 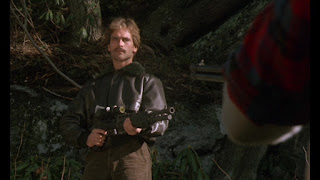 “I checked it out and it's a honey, Tiger.” Jake 'Tiger' Sharp (Michael Sopkiw, Massacre In Dinosaur Valley) is a former cop who has just been released from prison after serving several years behind bars for the unlawful killing of a known murderer. Met by one of his colleagues from the police force, Tiger is gifted a weapon – a modified Spas-12 shotgun with a fancy sniper scope (eh?!) and a host of intriguing rounds of ammunition – in a scene which practically turns into a softcore porno loop. However, given a chance to assassinate one of the men who put him behind bars, Tiger refuses to kill and retreats to the quiet hills of rural America. Much like John Rambo in 1982's First Blood, Tiger just wants to live out his remaining years in peace – but small-minded townsfolk just won't leave him be. 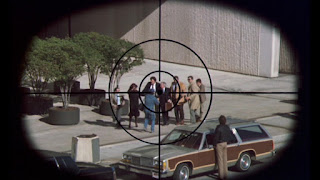 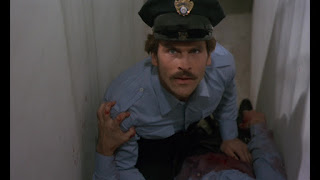 “Ya'll get your ass off this hill, the buck is ours.” These country bumpkins don't take kindly to Tiger's strong, silent ways after a run-in while out hunting, and at this point the moral line is drawn. The yahoos, lead by Wally (Stefano Mingardo) and his right-hand-man Matt (Ottaviano Dell'Acqua – that infamous zombie in Lucio Fulci's Zombie Flesh Eaters), hunt for profit – deer, bears, whatever the local exporter of Chinese medicine wants – meanwhile Tiger finds himself on the opposite end of the spectrum, adopting the orphaned offspring of the contested deer. Suffice it to say, Wally and his compatriots aren't the sharpest tools in the box thanks to their unbridled machismo, so a sadistic prank on Tiger begets a proto John Wick style response as Tiger's inner fury lashes out. 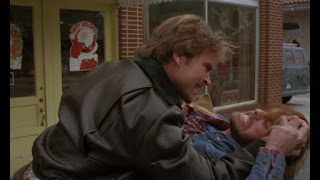 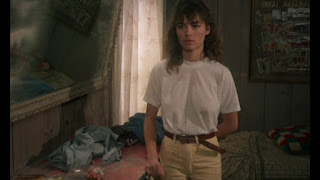 “I'll tell you who I am – a son of a bitch! Who wants to be left alone.” Before things get too out-of-hand, Tom (George Eastman, Anthropophagous) – Wally's brother and Tiger's oldest friend – intervenes and tries to broker peace amidst the simmering tension. In a small, down-at-heel town like this, hunting has become a business, explains Tom, and Tiger's more sophisticated ideas of preservation and only killing what you will eat goes down like a cup of cold sick these days. But some people won't be talked to and a cycle of retaliation burrows into the raging male psyches of this poor, hick town as Wally's boys kick start a war with Tiger, resulting in a maelstrom of explosive and escalating havoc. 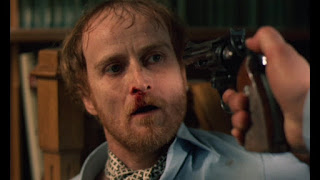 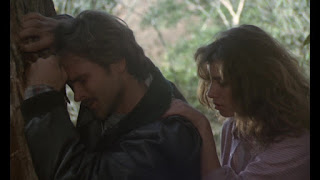 “I may be a male chauvinist, but you're acting like a girl with a pair of balls.” Some exploitation films never had the time or inclination to bother with subtle things like characterisation or emotional investment (or even plot – look no further than Hell of the Living Dead), but Blastfighter hits a powerful stride when Tiger's estranged daughter Connie (Valentina Forte, Cut & Run) turns up at his remote woodland cabin and makes herself comfortable. So shut-down by his tragic past, Tiger doesn't even recognise her at first, but her tough-as-nails stubbornness soon reveals her lineage and, ever so slightly, Tiger begins to poke his head out from his protected little corner of the world … only for unremitting violence to come crashing down upon any shred of hope he has for a quiet future. 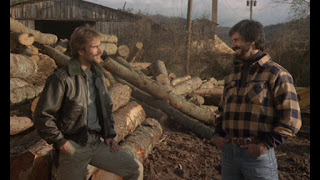 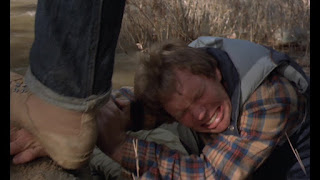 Wrought with rage and grief, and having been sent through the meat grinder of a corrupt system, Tiger can barely understand what life could be like with Connie by his side. The tortures and tribalism of masculinity are laid bare, with Lamberto Bava showing us how a recluse fearful of his own fury must sweat it out like a white-knuckled junkie, or how a group mislead by a warped alpha pulls everyone down to the lowest vestiges of humanity. Elsewhere among the cast, the supporting players tend to be given short shrift, but this central bond between estranged father and daughter, as well as Tom's position stuck between defending his hot-headed brother Wally and his long-time friend Tiger, give the film a good amount of heft, teeing-up clear conflicts for the respective players. 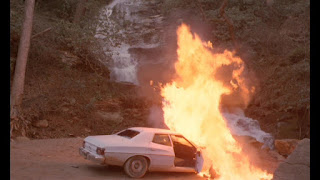 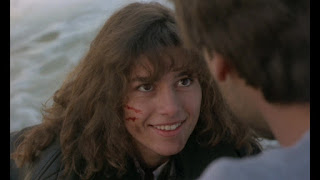 “Ooh, I gotta buy me a flying jacket so I can walk tall and be a real dude!” The film owes a debt to First Blood, but in a similar 'wilderness survival' vein, Blastfighter takes inspiration from Deliverance (even the same banjo-plucking yokel makes an appearance), and presents a none-too-subtle picture of hillbilly hell, but with a nice little twist. Wally and his fellow hunters are the real animals here, portrayed as an ever-expanding crowd of yahoos corrupted by mob mentality. If it means 'protecting their jobs', then murder and other nefarious deeds are on the table without question. Indeed, the ease with which new recruits join Wally's sadistic game sends shivers down the spine. It seems that here, on the cusps of civilisation, there is no regard for civility. 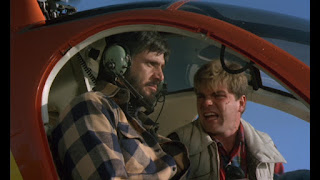 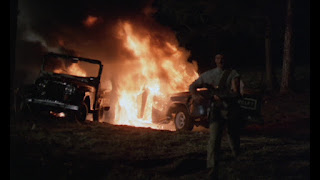 In the wilds of this beautiful land, as the circle of 'violence begets violence' heats up, even good men are driven over the edge. Despite all of Tiger's best attempts to lead a peaceful life, out of everyone's way, there's only so much a good man can take – and then all bets are off. Just as you're wondering 'when the hell is he gonna use that gun?', out it comes for a bombastic ten minute finale that is riddled with exploding cars and sensual slow motion shots of fanciful ammunition being slid into the breach of Tiger's weapon of vengeance. The imagery of a man regaining his potency – in this case through that hunter/gatherer simplicity of purpose handed down through male DNA over millennia – is there for all to see. Chock full with bullet-dodging barrel-rolls, vehicular mayhem, and limb-obliterating impact, Lamberto Bava closes his impressive action thriller with a memorable screed of sheer chaos that is well worth the wait. 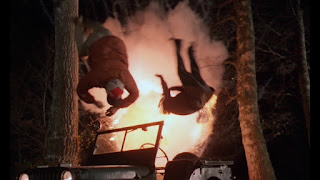 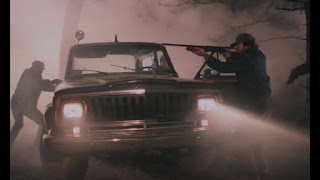 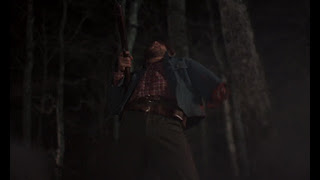 “One day your friend might be your enemy.” 88 Films' DVD release from 2015, on the Cult Cinema Collection sub-label, features a respectable and clean visual and aural presentation. Shame about the extra content, though, as there's only one featurette: a brief chat with the cinematographer which, due to poor editing and sound quality as well as a lack of worthwhile insight, doesn't demand a viewing. But that's a mere blemish, because this release (also available on Blu-Ray) gives wide access to a cracking little gem of Italian action. Boasting superb location work throughout, Bava's rip-roaring ride charges through its 84 minute run time with gusto and, in the times of Trump's America and Twitter's authority, the film's focus on divisions makes it still feel relevant. Skin-fans won't find anything, but the regular stream of survivalist spectacle – backed up by robust performances (including a brief appearance by Michele Soavi) – ticks all the right boxes for exploitation fanatics. Quentin Tarantino is reported to have said that, in his opinion, this is Lamberto Bava's best film – and I can't argue with that.
Posted by Nick Thomson at 11:47