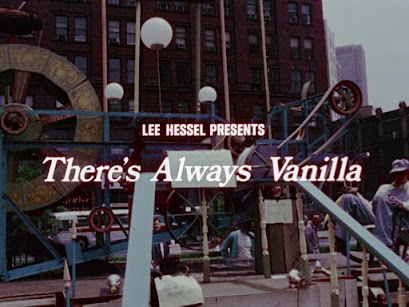 “Anything that has something happening has a purpose to it.” An experimental bitter-sweet romance drama is not what you'd expect to be directed by George A. Romero, the Godfather of the modern zombie, whose seminal 1968 film Night of the Living Dead not only defined a new sub-genre, but a new way of utilising horror to examine the world in which we live. Seeking to not be pigeon-holed by the horror genre, Romero and production company The Latent Image embarked on this character piece, which turned into a scattered and tense production with a final product that limped onto the silver screen after which it became a 'lost' film in Romero's catalogue. Indeed, Romero himself described the film as “an awful experience and I care very little about it”, but even with – seemingly – so little going for it, There's Always Vanilla now proves to be an intriguing time capsule of Pittsburgh, and America, in 1970... 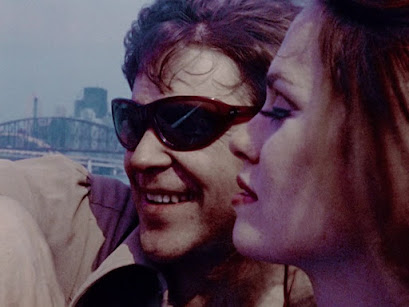 “You spend your whole life running away from your past. How come you always end up back here?” Vietnam war veteran Chris (Raymond Laine) is a free-floating waster and a musician who can't be bothered with the grind of a real band, who opts to drift about, charm women with his humorous outlook on life, and live off haphazard gigs as a session performer and his father's wealth. Lynn (Judith Ridley), meanwhile, is a woman caught amidst the expectations of herself, her parents (particularly her embittered mother), the men who love her, and the times in which she lives. Chris is clearly a misfit in society, a meandering soul who has no idea what he wants out of life, who has just returned to town after spending three years on-the-road. He rejects his father's offer of money to go to school because he doesn't want it 'getting in the way of his education', and has likely fathered a child with Terri Terrific (Johanna Lawrence), a Go-Go dancer at a local bar. This mother and child – the classic family unit – is something which simultaneously attracts and repulses fly-by-night Chris. 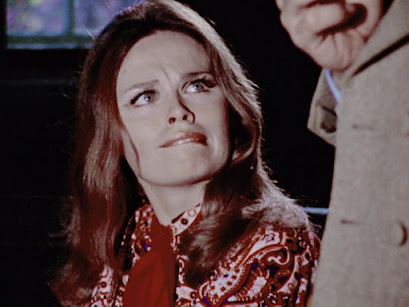 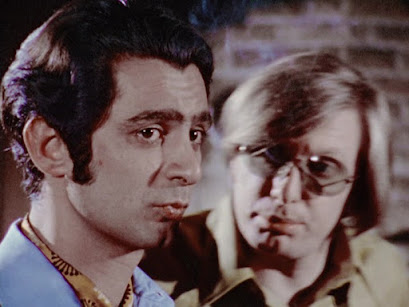 To a similar degree, Lynn is also circling the drain of becoming a 'never quite was'. She's an actress, but only in local television commercials for beer and toilet cleaner, and is being pursued by sleazy ad man Michael (Richard Ricci), whose view of women is about as advanced as his view of consumer products. The times are changing and Lynn is on the front line to seize new opportunities if she wishes, but she is nonetheless unhappy with any possible path that stretches out in front of her. Should she keep plugging away at the grind of smiling to sell domestic products, or settle down to a domestic role like the one that her mother resents now that her life has passed her by? While Romero's next film Season of the Witch (aka Jack's Wife, aka Hungry Wives) was a commercial failure, its examination of a woman's role in a changing society – of a middle-aged housewife seeking to join the exploration of new horizons, as afforded to the younger generation – shares some territory with There's Always Vanilla, and acts as a thematic companion piece. 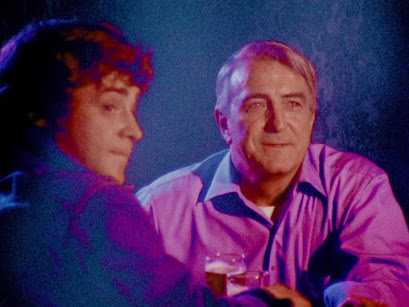 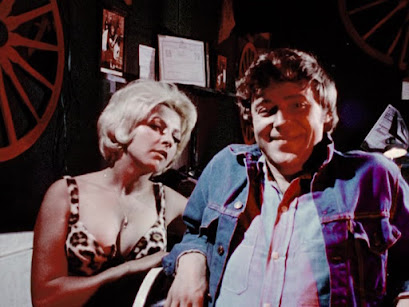 “You know, that's what's wrong with the world – people don't devote enough time to giving themselves reputations.” Chris and Lynn happen upon each other one day and quickly fall into a casual relationship, which belies the curious period of 'free love' that embodied the 1960s – an era that, in the film's context, was escaping like sand through one's fingers. To Lynn, sex is one thing but going to bed together is too intimate – so she literally makes up the couch for Chris. What begins as opposites attract – Chris' rogue 'charm' is based on 'negging' and a derision for 'straight life' – inevitably winds down into the looming inevitability of suburban domestication. Will Chris really endure a career in advertising, trying to 'sell the military' to young men in the midst of the Vietnam war? Can Lynn make her own mind up between money and independence (but a loveless life) or the familiar but potentially imprisoning nature of following in her mother's traditional footsteps? 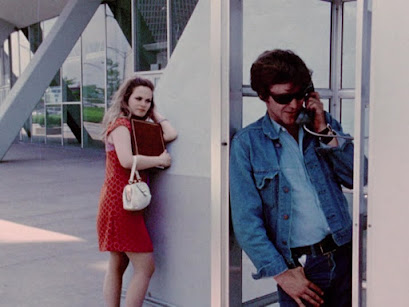 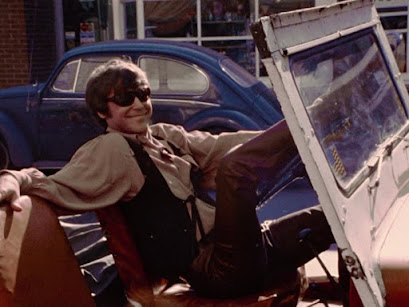 “Well, there goes an example of the pot putting a bad mouth on the kettle.” Written by Rudy Ricci, there's no denying that There's Always Vanilla suffers from a scattered sense of self, its narrative as meandering and occasionally unruly as that of its male lead. However, while it was a commercial and critical failure upon its initial release, all these decades later it does offer up a glimpse into America as the hippy dreams and hard-won struggles of the 1960s gave way to what would eventually be the commercialism and abandoned hopes of the 1970s. There are glimpses of satire throughout, particularly at consumer culture (which Romero would skewer with glee in 1978's Dawn of the Dead), as we are taken behind the scenes of the television advertising industry. Biting the hand that feeds (Romero and his co-workers at The Latent Image worked in that same field for many years, selling beer, detergent, and lawnmowers to suburbia), There's Always Vanilla is low-key disobedient with a wry sense of humour. 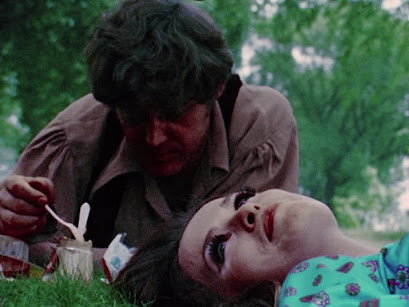 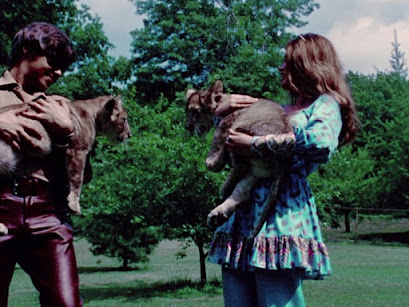 “Listen, your old man can still cut the mustard.” Beyond the authentic sense of falseness ever-present in the world of advertising, personified by Lynn's wannabe romancer Michael, the film plays with some interesting ideas of the times. We see the generational schism between Lynn and her mother, but also between Chris and his father Roger (Roger McGovern), whose humdrum middle-aged life is briefly shaken-up when his son takes him to a bar, gets him laid with a Go-Go dancer in a leopard print bikini, and introduces him to marijuana (at a time when 'grass' was seen as dabbling with the Devil and an assault on American values, long before its current mainstream acceptance and, oddly enough, rampant commercialisation). Out-of-touch with his son's generation, there's a particularly funny moment when Roger clumsily asks his son how much he should pay the girl he spent the night with. To his generation, sex beyond the realms of marriage or transaction is an utterly alien concept. 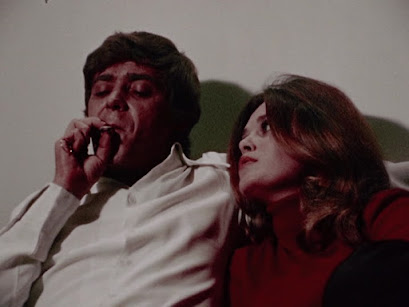 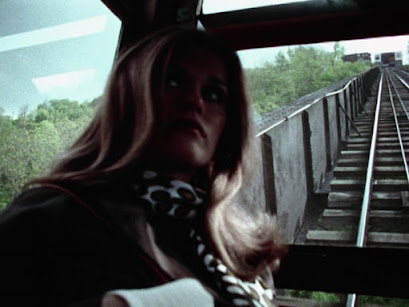 “Oh, it's beautiful, but what does it do?” Made on a minuscule budget, and developed from a short film audition piece for Raymond Laine, the film was cobbled together piece-by-piece over several months during 1970, shot between paying gigs making commercials and according to whenever Ricci would supply handfuls of script pages. Naturally, this scattered approach to narrative film-making leads to a final product that feels as disordered as a wandering wastrel high on 'the pot'. Romero has spoken of the film as little more than a learning experience (and not a fun one at that), saying that he edited the film more than he directed it. Indeed, there are some interesting experimentations with editing throughout the film, some successful and others not so much. The fourth-wall breaking 'interview' (of sorts) with Chris as he looks back over his relationship with Lynn is evidently an attempt to stitch the narrative together with some level of cohesion, but there are some other quite effective moments. For example, Chris and Lynn's picnic in the park when they're getting to know each other is almost entirely comprised of quick-fire questions and few (if any) answers. Similarly, a lovemaking scene is intercut with the making of a television commercial, causing the personal and impersonal to clash pointedly as Chris caresses Lynn's breasts in one scene while Michael (whose advances were spurned by Lynn) 'dresses' them with bath bubbles in the other while a bored camera crew wait around. 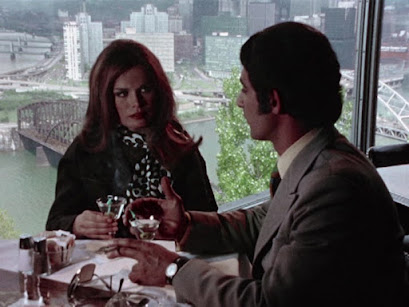 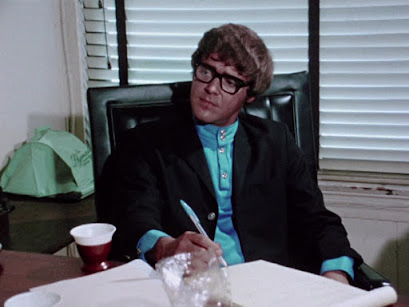 Despite Romero's own disappointment with the film, and even though he had no involvement with the script, you can still capture a sense of the man's emerging style. In addition to directing and editing, he also photographed the whole film, and as such that very particular look of Romero's films prior to Creepshow – drawn from his experience making TV commercials – is quite evident. Indeed, that captivating 'Romero look' (which involved a vast amount of coverage) was something that the filmmaker would finesse in the years that followed with Season of the Witch, The Crazies, and Martin, before reaching their peak with Dawn of the Dead and Knightriders. 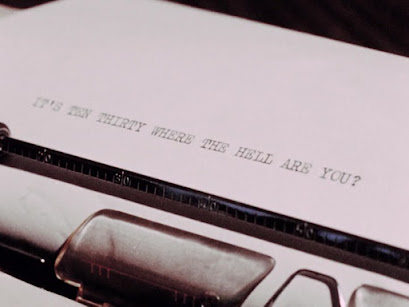 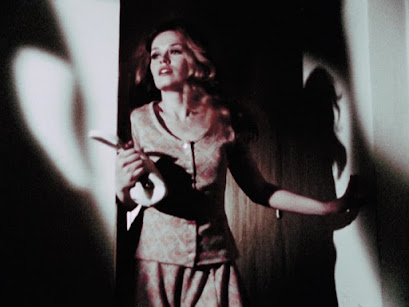 “That's it – beautiful – the mouth thing!” As a huge fan of George A. Romero's work I had seen all of his films except There's Always Vanilla, which was – for a time – essentially, if not literally, 'lost'. It may have taken me a very long time to get around to it, having started my journey into Romero's work in my early teens, but I'm glad that it took me this long. I have no doubt that had I tried to watch this film in my teens – or even my twenties – I'd have likely hated it. However, with an ever-broadening perspective and general outlook on the world (and particularly as I explore and develop my own writing skills), I found an awful lot to like about There's Always Vanilla. It may be flawed and at times even a bit dreary (you'll need to be in the right mood to dig it), but it offers up a glimpse into the past, not just visually but also spiritually. Amidst all the fashions and hairstyles, you get a sense of what the youth of America was like: what they were thinking about, what they were experimenting with, and what the world had in store for them. 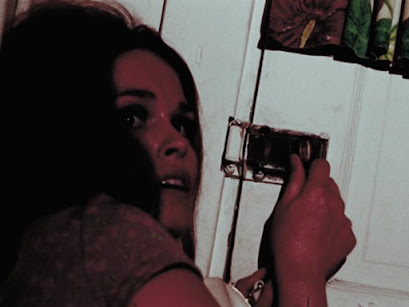 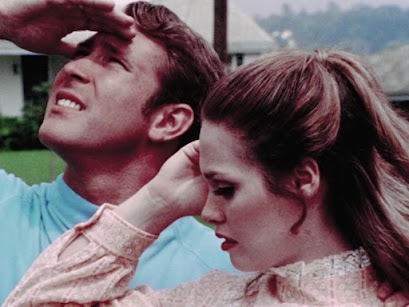 “We didn't know it was gonna happen. That's why I can be honest.” Arrow Video's 2017 release – either stand alone or as part of the 'Between Night and Dawn' boxset – does a solid job of restoring this low budget and little-seen film, especially so when considering the 'unstable' quality of the film stock that was used to actually make the movie. In addition to an audio commentary by Travis Crawford, a trailer, and image galleries, there is an honest and revealing retrospective documentary featuring interviews with producers John Russo and Russell Streiner, stars Judith Ridley and Richard Ricci, as well as sound recordist Gary Streiner. To any Romero fan these names will be familiar, as will numerous others who were involved in the film (including: Bill Hinzman, Richard France, and Vince Survinski). Finally, there is also an archive interview with Romero himself in which he appears visibly depressed when discussing the film, and not much more elated when talking about Season of the Witch (which similarly had a botched advertising campaign and little success at the box office), but despite the sad sight of a deflated Romero ruing those troubled films, the interview is certainly candid and informative.

N.B. Screenshots were captured from the DVD copy of the film.