Tonino Valerii's only venture into the world of the gialli flick is as much a poliziotteschi crime thriller as it is a bloody murder mystery. George (All The Colours of the Dark, The Strange Vice of Mrs Wardh) Hilton plays Inspector Luca Peretti, the cop who is (typically enough) obsessed with his latest case, which kicks off with a novel use for a dredger – decapitation – one of the films stand-out set-pieces. 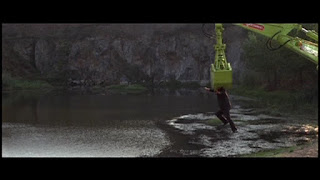 As Peretti's case gets ever-more-twisted, he finds himself trapped within a complex web of deceit and a hidden truth that someone is going to murderous lengths to keep a secret. Eventually it becomes clear that at the heart of this growing pile of bodies is the missing child of a rich family, that is populated by an untrustworthy group of liars and cheats – but who is to blame and why are they resorting to cold-blooded executions?

Click "READ MORE" below to continue the review and see more screenshots... 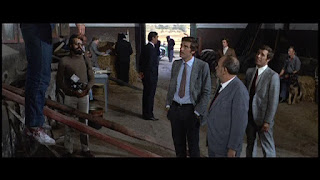 In traditional gialli fashion, there's innumerable shots of the killer's hands clad in black leather gloves, and right up until the closing seconds the truth remains obscured. The plot does begin to stretch into slightly too-convoluted territory in the second half, but with some impressive visual flourishes, and a handful of particularly memorable death sequences, Valerii's film holds together. Speaking of set-pieces, this killer has a fondness for tools – in addition to the dredger, they take an electric handsaw and use it to slice and dice (with gushes of blood) yet another victim, and all from the first person perspective. Indeed, it is this sequence, full of drawn-out tension, that proves to be the film's high point. 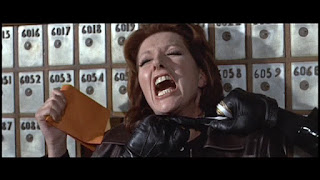 While Ennio Morricone's score isn't one of his most memorable, his usual charming idiosyncrasies nonetheless come to the fore. In addition, with some stylish compositions from director of photography Manuel Rojas, linked with razor-sharp edits by Franco (Suspiria, Inferno, Opera) Fraticelli, My Dear Killer proves to be an effective giallo, albeit one that never reaches the rarefied atmosphere populated by the likes of TheStrange Vice of Mrs Wardh (Sergio Martino, 1971). 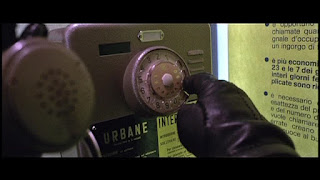 Shameless Screen Entertainment's 11th release is, being one of their earliest entries, rather scant on extras (a trailer and some 'forthcoming attractions' is your lot). The transfer, meanwhile, does feature some grain and print damage throughout, but considering that the film has nice, clear audio, is here in its original aspect ratio (2.35:1) and is the sort of flick that has usually been overlooked, it's a decent presentation. As a matter of fact, the print damage adds to the film's gritty period charm. 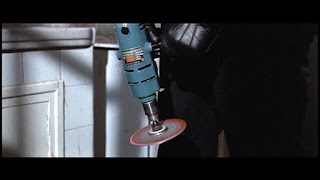 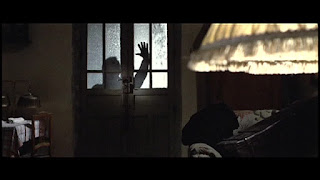 Gore-hounds and bared-flesh-enthusiasts may well find themselves a tad disappointed, but those with a penchant for an obsessed detective being pulled deeper and deeper into an increasingly twisted murder mystery will find plenty to enjoy here.
Posted by Nick Thomson at 17:30