During the summer of 1999 I took part in a one week taster course at the local Art College. The week was split into two – video and then photography. It was in the first part of the week that myself and a fellow filmmaking friend put together (as was the task set to our group) a music video. We chose Iggy Pop’s “Lust for Life”, and set about tearing around the city (with the bulky VHS tape loading video camera) getting a variety of shots, to which we added some stop motion animation. We then edited the whole thing together via analogue means (before digital editing really took off). 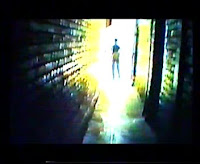 Inspired by The Adam & Joe Show, myself and the guy I did the Lust For Life video with, had been doing a number of our own “toy movies” and A&J style skits. One of the last “toy movies” we did together was this, a spoof of George A. Romero’s “Night of the Living Dead”. At the time it was edited in-camera from start to finish with no breaks – simple stuff, but nonetheless a lot of fun. 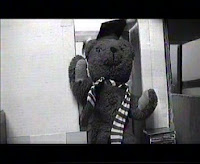 Shot on Father’s Day, again edited in-camera from start to finish with no breaks, this was a solo “toy movie” effort – a spoof of Sam Raimi’s “The Evil Dead”. This time I spent more time recreating the famous cabin in cardboard (as well as props, a cardboard car, and a woodland backdrop) – not to mention adding simple lighting and video effects for further punch. Like with Night of the Living Ted, I would come to do a simple re-dux version in 2004. 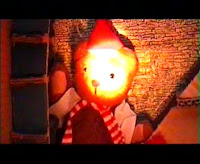 A simple piece of ‘found footage’ experimental editing – I gathered a bunch of random stuff I’d first shot in 1999-2000 and cobbled it all together to a soundtrack. It was really more of an editing experiment than anything else, and one of the last things I ever edited using analogue methods. 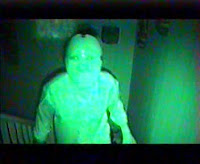 Another experimental short, this one involved me trying things out using light and the manual exposure control on my Hi8 video camera. Visually it was also about looking at ordinary things and making them look odd/unrecognisable (reflections in a metal tube, the worn spine of a book, light cast against walls and objects, etc). 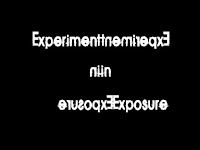 Later re-edited digitally, this was my flirtation with stop-motion animation. I modelled a handful of characters (one soldier, and a three zombies) and did two scenarios inspired by George A. Romero’s “Day of the Dead”. It was a great excuse to let the plasticine blood & guts fly. 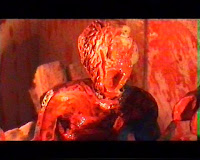 Another experimental ‘found footage’ short – again using a variety of film and television sequences, cut to a specific piece of music (hence the title). The main purpose was an editing experiment – editing (very tightly) to the beat of a piece of music. 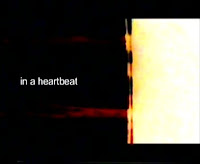 I would ultimately cut together three versions of this experimental short, inspired by the opening sequence of the remake of “The Texas Chainsaw Massacre”. That down and dirty, gritty crime scene examination vibe really got to me, and I decided to put together my own version – the ‘crime scene’ being the shed in the back garden of our off-campus residence at university. Indeed, this is the source of the name for DeadShed Productions.

During editing I gave it a high contrast black & white look with faux film grain and damage, and added some creepy audio (inspired this time by the soundtrack to the original “Texas Chainsaw Massacre”). Of all my early experimental shorts, this continues to be my favourite, and I almost did another similar video a few years back. 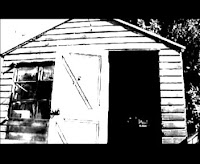 Another experimental short which used a similar gritty aesthetic as “DeadShed”, but this time using footage shot while I was making “my NIGHTMARE”. It ran for 15 seconds and was submitted to the 2005 Nokia Shorts competition. 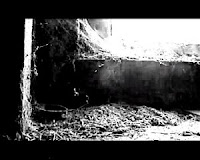 This one-minute short was intended for BBC One Minute Movies that year, and it was a creepy look at Great Yarmouth (using the footage I had personally shot for “See the Other Side”). 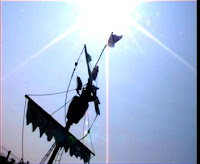 I was in full-on experimental short mode in 2005 alright. This one was a ‘found footage’ piece using a variety of war footage set to a piece of music of the same name. 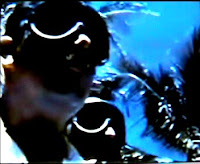 This experimental semi-documentary was inspired by the media blame circus that revolved around Rockstar’s videogame “Manhunt” in the summer of 2004 here in the UK. Visually (and in terms of the narration) this semi-documentary is inspired by the aforementioned videogame itself, and kept ballooning as more videogame controversies came about. It all culminated in the infamous “Hot Coffee” scandal (related to GTA: San Andreas). The intention of the film was to examine the media hype, and the blame culture surrounding tragic, and not-so-tragic, news stories. 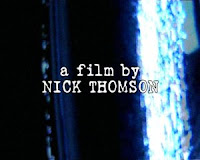 Originally intended for an online video competition for an extreme sports company (which just seemed to come and go with no winner announced or anything, rather disappointingly), this short fitted under the category of “jackass style” – in other words, daft and weird.

The short is about a couple of rural odd balls who are addicted to “happy slapping” (an act which became news worthy that year) like it’s a drug. It’s another fond memory of my friend and I standing around on the side of a rural road in the middle of winter pratting about making silly faces and putting on daft voices. 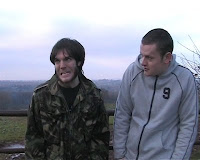 The website UndeadGames.com is a modding community for the videogame “Road to Fiddler’s Green” (a zombie game loosely based on George A. Romero’s “Land of the Dead”). I was so impressed by one of the mods on the website (which allowed the player to explore the underground complex featured in Romero’s “Day of the Dead”) that I offered to put together a little promo video for them, which was also in part a personal thanks for such great modding work on their part.