What is this blog?:
This blog acts as my website, collecting together information about, and links to, all my work (both personal and professional) plus general updates. It is also home to various other content, including extensive film and DVD reviews, my thoughts on the output of the movie industry (e.g. this piece on the MPAA vs the BBFC in regards to Deadpool), and as a fun aside that keeps me entertained, and which is quite popular around the world - memes for AMC's The Walking Dead.

Biography:
I am a British Self-Directing Cameraman, Editor, and Screenwriter. I am also the author of "Celebrityville", "Sleb: Tigress of Celebrityville", "How Mr Snuffles III and Others Met Their Maker" (all darkly humorous and satirical thrillers set in the absurd world of celebrity) as well as "Dug Deep" (a supernatural horror thriller).

In recent years writing has become my keenest passion and pursuit. In addition to being a Staff Writer for Sleaze Fiend Magazine (a publication all about exploitation cinema), I continue to hone my craft at screenwriting. I placed in the 2014 Screenwriters Goldmine Awards with "Sleb". My most recent screenplay is "A Sideline In Vengeance".

From a very young age I became obsessed with film. This fascination continued to develop as I grew older, and greatly influenced me throughout my GCSE and A-Level Art qualifications.

I originally intended to study Graphic Art at University, but finally realised that film (and, more broadly, storytelling) was my main passion in life. I attended the University of East Anglia and studied Film & Television Studies, graduating with a 2:1 BA (Hons).

I have worked as a Research Writer on the subject of film, and with the Rural Media Company in Hereford on such projects as the "BBC Local TV Pilot Project", and "Show & Tell", a government-sponsored video testimonial examination of rural poverty.

I have also worked on a variety of Arts Council projects, such as the street-based performance "Sturgeon Moon" in Bridgnorth, the student opera "The Handless Maiden" at the Trinity College of Music in London, the Winter Lantern Parade at Great Malvern, and “Sabrina and the Engineer” again in Bridgnorth.

"Contempt of Conscience", is an independent documentary about UK protest group The Peace Tax Seven, on which I acted as cameraman (as well as some additional editing, and consulting). It has gone on to be shown at film festivals (both foreign and domestic), on TV, and is available to view online at TopDocumentaryFilms.com.

"The Racket" is a short documentary about World War One and profiteering. I acted as editor, camera operator, and script editor. It was nominated twice at the St. Tropez International Film Festival 2014, and gained further nominations from other film festivals - including a nomination for Best Editing in a Documentary Short from the Porsmouth IFF. Watch the trailer HERE.

In recent years I have also been working (as Cameraman, Editor, Script Editor, and occasional Script Writer) on educational DVDs, such as “Sex & Ethics”, “Gaia & Genesis”, "War & Peace", "Abortion: Ancient & Modern", "The Problem of Evil", "Life After Death", and "Ethical Theories", which are designed for GCSE and Sixth Form students. These award-winning films have been well-received by teachers and students alike. Follow the links for Ethics Online's Website and YouTube Channel.

I have had work (both official and personal projects) shown at various film festivals and screenings over the years (such as Bristol Bloodbath, Borderlines, Phantasmagoria, and the theatrical screenings of American indie-zombie movies “Deadlands 1 & 2”). In the case of the latter, one of my short films featured on the best-selling Tempe DVD release of “Deadlands: The Rising”. A full list of festival and television screenings (at home and abroad) and project information can be found listed on the right-hand-side of this blog under Credit Highlights.

I also took part in the Frieze Film "Road Movie" YouTube project. Footage from chosen films (of which I was one) was re-edited into four 3 minute long experimental shorts for the "3 Minute Wonder" segment on Channel 4.

In my spare time I continue to practice my craft with short ‘literally no budget’ indie films, which provide a challenging atmosphere in which to come up with films that are different, interesting and visually arresting, using sod-all money.

To view my Top 50 Films of All-Time, click here. 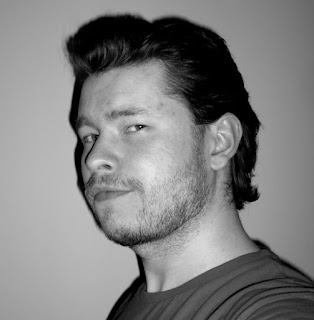 The Inevitable Decomposition of Zombie Man: